It’s an all-DC special today.  We have three interesting comics to look at.  Let’s do this! The Spectre #1 from 1967: Seriously.  This issue is all about the Spectre fighting the astral form of a pirate hopping through time to try to be the richest and most powerful man ever.  I am not clever enough to think of an idea like that.  It’s a cross between the spooky ideas of the Spectre and pirate stuff.  I just don’t know how I feel about it.  It was so completely bizarre and full of bright colors and jumping around time and sword … Continue reading → 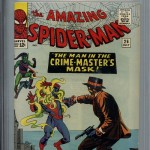 25% off site wide with PROMO code PUMPKIN Thursday October 14, through Tuesday October 19th!  This includes every comic listed here on the site. All orders must be paid for online (credit card or paypal), but can be picked up at the store to save on postage, if you choose.  All you have to do is type in the promo code at checkout and the discount will automatically be applied.  The discount does not apply to comics purchased at the store. Hurry, sale ends Tuesday! Continue reading → 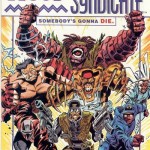 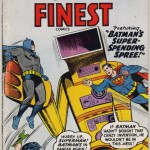 This Cardinals game is depressing me, and I’m already exhausted, Let’s look at some old stuff! World’s Finest #99 from 1959 I can honestly say this wasn’t what I was expecting.  They manage to cram four different stories into one issue and it kinda seems like the type of story that would be ideal for younger generations.  The first story is all about Batman trying to spend a million dollars, and the wacky hijinks as Superman tries to prevent it.  It was just as goofy as you think it would be, and ends with Batman mocking Robin while Superman laughs … Continue reading →