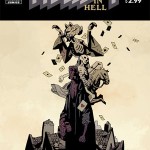 All right folks, I’m back! There’s a lot of different things and a lot of different opinions about them. Let’s do this! Batman Eternal #6 Writer: Ray Fawkes Artist: Tervor McCarthy Futures End #2 Writer: Various Artist: Jesus Merin. Let’s talk about DC weeklies, shall we? Always providing varying degrees of content, DC loves to see how many times they can get you to spend $2.99 a week. But are they any good? The answer is “sigh… eh?” Batman Eternal has had more time to breathe, and it’s been diving head first into a Gotham Gang war, with lots of … Continue reading →

The Latest and (Mostly) Greatest #52 by Dan!

By having entry 52, this means I’ve been doing these reviews for 2 years. How times flies! I’d like to thank you all for reading and I’m sure you’d like to thank me for writing. Well, here’s some more writing for you to be reading (I’m just going in circles), Let’s do this! Manhattan Projects #4 Writer: Jonathan Hickman Artist: Nick Pitarra While Hickman embraces subtlety and the slow burn in his other title, Secret, this book is where he really goes out of his mind. It’s like he had a bunch of pent-up ideas about creations and people and … Continue reading → 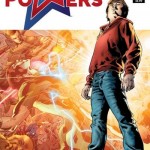 America’s Got Powers #1 (of 6) — Writer: Jonathan Ross;  Art: Bryan Hitch Ross is the former British talk-show host who’s a big comics geek, and has dabbled in writing them before (Turf, about Prohibition-era vampires, came out a year or two ago). Here, he’s snagged Bryan Hitch as artist, which helps his cause considerably. The comic itself is nakedly commercial: it’s a mashup of J. Michael Straczynski’s  Rising Stars (radiation from a mysterious meteor causes a bunch of kids whose mothers are exposed to it to be born with super-powers), America’s Got Talent (there’s a reality show wherein the … Continue reading →

The Latest and (Mostly) Greatest #45 by Dan! 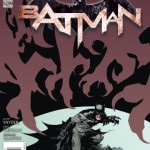 Another day another dollar, and there are lots of dollars worth of comics that came out this week. So let’s do this! Batman #7 Writer: Scott Snyder Artist: Greg Capullo This is the best comic of the DC reboot. It’s moving along at it’s own pace; it’s doing it’s own thing, and it’s completely accessible to a new reader. Oh!… and it’s totally awesome! This story seems to be crafted out of the previous Gates of Gotham series, but you don’t even have to read that to understand what’s going on. There’s a section that is almost exactly the same … Continue reading →

It Came From the Back Room #36

Standard recap: I’m slowly going through AABC’s one-million-plus back-issue room, restocking the boxes on the sales floor and pulling stuff to sell as discount/overstock/special items (these are featured at the discount racks at the west end of the store for two weeks after each post, and then go to the discount racks on the east end of the store for a few weeks, and then disappear into our warehouses, so get them while you can). I’m going through the alphabet backwards (don’t ask), and at my speed (especially with the school semester in full gear), this amounts to a two-year … Continue reading →