Futures End #2 Writer: Various Artist: Jesus Merin. Let’s talk about DC weeklies, shall we? Always providing varying degrees of content, DC loves to see how many times they can get you to spend $2.99 a week. But are they any good? The answer is “sigh… eh?” Batman Eternal has had more time to breathe, and it’s been diving head first into a Gotham Gang war, with lots of pieces in play. It’s pretty enjoyable, but then Joker’s Daughter shows up. It’s a little bogged down by the excessive amount of characters, but it’s still got potential. Future’s End is two issues in and man am I immediately not caring. Green Arrow is dead (but won’t be soon), there’s a big funeral and Batman Beyond exists. Weeklies always have trouble staying focused, and out of these two, Batman seems more straightforward. They’re both sitting firmly in mediocrity, not as awesome as 52 was, but not as utterly dreadful as Countdown.

Hickman originally seemed to have the main Avengers title be purely cosmic, and New Avengers deal with the Illuminati, but I have noticed that these books have seemed to switch roles. The big reveal that made me start reading New Avengers (mindwipes) comes to a head with the Original Sin tie-in. It’s a very well put together book done by two of the top creators working at the top of their game. New Avengers is still about the Illimunati, but it’s now mostly about saving the entire world from crashing into worlds of other dimensions. Hickman has announced that he has an end date to his work on the Avengers, so we should enjoy it while it lasts. And enjoy it I will, it’s solid amazing stuff. 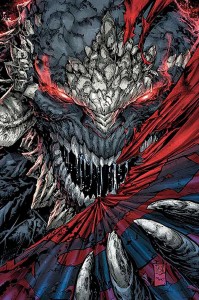 Oh what a difference an artist makes! Superman: Doomed is an OK book made worse by the Top Cow type art of Lashley. The whole point of this crossover is that Superman defeats Doomsday, but gets infected by some component that turns him into some evolved version of the villain. I’m sure the story is ok, but the art is just so rough and scratchy that it’s hard to get into. Action fares a little better, but that’s only the pages that are drawn by Stewart. The others look like Stewart-lite, but his pages absolutely jump off the page. The whole story in both issues is pretty much OK, but the art just drags it down to the point where I’m not sure I care. 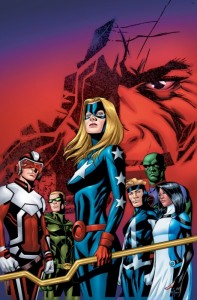 I want to love this book. McKone is an absolutely fantastic artist, with clear distinctions between each character, and this book is no exception. Lemire basically put a generic superhero team vs. giant ugly monster fight in for the full issue, and just lets McKone do his thing, and it’s pretty awesome to look at, but I just find myself not interested in where any of it is going. There’s a whole subplot with Hawkman and Lobo that seems a little similar to the main plot of the current Silver Surfer book, and there’s been a chopped off arm (because this is a DC book after all) and I should love this, but I just can’t quite commit to it. It may be worth checking back on in a couple months but right now it just gets a solid meh. 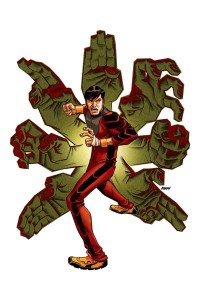 I have no explanation for why I enjoyed this book so much. It’s a very straightforward ninja fighting book. A friend of Shang Chi’s has died, so he goes to investigate. This leads to a city full of ninjas (because of course it does) and we get a good ol’ fashioned mystery plus some sweet ninja fight scenes. While the cover (by Dave Johnson) does nothing to imply the contents in the book, Huat draws every page with an intensity not found in most heavy fighting books. It’s a really solid first issue setting up plenty of future plot. It’s good stuff and worth checking out. 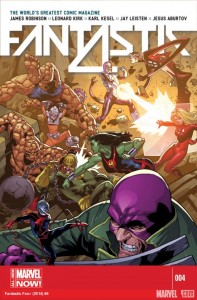 While the first issue didn’t really do much for me, this series has slowly ramped up the pace and is building what could be a pretty fantastic story (ha, that use of fantastic was not on purpose I swear!). The first issue hinted that things were going to go bad for everyone, but so far the only one with any issues has been a de-powered Johnny Storm. This issue provides some background into just how deep this story plans to go, with the Wrecking Crew being re-formed by The Wizard, but this time called the Frightful Four. It’s a big fight issue, but it feels like the next step toward something bigger. Watch out for this book, it could be growing into something awesome. 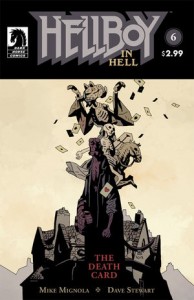 Hellboy in Hell #6 Writer/Artist: Mike Mignola: This book just keeps chugging along. It’s not my favorite, but I feel like if I had been more deeply invested in Hellboy, I’d absolutely love it.

Stray Bullets: Killers #3 Writer/Artist: David Lapham: Every month that Lapham brings Stray Bullets back to the comic book scene is a fantastic month in my book. Just read it dummy!

Ghost Rider #3 Writer: Felipe Smith Artist: Tradd Moore: The book is a little goofy, but I’m worried cause I feel like not a lot is actually happening. It’s a beautiful book, but I’m not sure how invested I can get. 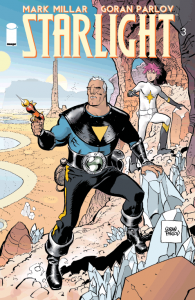 Starlight #3 Writer: Mark Millar Artist: Goran Parlov: I want to love this book, and things are beginning to happen, but I just can’t fully commit to it. It’s fine, and worth looking at, but it’s not there yet.

All-New X-Men Writer: Brian Michael Bendis Artist: Stuart Immonen: Speaking of books I just don’t care about. The time traveling heroes just seems to be running around in circles at this point. So much talk, with so little actual action. Bleh.

And that’s the week! See you folks next time.

This entry was posted in News and Events, Reviews and tagged Batman, Hellboy, Mark Millar, New Avengers. Bookmark the permalink.