The Latest and (Mostly) Greatest #52 by Dan!

By having entry 52, this means I’ve been doing these reviews for 2 years. How times flies! I’d like to thank you all for reading and I’m sure you’d like to thank me for writing. Well, here’s some more writing for you to be reading (I’m just going in circles), Let’s do this! 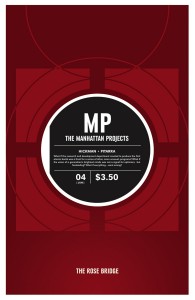 While Hickman embraces subtlety and the slow burn in his other title, Secret, this book is where he really goes out of his mind. It’s like he had a bunch of pent-up ideas about creations and people and twists and turns that he wanted to place in a multitude of books, but he just decided to dump them all into one. At times overwhelming, the book never stops being interesting. Pitarra embraces the insanity with his colors, used to establish which character is which, aggressively change tone, and split scenes. It’s an absolutely fantastic book all-around, and just keeps getting better. 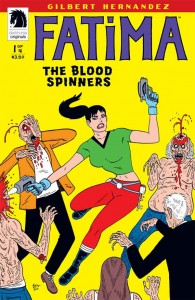 Having never read Love and Rockets, I don’t have a real attachment to the work of Los Bros Hernandez, but that doesn’t matter here. Gilbert is taking the new wave of Dark Horse “originals” into the zombie genre, but, of course, with a twist. The main character is a former officer with a sordid past explaining how a drug that is the ‘greatest thing ever’ then turns you directly into a zombie with only a mythical cure. Hernandez puts everything in place, and is able to create an entire world in a single issue. It’s got a strong female lead, great character work and an intriguing storyline that I can’t wait to continue reading. 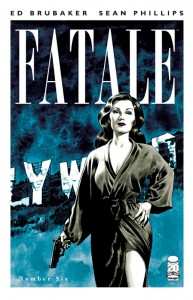 There’s nothing any of you can say that will keep me from buying a Brubaker-Phillips joint. Almost month in and month out, they release a creator-owned book that makes you wish mainstream comics were just a little bit better. This is the beginning of Book 2 of the series, and it actually works as the first part of a stand alone story. I’m sure later on, we’re going to need to remember pieces from the first five issues, but right now it’s just piecing together the next big chapter. More than anything it’s just so damn pretty. Every single page is worth looking at, analyzing and pouring over. It’s amazing stuff. 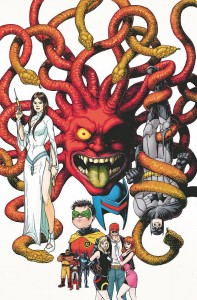 Whoa! Info dumps, origin stories and retcon comes to a head with this issue. Morrison, as always, has a grand master plan that’s better than anything you or I could possibly come up with. This issue is specifically “Talia: Who I am and How I came to be,” and it’s awesome. Talia Al Ghul is given proper motivation for her actions, it ties into past history of Batman and it’s just a good time. Burnham grows on me almost every single issue, and this is no exception. His crazy post-Lazarus pit Ra’s is a sight to see, and I look forward to seeing his pages every single issue. Great stuff. 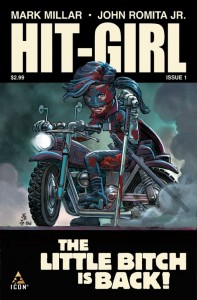 All right folks, newsflash: Kick-Ass 2 wasn’t very good. What made the first Kick Ass work was it’s surprise factor. Yes, you had a little girl saying the ‘C-word’, but you also had shock and unexpected consequences. Millar escalated the second series to the point of farce and just completely lost me. So what do we get with Hit-Girl? It’s a big ball of Meh. It’s set in between the events of series 1 and 2, but is so desperately trying to make sure you know how important it is. It’s working almost as an origin for the second series, when we didn’t really need one. Romita Jr doesn’t even provide the real art here, just breakdowns. It’s just mediocrity personified, and the whole franchise is beginning to really fall apart. 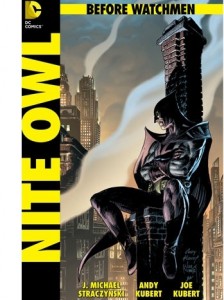 Hokay… This isn’t good. That’s the only way I know how to put it. I like the Kuberts, but Joe doesn’t ink Andy very well, in my opinion. It hurts the book from a purely visual standpoint, and it’s jarring. THEN we get to Straczynski. You’d think the writer with the most controversial opinions on the project would give you a good story, but instead we’re stuck with him re-writing Watchmen origins, stealing scenes from the original book and working heavily in cliche. It’s just not a good book, and it’s the first of the four series that I can definitively say hurts the whole project.  Ugh, I hope I don’t have to keep having this book in my review week. Maybe the Professor will like it more…? 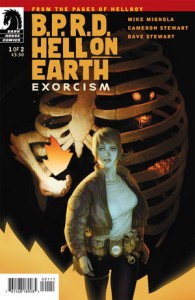 B.P.R.D. Hell on Earth: Exorcism #1 Writer: Mike Mignola Artist: Cameron Stewart: This book is saved by Stewart’s incredible art and it’s probably going to be a sleeper for best Mignola-verse story of the year.

The Ultimates #12 Writer: Sam Humprhies Artists: A lot of them: Things come to a head (which works as a joke about Tony Stark’s brain tumor) and everything starts to wrap up. The Ultimates reboot has been a good story worth reading. 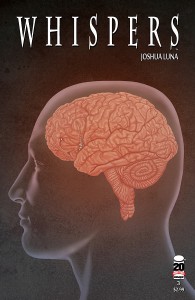 Whispers #3 Writer/Artist: Joshua Luna: This book gets darker by the issue and more existential too. It takes too long to come out and that hurts it, but I have enjoyed every issue.

Wolverine and the X-men #12 Writer: Jason Aaron Artist: Chris Bachalo: Weird book overpowering Kid Gladiator, then killing him. I liked it, but I also didn’t like pieces of it, I’m a very complex person like that.

Reset #3 Writer/Artist: Peter Bagge: Things actually get better for the unlovable protagonist of this book. If you like Bagge, you’ll like this book. I do, so… I do. Simple as that. 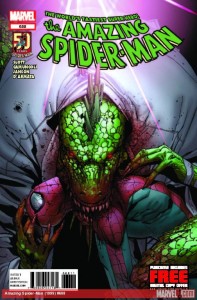 Amazing Spider-Man #688 Writer: Dan Slott Artist: Giuseppe Camuncoli: ASM has been doing it’s own thing for a while, and this picks up on a previous story drawn by Bachalo. It’s just as good as it’s been for the last couple years.

Hulk #10 Writer: Jason Aaron Artist: Tom Raney: I just can’t believe how much I’m digging this story, then Hulk’s in space fighting Russians and space bears and I know EXACTLY why.

And that’s the week. the League of Extraordinary Gentlemen came out this week and as always it made my brain hurt and I didn’t get 75% of it. That is all.