The Latest and (Mostly) Greatest #45 by Dan!

Another day another dollar, and there are lots of dollars worth of comics that came out this week. So let’s do this!

This is the best comic of the DC reboot. It’s moving along at it’s own pace; it’s doing it’s own thing, and it’s completely accessible to a new reader. Oh!… and it’s totally awesome! This story seems to be crafted out of the previous Gates of Gotham series, but you don’t even have to read that to understand what’s going on. There’s a section that is almost exactly the same as this week’s Nightwing issue, meaning that tie-ins are about to begin. That’s not the worst thing I’ve heard, hopefully it will improve some of the other struggling Bat-books. It’s worth getting all the back issues and catching up. 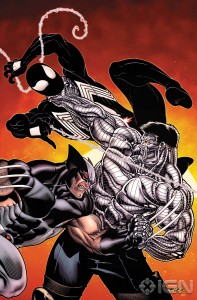 I never want to stare, but I can’t look away at these kind of mini-series. It’s just terrible, terrible stuff. Let’s start from the top. The cover features two characters that dress in a way that doesn’t match what they wear in the comic. From there we get the story of how the X-men and Avengers work together to stop Cable. You know the X-men and Avengers, who are supposed to be FIGHTING in two weeks? Yeah, they’re “bestest’ best buds here. Cable dies, but then in 3 pages he totally doesn’t. Hope officially becomes the Phoenix, and I just don’t care at all anymore. I’d rather go back to Red Hulk punching the Watcher in the face. 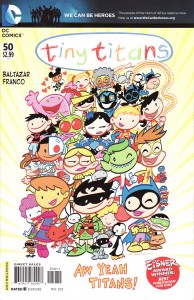 So you guys remember Tiny Titans, right? It’s the most off-the-wall, self-aware kids comic ever made. Just look at all the characters on the cover, each of them were developed and involved in the comic in some way, and it’s a kid’s book! It’s been a series of one-shot jokes, long-running gags and parodies of everything that DC has done over the last 50 months. That means this comic has lasted over 4 years! That’s longer than some of the DC reboot books! But don’t worry, Art and Franco are coming back later this year for a Superman book which should probably be better than the latest DCnU stuff. 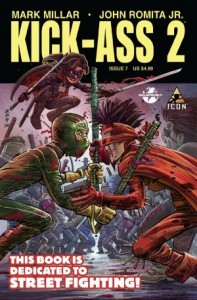 I have an infinite amount of patience for Millar, but I think I’m probably broken. I’m completely burned out on the excess of the Kick-Ass with absolutely no pay off. This whole series was set up to move Hit-Girl into her new series, and our main character doesn’t get any real kind of closure. But don’t worry, I’m sure Kick-Ass 3 will be sometime in 2014. Also, it calls itself the end of Book 3, and I’m not even sure what that means. AND IT WAS 5 BUCKS! Super Crooks, on the other hand, relies on the premise “If all the superheroes were in America, what happens if the villains go to a different country?” Here’s the long story short on that premise: The superheroes will follow you. Bam. I just saved you all four issues and 12 dollars. Millar’s Icon imprint is becoming some overhyped scam machine, and I’m just done with it. Reading Mark Millar’s work makes me feel like I’m the girlfriend in an emotionally abusive relationship, I just keep coming back cuz’ maybe he’ll change…Wait. He’s doing a book with Frank Quitely? Damn, you at least got me for one Millar. But otherwise I’m done. I swear. 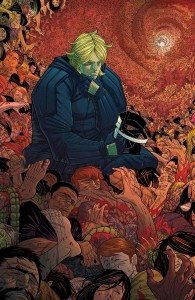 Now, imagine if Kick-Ass was actually just a crazy violent story that gave you closure and a solid plot. That’s Luther Strode. The book has involved Luther gaining powers simply by following a Charles-Atlas type book. This caused him infinite problems and led to a lot of death and destruction and mayhem. It was pretty shocking in it’s violence, making me actually yelp at several moments. Don’t forget the Predator-like defeat of the bad guy, which entertained me to no end. Apparently we can look to another mini-series coming this year, and it’s definitely worth checking out. 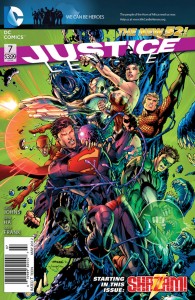 Hmm. This is quite the transition from Jim Lee, isn’t it? Let’s replace all the double-page heavily cross-hatched pages with 6 or 7 of Skyping conversation! I’m still not 100% sure how I feel about the change. I got used to the over-the-top Michael Bay-ness of it all, but this isn’t a bad issue by any means. Johns is trying to make us care about this author that keeps showing up at the end (not Pandora), but I don’t know yet. This issue also features the premiere of the Shazam back-up, but the first section is absolutely wasted. Billy Batson is an a-hole, and Shazam just randomly shows up. It was 8 pages that didn’t teach ya anything, but was nice to look at because Gary Frank drew it. 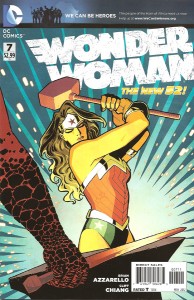 Hey!,  Cliff Chiang’s back! I like this, but I want to like it more. Azzarello is building a whole new world for Wonder Woman, changing everything we know about the character, and it’s not bad. The problem is that I feel like it should be blowing me away, and it’s just not quite there yet. It’s clear that Azz has really thought about how he wants all the mythology to work and is putting it together piece by piece. I feel like this is a book where maybe two years down the line it will all be put together, but it’s slow going right now. Be patient! 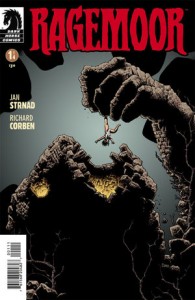 Invincible Iron Man #514 Writer: Matt Fraction Artist: Salvador Larroca: this books keeps moving right along, and putting all the pieces in place. I can’t wait to see everything explode.

Hellblazer #289 Writer: Peter Milligan Artist: Giuseppe Camuncoli: Milligan continues to prove he has a solid grasp on the Hellblazer character, and everyone in the book suffers for it. Great stuff. 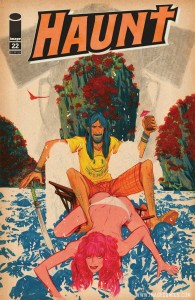 Haunt #22 Writer: Joe Casey Artist: Nathan Fox: An origin story for the weird dude that showed up a couple issues ago. And it is awesome. Still just worth flipping through cuz’ it’s so damn pretty.

Rocketeer Adventures 2 Writers/Artists: Various: A sweet anthology series starts up again and it’s just as good as it was before. A weird Duck Dodgers parody from Bill Sienkiewicz is the highlight.

Uncanny X-men #9 Writer: Kieron Gillen Artist: Carlos Pacheco: What a difference the art make! This book is incredibly better without Greg Land, and this issue is a solid example of that.

And that’s the week! I’ll be back when I’m back. The End.