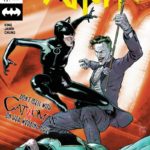 America’s Got Powers #1 (of 6) — Writer: Jonathan Ross;  Art: Bryan Hitch Ross is the former British talk-show host who’s a big comics geek, and has dabbled in writing them before (Turf, about Prohibition-era vampires, came out a year or two ago). Here, he’s snagged Bryan Hitch as artist, which helps his cause considerably. The comic itself is nakedly commercial: it’s a mashup of J. Michael Straczynski’s  Rising Stars (radiation from a mysterious meteor causes a bunch of kids whose mothers are exposed to it to be born with super-powers), America’s Got Talent (there’s a reality show wherein the … Continue reading → 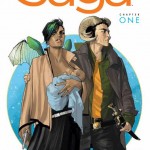 Saga #1 — Writer: Brian K. Vaughan;  Art: Fiona Staples Vaughan’s last extended series was Y: The Last Man, so he’s got a reputation to uphold, and this debut issue does so nicely: it’s a fantasy/Star Wars/Romeo and Juliet mashup, with all the sprawl its name implies — but this first issue focuses very tightly on just two characters, and the third one they produce. It’s very well done, and Staples brings enormous talent to the drawing: she’s just the kind of artist I admire, able to work with small human expressions and double-page city-destroying splashes (with giant turtles added!) … Continue reading → 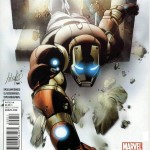 Iron Man #500 — Writer: Matt Fraction;  Art: Salvador Larroca and Frank D’Armata; Kano; Nathan Fox and Javier Rodriguez; Carmine Di Giandomenico and Matthew Wilson One of those start-the-original-numbering-over anniversary issues, complete with a five-page gallery of all 500 covers. Fraction proved with last year’s Iron Man Annual that’s he’s good at these big-event comics, and he doesn’t disappoint here, providing a 56-page story that guest-stars Spider-Man and roams from the present to the year 2052 (where the Mandarin, who was handled so well by Fraction in that annual, has taken over the world) and back; the varying time periods … Continue reading → 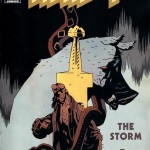 Hellboy — The Storm #3 (of 3) — Writer: Mike Mignola;  Art: Duncan Fegredo Baltimore: The Plague Ships #2 (of 5) — Writers: Mike Mignola and Christopher Golden;  Art: Ben Steinbeck These two books are connected because they’re both from the Mignola studio, and both reflect the very high quality of all of its output. Hellboy, of course, is their franchise character, and this issue offers perfect examples of his stubborn, cranky morality: he’s going to do what his gut tells him is right, and if you give him any crap you’re gonna get punched. Add the accomplished horror art … Continue reading →