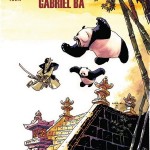 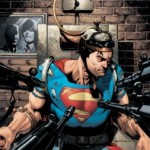 So you all know about the great success of the DC 52 RELAUNCH and the many sellouts on the first issues.  This Wed. the second issues begin coming out. With original orders across the country much lower than the first issues and lower print runs many in the industry are predicting fast sell outs on the #2’s. If you are a subscription customer be sure to update your list and add the titles you want to continue on. Better yet, if you can make it in on Wed. we are having a one day SALE in conjunction with the release … Continue reading →

DC Comics is relaunching their entire comic line this September! All comics are going back to #1 and starting with new origins, creative teams and story lines. Following is a list of all the comics and their creative teams. If you are an All About Subscriber you will automatically get the #1 issue if you are already signed up for that title. Not a subscriber? Now might just be the time to sign up for our subscription service so you don’t miss out on any of these issues. Sign up HERE. We are offering a SPECIAL SOLICITATION DISCOUNT (20% off) … Continue reading →

The Latest and (Mostly) Greatest #11 By Dan! 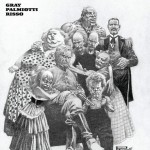 This was a shortened week, so forgive me for this rush.  Just means I’ll be cramming in sarcasm by the boatload! My Top Five (The Five Best Comics of the Week) Jonah Hex #62 Writers: Justin Gray Jimmy Palmiotti Artist: Eduardo Risso This issue was so very pretty.  Risso has his distinct style that just worked perfectly for this issue.  It’s amazing to me that it’s taken 62 issues for him to get involved in the Hex mythos.  Hell, it’s amazing that this title has lasted 62 issues.  But it’s been all about the writing team.  Gray and Palmiotti have … Continue reading →