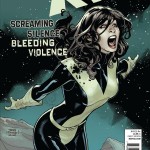 Uncanny X-Men #537 — Writer: Kieron Gillen;  Pencils: Terry Dodson;  Inks: Rachel Dodson The two main X-books are in good hands right now: here, Gillen is in the middle of a sequel to Joss Whedon’s “Breakworld” story, and it’s the point in the narrative where things are going very badly for… well, everyone, but especially for Kitty, who’s the focus of this issue. Solid characterization, with clear motives even for the bad guy, and the Dodsons’ art is both pretty and expressive enough to make Kitty’s wordless attempts to get help poignant and clear. Lots of good bits (Wolverine to … Continue reading → 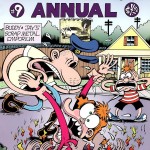 Batman: The Return of Bruce Wayne #3 (of 6) — Writer: Grant Morrison;  Pencils: Yanick Paquette;  Inks: Michel Lacombe Joe the Barbarian #6 ( of 8 ) — Writer: Grant Morrison;  Art: Sean Murphy Two from Morrison this week: B:ROBW, after what felt like a shaky beginning, has been getting better and better, as Our Hero time-hops closer and closer to the present, but his eventual revival may be part of a Darkseid uber-plot. Little of that’s covered this issue, though; instead, we get pirates, including Blackbeard and DC’s own Black Pirate. Yarrr!  Morrison’s clearly having fun with it, while … Continue reading →