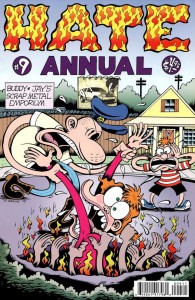 This doesn’t come out that often, but it’s always a pleasure to read, and a comfort to know that Bagge is still out there, chronicling the continuing adventures of Buddy and Lisa and their respective families (and that they’re all just as screwed-up and oddly compelling as always). Unlike a few of the recent issues, this one focuses almost all of its time on the key characters, making it even more of a find; as a link to the best of the ’80s and ’90s indy scene, and a reminder of just how energetic and funny (and, sometimes, poignant) Bagge can be, it’s this week’s best book. 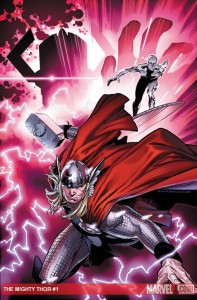 Meet the new book, same as the old book, as Fraction carries his traveling show of Asgardian wonders from the old, adjectiveless Thor to this new title, just in time for the movie debut next week. I’m not sure it’s wise to do an entire Thor book with the Big Guy out of costume (for the second issue in a row, too, counting the last regular Thor from this team), but between broken world trees, young Loki, the Silver Surfer and other events, this makes fun and fascinating adventure reading, so it’s hard to complain. 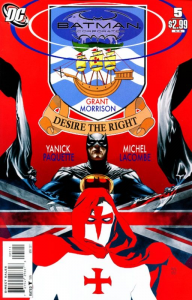 Guest-starring Batwoman, in the conclusion of a three-part story (although Morrison’s plots in his shorter stories never quite “end,” as they overlap and take on extra dimensions, coalescing into an over-story that only here, at the end of this issue, is beginning to become clear; that’s part of the fun). A flashier artist than Paquette might be nice (and the Batwoman sequences just make the reader yearn for J. H. Williams III), but the visuals are solid and respectable enough, and that’s really all that Morrison needs to deliver a typically twisty and content-stuffed story. 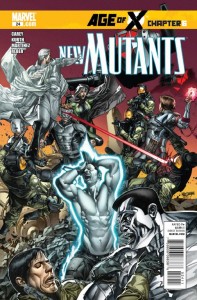 This is the seventh and final part of “Age of X,” a serial that’s featured a separate prologue, and then the last three issues of X-Men: Legacy and the prior two of this title. Unlike so many X-events, this one has had one writer — Carey — and that’s given it a cohesiveness and heft (with a refreshing lack of filler and extraneous tie-in books) that most of these stories lack; it reads as one novel, divided into seven essential chapters, and while it seemed like an Elseworlds tale at first, it turned out to be very much connected to the “real” X-Universe. If you’ve been burnt out on X-crossovers before, give this one a try; it’s better than you think.

Ditto for this — this title’s inaugural vampire arc didn’t do much for me, but the prospect of a Spider-Man crossover, with the Lizard lurking in the background and Chris Bachalo providing the pencils, was enough to lure me in, and this issue’s conclusion, focusing on Emma Frost and Spidey bickering while crawling through the sewers of NYC, was more than enough to compensate for the tag-team inking.

This week’s two installments of Dark Horse’s Gold Key/Valiant reboots, and Shooter continues to apply a brainy pulp sensibility, and his rock-solid storytelling skills, to good effect; both books offer 22 pages of story for $3.50, but they’re stuffed with so much characterization and plot that they feel much longer, without ever feeling crowded or rushed. A neat trick, that, but Shooter, who’s been writing comics for parts of six decades, makes it look easy. 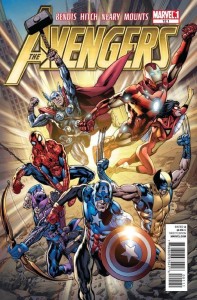 A little late compared to the other .1 issues, but hey: Hitch and Neary art, as Jessica Drew, tracking down signs of aliens on Earth, stumbles across a super-villain conspiracy instead (the Wizard, the Red Ghost, the Mad Thinker, Modok and others), and then the whole Avengers team shows up, and then there’s a big fight, and then things get worse. Lots of cool visuals, and Bendis manages, in one regular-sized issue, to tell a complete story and tie this back into the title’s first arc (the future-time-travel one) and set up what looks to be the next year or so of continuity.  Not all of the .1 books filled their potential, but this one does it exactly right: don’t skip it. 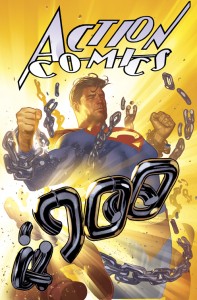 Also, stories from Paul Dini, Geoff Johns, Richard Donner and Derek Hoffman, and David Goyer, wirth art from Ryan Sook, Gary Frank again, Miguel Sepulveda and Matt Camp, among others. There are 100 pages here, and no ads, so the $5.99 price is more than reasonable, and 900 issues is an impressive achievement. It’s also nice, after a year, to get the Luthor story finished, and Superman actually back in his flagship title. However, that main story also is part of the Doomsday crossover that’s been winding its way through the other Superman family titles for the last month or more, and even with a 51-page chapter, they don’t resolve it; it ends on a cliffhanger that means you have to buy next month’s issue to see what happens. I understand the marketing rationale that led to this, but feh: in a 900th anniversary issue, of all places, a complete story would have been nice.

Stuff I didn’t buy, but wanted to mention anyway: 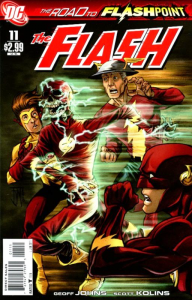 This Flashpoint bit may turn out great, but its sheer size (in June, DC is publishing 20 #1 issues that are tie-ins) and unpromising core (Professor Zoom changes the past!) don’t auger well, and knowing that The Flash is being cancelled (again) after it launches the crossover in another issue or two makes it all seem superfluous; it doesn’t help that the Kolins art here (shot and colored directly from his pencils, it looks like) often seems stiff, with only two splash pages really standing out (and the one on the last page features a plot twist that was so blindingly obvious when the character turned up at the end of last issue that I thought, no, they won’t do that; they have to have something else in mind. But no…).

Stuff I bought, but don’t have anything new to say about, so look up earlier reviews in the archives if you want to know: 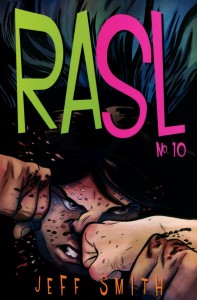 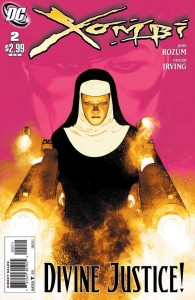 With 40 years of experience in comic reading, collecting and reviewing, English Professor Phil Mateer has an encyclopedic mind for comics. Feel free to ask Phil about storylines, characters, artists or for that matter, any comic book trivia. He will post your questions and answers on the AABC blog. His knowledge is unparalleled! He is also our warehouse manager, so if you are looking for that hard to find comic book, ask Phil!
View all posts by Phil →
This entry was posted in New Comics, Reviews and tagged Action Comics, Avengers, Bachalo, Batman, Bendis, Carey, Dr. Solar, Flash, Flashpoint, Fraction, Hate, Morrison, New Mutants, Peter Bagge, Shooter, Thor, Turok, X-men. Bookmark the permalink.