These two books are connected because they’re both from the Mignola studio, and both reflect the very high quality of all of its output. Hellboy, of course, is their franchise character, and this issue offers perfect examples of his stubborn, cranky morality: he’s going to do what his gut tells him is right, and if you give him any crap you’re gonna get punched. Add the accomplished horror art — something scary, creepy or awesome on every page — and it’s the best book of the week. Plague Ships is lower-key: it’s a post-Victorian-era vampire-hunter tale, involving a WWI vet who encountered ancient evils during the fighting, and now is trying to track them down and kill them. It’s well-done, too; Christopher Golden’s art handles both the shadowy port-town and shipboard scenes, plus a gruesome flashback to the war involving vampires feeding on the dead in the trenches, with equal skill. 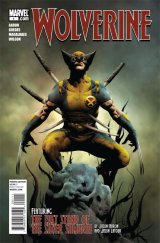 Yet another relaunch for Marvel’s quick-healing Canucklehead, and the title — “Wolverine Goes to Hell” tells you all you need to know. This first part doesn’t show much of the “hell”; it’s more about the Earthside acquaintances of Logan who are getting attacked — but Aaron has demonstrated an affinity for this kind of grindhouse joyride in previous books, so watching Wolverine fight his way through the various legions of the damned should prove an effective relaunch for this title.

This issue concludes the first episode of Rucka and Southworth’s noir tale of a hardscrabble female P.I. (one with both the requisite toughness and hidden heart of gold to fit the genre), and it’s a good conclusion to a good series: twisty and satisfyingly gritty, with everyone getting what they deserve and the stage set for another mini–series later. There’s a well-written afterwards by Southworth (it’s nice to see the artist get a chance to talk, instead of the writer, and he ends up sounding like an interesting guy), and between the cool Portland setting and the appealing main character, I’d be happy to read more Stumptown comics.

Another noir comic set in Portland, but this one isn’t a detective story; it’s a vigilante book about a twenty-something girl who gets screwed over by corrupt cops, and begins to exact revenge on them. It’s a dark story, featuring the kind of flawed, tragic heroine that Bendis does so well, and Maleev’s careful, expressive art makes it a pleasure to read.

This has been an epilog of sorts to The Dark Age, with Busiek’s Captain America avatar completing his tragic-but-heroic arc, and setting a hopeful stage for the new Astro City comics to come. Because so much of the story has been told, in bits and pieces, in earlier books, it’s more a summary than a stand-alone tale; new readers should wait until the next book to jump on to this series, but longtime fans will find it a good wrapup to the last few years’ worth of stories. 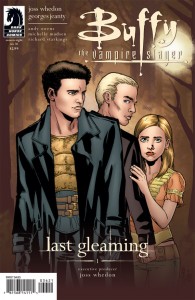 Speaking of series wrapups: this begins the five-part conclusion to Season Eight, with all the major players (including Angel and Spike) onstage. Expect the usual humor, tragedy, lost loves, monsters, explosions and quicksilver dialog loaded with pop-culture references, as Whedon and company continue to pull off that rarest of transitions: from successful cult TV show to successful cult comic.

Stuff I bought, but don’t have anything to say about:

Mostly a promo book, with short preview stories from the new Wolverine, Dark Wolverine, X-23, Uncanny X-Force, Namor and Generation Hope teams (the Namor reprints seven pages from his first issue; I think all the others are new). OK for what it is, but none of the stories are long enough to establish any rhythm, and considering that this is meant to generate interest in all those new titles, it really ought to be on sale for $1.00, instead of the $3.99 Marvel is asking for it. 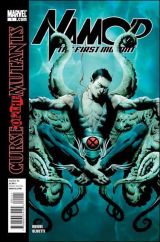 Isn’t the first issue of an ongoing series supposed to, you know, establish the main character, and give all its new readers a clear set of reasons why they should care about him and come back for more issues later? This doesn’t do any of that: it’s a tie-in to that bloated X-Men vampire crossover thing, and assumes that anyone who reads it already knows that, knows who Namor is, and cares enough to want to buy it and all the other X-books in the story too. That’s a dangerous assumption, and one that, when this title gets cancelled after 12 issues, will have proven to be its undoing. 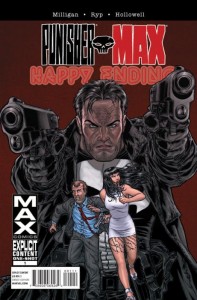 Not bad: it’s one of those single-issue stories that uses its main character as a walk-on, choosing instead to focus on another character whose life can actually change, and Milligan keeps skating on the edge of cliches and then turning them around, to good effect. Fans of Ryp’s art (mostly from his Avatar collaborations with Warren Ellis) who like his knack for drawing both gore and rubble will be interested to see his work here, in a standard four-color book. It’s a good story, worth checking out; the only reason I didn’t buy it is because I already have maybe 120 good Punisher comics (mostly written by people named Ennis and Baron), and didn’t quite feel the need for another.

With 40 years of experience in comic reading, collecting and reviewing, English Professor Phil Mateer has an encyclopedic mind for comics. Feel free to ask Phil about storylines, characters, artists or for that matter, any comic book trivia. He will post your questions and answers on the AABC blog. His knowledge is unparalleled! He is also our warehouse manager, so if you are looking for that hard to find comic book, ask Phil!
View all posts by Phil →
This entry was posted in New Comics, Reviews and tagged Alex Maleev, Angel, Astro City, Bendis, Buffy, Duncan Fegredo, Greg Rucka, Hellboy, Jason Aaron, Joss Whedon, Kurt Busiek, Mike Mignola, Namor, Peter Milligan, Plague Ships, Punisher, Scarlet, Stumptown, Wolverine. Bookmark the permalink.