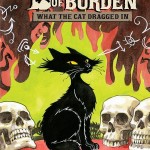 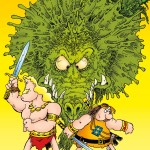 The Latest and (Mostly) Greatest #99 by Dan! 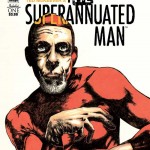 So here we are. If some of you haven’t heard, I’m leaving the comic book store for greener “full-time job” pastures (not really that much greener if you ask me. My last day is this Saturday, June 7th, so stop on by to tell me how much you’ve disliked all my reviews all these years!) Barring some aggressive boredom changing my mind, this will be the last edition of the Latest and (Mostly) Greatest. It’s been an interesting process getting used to writing about comics every other week, and I hope that some of you at least slightly enjoyed it. … Continue reading →

All right folks! we’re back. Lots of good stuff this week, so let’s do this! Dial H #15 Writer: China Mieville Artist: Alberto Ponticelli Welp, another one bites the dust! Like Demon Knights next week, this is the latest book to get the axe from DC. But holey moley!, does this thing go out with style. The increased price is to compensate for almost double the amount of story content and boy, do they throw a lot out here! The Dials themselves get fully explained, everyone has a proper motivation, the big villain gets his just comeuppance as strangely as … Continue reading →