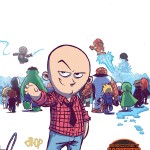 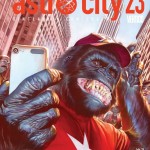 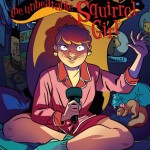 We start to get the second issues of all the Convergence mini-series this week, and I’m even more impressed with Chip Kidd’s alternate-cover designs (with the #2’s the “other halves” of the #1’s), and the way the original artists of the cover images are given prominent credit.  DC’s including eight-page previews of their post-Convergence new and returning titles, a different one in every book; check the reviews here to see which preview can be found in which title.  Meanwhile, the other comics companies haven’t been idle: Marvel’s got Secret Wars #1 and a new Squirrel Girl, while new issues of … Continue reading → 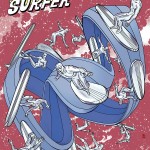 We’re halfway through with Convergence: this is the last week of “new” titles, with the second issues of all the two-part tie-ins starting next week. Let’s check them out, and then tackle the rest of the week’s offerings…. Convergence #4 (of 8) — Writer: Jeff King;  Pencils: Stephen Segovia;  Inks: Seven different guys;  Colors: John Starr with Peter Steigerwald The main title gets a lot more linear this issue, with an actual plot that begins to tie everything together: the Earth-2 heroes, fleeing Telos, have ended up in The Warlord’s dimension of Skartaris, where the evil wizard Deimos is trying … Continue reading →