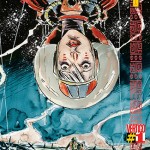 All right folks! we’re back. Lots of good stuff this week, so let’s do this! Dial H #15 Writer: China Mieville Artist: Alberto Ponticelli Welp, another one bites the dust! Like Demon Knights next week, this is the latest book to get the axe from DC. But holey moley!, does this thing go out with style. The increased price is to compensate for almost double the amount of story content and boy, do they throw a lot out here! The Dials themselves get fully explained, everyone has a proper motivation, the big villain gets his just comeuppance as strangely as … Continue reading →

The Latest and (Mostly) Greatest #59 by Dan! 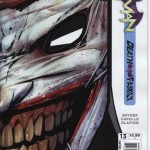 Ooooh boy I’m back! After traditional, respectful and insightful reviews from good ol’ Phil the last two weeks, it’s back to fart jokes, fat jokes and everything in between. Let’s do this! Uncanny Avengers #1 Writer: Rick Remender Artist: John Cassaday Well, this was a crazy thing, wasn’t it? After the ‘meh’ wrap up of AvX, something big needed to show up and make things all right. This book exceeded expectations, which is what you’re looking for from a flagship title. Cassaday’s art is a guaranteed victory, but it’s the plot that really drives this issue from good to great. … Continue reading →