The Latest and (Mostly) Greatest #99 by Dan!

So here we are. If some of you haven’t heard, I’m leaving the comic book store for greener “full-time job” pastures (not really that much greener if you ask me. My last day is this Saturday, June 7th, so stop on by to tell me how much you’ve disliked all my reviews all these years!) Barring some aggressive boredom changing my mind, this will be the last edition of the Latest and (Mostly) Greatest. It’s been an interesting process getting used to writing about comics every other week, and I hope that some of you at least slightly enjoyed it. Thanks for reading, and let’s head into this final installment, shall we? Let’s do this! 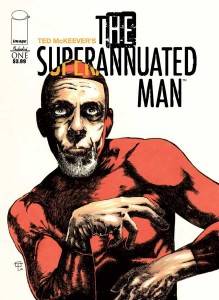 So I’ve never read McKeever’s work before, but figured I’d just grab this on a whim. Boy, was this a good choice. In some kinda weird future, all animals have pretty much taken over, but they don’t really bother one guy who lives out on a boat on a shore. However, lately, they’ve started bothering him, and things are going to have to change. McKeever draws a ton of different human-hybrid creatures, and they all look amazing. The story flows and tells you pretty much everything you need to know. If you’re looking for a weird new series to give a try, you can’t do much better than this. 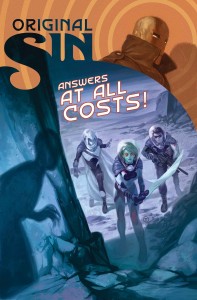 I was totally on board with this series until the final pages. Everything for the first three issues has built around Aaron’s extensive knowledge of C- and D-list supervillains, and had been mostly about them getting in way over their heads. It was also about how all the heroes have secrets, but the Watcher knows all (until of course he gets murdered). This issue sees the several teams split to investigate different places for clues. And they do find clues! But Bucky gets so mad that he does the dumbest thing I’ve ever seen. It’s shock for shocks sake, and it makes me wonder just how much we should really care. Worth noting, Deodato is killing it on this book… very nice to look at. 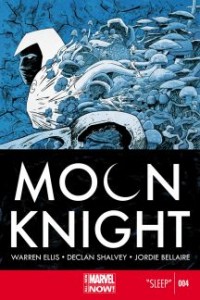 Never let anyone say Ellis doesn’t know how to leave you wanting more. Apparently this team will be leaving after 6 issues, and so far, every single one of them has been excellent. This issue involves dreams and evil spores, and as has been the theme throughout the series, it all ties in to the evil that men will do to each other, and how they will always get what they deserve. While it’s still pretty high concept, the overall point is shockingly straightforward. Shalvey continues to churn out absolutely beautiful art, helped tremendously by the coloring of Jordie Bellaire (that’s right, I’m commenting on the colorist, THAT’S how good this book is.) 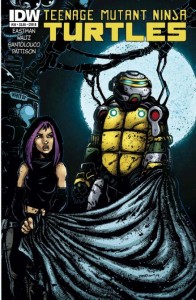 I’m shocked that the quality of this latest TMNT series as not even remotely let up. Everything built to the huge “City Fall” storyline, then dealt with the consequences, but now we’re right back into the flow of things and back to the Technodrome plot. It’s the perfect thing for fans of the original comic book and fans of the original cartoon. It’s weaving parts of children’s television in seamlessly to more adult themes. Santolouco draws each character clearly, puts some real kicks into action, and I’m really happy to see that he kept getting work after being fantastic on Dial H. (By the way… Guys, go read Dial H, it was amazing) 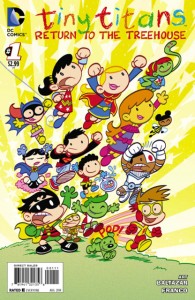 Every time Baltazar and Franco do something new, it bums me out that they don’t to Tiny Titans anymore. Then they finally get a chance to do Tiny Titans again, and it bums me out cause there will never be enough of this book in existence. After a long hiatus (and a cancelled Superman Family Adventures book), the guys return to their first really popular book, and it’s as if they never left. All the fun of the original series is right back in this series of quick joke bits, all revolving around the Titans losing their treehouse. Every page has a laugh in it, and every panel is just so much fun to read. Great stuff.

The weekly comics are still coming out, but nothing truly important happened, so let’s get into Quick Hits! 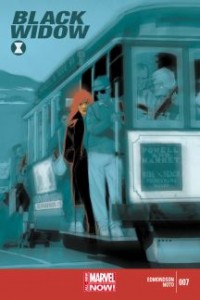 Batman ’66 Meets the Green Hornet #1 Writer: Kevin Smith and Ralph Garman Artist: Ty Templeton: Templeton’s art is the highlight, but the script and plot try WAY too hard. Sounds like a Kevin Smith book all right.

Green Arrow #32 Writer: Jeff Lemire Artist: Andrea Sorrentino: Sorrentino has quietly become one of the most reliable DC artists. His dark style jumps off the page, and this issue, with its switching styles, is probably the best of the run. 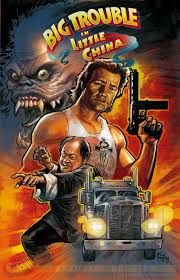 Big Trouble in Little China #1 Writer: Eric Powell Artist: Brian Churilla: It’s clear Powell has an appreciation for the source material, and this is just as goofy as the original movie. Worth checking out if you’re already a fan of this kinda stuff.

Lobster Johnson #4 Writer: Mike Mignola and John Arcudi Artist: Tonci Zonjic: Do you want to watch Lobster Johnson fight a dude with a robot arm, then a giant cybernetic gorilla? Then this is the book for you.

And that’s the week! And that’s it for me! As I said, thanks again for reading, and enjoy more reviews from Phil in the future!