The Latest and (Mostly) Greatest #4 by Dan!

Welcome back to the internet’s most exhausted reviews!  If you see the quality dipping I’ll blame it on the school semester, and we’ll see if Phil bans me from ever writing blog posts again.  Let’s do this: 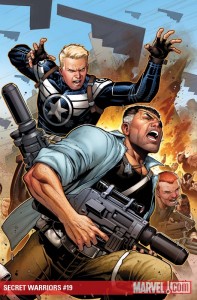 Secret Warriors is quickly becoming one of Marvel’s most fascinating works.  Month in and month out, Hickman delivers great action, drama, and ideas.  This time it’s probably the most powerful in the positioning of the Howling Commandos reunion juxtaposed with the death of many of their members.  And you know a comics good when I’m able to use the word “juxtapose”.  Hickman has a sense of where his story is going (planned to be 30 issues?) and it’s clear that every piece will matter.  I can’t wait to re-read this when it’s all over.  Though not the normal artist, Vitti hits it out of the park, with plenty of great moments.  This is an absolutely fantastic title. 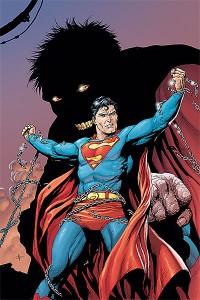 Damn it Gary Frank!  I don’t care how long it takes you, I will read anything you are willing to draw.  Johns writes a capable Superman origin story, and it’s exactly what you’d expect, but that’s not what matters.  Gary Frank’s art, on the other hand, is what makes this book really what it is.  Though he obviously references Christopher Reeve while drawing Superman, everything else is just so freaking fun to look at.  Gary Frank is one of the few artists who I would probably appreciate a silent issue from, and trust me, I hate silent issues.  This was a fun series, and I look forward to more collaborations between Johns and Frank 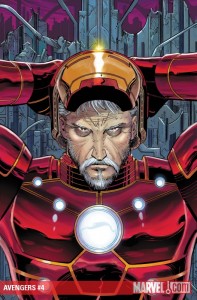 This title is just so strange that I can’t quit it.  Unlike New Avengers with all it’s mystical Dr. Strange stuff, this title revolves around time travel and crossing dimensions and realities.  Bendis is going for broke with this whole storyline, and for some strange reason, I find that it works.  It works really well as a matter of fact.  Romita Jr. isn’t my favorite artist, but there’s no denying his popularity among the masses.  He is the kind of artist that bridges the gap between the old school and new generation of artists.  He’s drawing the hell out of some of these pages, including a spread that made me play a game of “find the character” for about ten minutes.  Fun Stuff, and I look forward to more. 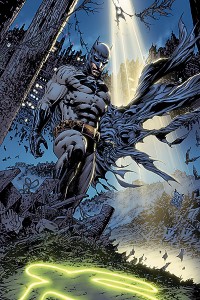 Speaking of Strange, A Grant Morrison comic came out this week!  Just as good as the first issue, if not better, this sheds some light on everything happening in The Return of Bruce Wayne and how it links to Final Crisis.  I’m always sure G-Mo knows what he wants to do, but the details are sometimes lost, and this ish helps clear some of those parts up.  Daniel has definitely been getting better, but the stuff initially was complete crap, so that’s not saying much.  Morrison goes back to his Batman and Robin title, while Daniel starts writing Batman again next month, which I’m not sure is that good of an idea. But we’ll just have to wait and see; if Daniel keeps improving it could at least be a fun book for a few months. 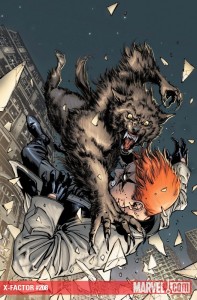 Oh X-factor… why must you always be so shockingly good?  This issue is no exception, and there is many different things to like about it.  David always creates issues that will work for new readers and for those of us who have been attached for a while.  There’s 6 (more?) easily accessible trades to go back and get, but the previous issue is also a great jumping on point.  I don’t want to spoil anything at all so I’ll just say the cover is accurate, but there’s just so much more.  So very much more.  Not to mention that it’s also very nice to look at with Lupacchino drawing the crap out of it.  Great great stuff, and still my favorite current X-book.

Action Comics #892 Writer: Paul Cornell Artist: Pete Woods: Still winning for the craziest comic I’ve seen in a while.  Fun stuff, but just not quite for me.

Green Arrow #3 Writer: J.T. Krul Artist: Diogenes Neves: Still better than what it came from, but just not quite great, bogged down by Brightest Day, I think.

Curse of the Mutants: Blade Writer: Duane Swiercznski Artist: Tim Green: A very solid and interesting story.  By the end I was just wondering why it was necessary.

Echo #24 Writer/Artist: Terry Moore: Still great.  Apparently this is coming to an end soon.  30 issues of Sword, 30 issues of this, and like 8 of Rasl? Life’s not fair.

Astonishing X-men #35 Writer: Warren Ellis Artist: Phil Jimenez and Andy Lanning: Surprisingly awesome, but ruined by its delays.  A couple of amazing ideas thrown out there, but it just doesn’t work if I can’t remember past issues.

Superman/Batman #75: Writer/Artist: Various: Worth it for the sweet 2-page spreads.  The opening story didn’t quite work for me, and the $5 price tag hurts too.  But a Calvin and Hobbes reference? Good stuff.

Just… blech.  This series has fiddled around waiting for the beginning of Wolverine’s new direction and it’s led to mediocrity like this.  However, they call this issue a prologue, meaning it’s the beginning of a story, for the last issue of the series.  So if ya did like it, pick up that new Daken series.  As for me? No thank you.

Clearly weighed down by it’s need to link to Brightest Day.  This latest JSA/JLA crossover should have been much better, and the solid team involved has really let me down.  I don’t really feel much of anything about it except a sad sigh.  Both JLA and JSA used to be WAY better than this, and it doesn’t look to be getting good any time soon.

Remember how awesome JH Williams III was on this book?  Well now we have McDaniel to take a giant dump on all that greatness. Seriously, this story is just terrible, with absolutely no point.  Fake Jokers and fake Batmen killing each other. Ok? Thanks?  Not worth it at all, and I hope it gets better soon.

That’s it!  Now I’m going to sit around watching the Justice League cartoon, because I can.