The Latest and (Mostly) Greatest #23

All right folks, amidst packing for a California trip, watching way too much of The Shield, and playing too many video games, I’ve taken time out of my busy schedule to get these reviews to you.  You’re welcome! Let’s do this! 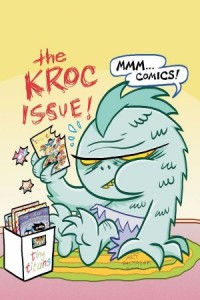 So here’s the deal.  The current Teen Titans series isn’t very good, and it’s almost reached 100 issues.  This series has only 40% of that right now and probably 40 times as much quality.  This is the kind of comic that you should be giving to any kid you know (as long as it won’t get you in trouble, of course) because it’s pretty simple with the jokes, but also smart enough for the parents.  This “Kroc Issue” is exactly what it says it is, featuring Killer Kroc in every situation possible, and of course screwing it up.  It’s pretty hilarious, and as always, very nicely done.  It’s a quality kids comic in a world that doesn’t have very many of those anymore. 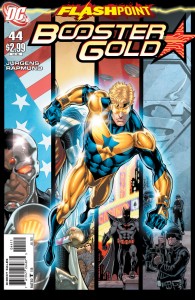 This is the only other Flashpoint tie-in you’ll get for the month, before the massive amount of mini-series start next month.  It doesn’t give much info, putting things into place (much like the first issue of the main series), but it puts out a lot of good ideas. Jurgens uses this alternative future as a way to advance the plot he was previously working on.  It’s all about Booster trying to save his sister and get reality to work itself out.  There’s plenty getting in the way, meaning Doomsday, a confused government, and the fact that both Booster and Skeets have no idea what’s going on.  It’s planting the seeds, now talk to me next month to see what grows. 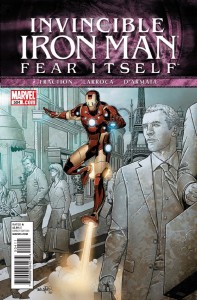 Speaking of tie-ins, watch out for these.  A lot of them look like separate mini-series, but they are really part of their main series (Herc this week has the same problem). Also, with this being written by Fraction, it’s almost a must-buy.  It involves one of “The Worthy” being picked and basically owning Iron Man.  I’m very much a sucker for the concept of the Grey Gargoyle (not as much as I am for Batroc, but still…) so allowing him to be a part of all this is definitely appealing to me.  I also don’t mind how much Larroca photo-references, it’s still very pretty to look at, so how can you complain?  Definitely read this if you’re reading Fear Itself; it’s probably an important tie-in.

This is a comic for a much older audience.  I’m not gunna lie to you folks, I’ve never seen the Rocketeer movie and barely read any of the actual comics.  But this?  This is pretty freaking rad.  Start with some actual John Cassaday interior pages working to look like Dave Stevens and succeeding.  In addition, Mike Allred.  Do I need to say anything other than Mike Allred?  There’s a couple of pin-ups and another kinda mediocre story by Kurt Busiek (not a fan, sorry folks), but this is an extremely fun and fitting tribute to Dave Stevens and one of his most beloved characters.  If the next couple issues are half as good as this, then you readers are in for a real treat. 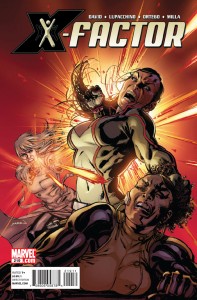 Man I love this book.  I stumbled onto it when I had to read a crossover on one of my first guest reviews (it was probably poorly written, don’t try to find it).  It’s the kind of story where there’s so much to it, and every issue is part of the larger narrative.  David is a master storyteller who weaves several different plots at a time on top of each other  and connecting in ways you don’t always expect.  After so many issues, David completely owns these characters, and as long as he’s writing, you should be reading.  We have all the trades if you want to play catch up and let me tell you, it’s absolutely worth it.

Heroes for Hire Writers: Dan Abnett & Andy Lanning Artist: Tim Seeley: I feel bad for this book.  It’s pretty good, but never above average.  I’m not sure how long it will survive…

Thunderbolts #157 Writer: Jeff Parker Artists: Kev Walker & Declan Shalvey: It amazes me that a series like this has been around this long.  Since the Ellis run, we’ve had consistently good runs, and this latest issue is no exception.

Uncanny X-Force #10 Writer: Rick Remender Artist: Billy Tan: I should say Rich Elson is the real artist, because his inking makes Billy Tan look like an artist.  I really like the story, so I can ignore the sub-par art. But not for much longer.

Darkwing Duck #12 Writer: Ian Brill Artist: James Silvani: I’ve told you this before, and I don’t have anything new to say. Rad.

Alpha Flight #0.1 Writers: Greg Pak and Fred Van Lente Artist: Ben Oliver: I’m intrigued by this.  It’s not bad by any means, but it’s not spectacular.  Give it time.

Batman: Gates of Gotham #1 Writer: Scott Snyder Artist: Kyle Higgins: Snyder is becoming a strong force for DC, and with good reason.  He writes well, and it’s always interesting.  This mini could be something really great.

Hellblazer #279 Writer: Peter Milligan Artist: Giuseppe Camuncoli: The fact that I know how to spell Giuseppe already should tell you all you need to know.  This is great, and hasn’t changed quality at all.

Yeah, I’m done reading this.  It’s not any good, and there’s nothing that can be done to fix it.  I’m out.

Much like last week, this is a DC title on its way out.  This hasn’t ever really been a high quality book, and even with the Editor in Chief at the helm, it’s still never quite worked.  It may restart after last week’s Batman Inc., but we’ll just have to wait and see.

And that’s it!  You’re welcome.

One Response to The Latest and (Mostly) Greatest #23