The Latest and (Mostly) Greatest #2 by Dan!

After some much needed post-San Diego Comic-Con rest, I’m back for a HUGE week of comics.  Lots to talk about, and plenty to say, so here we go! 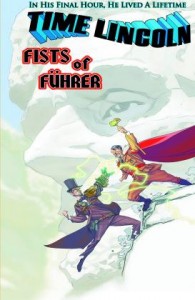 I cannot stress this enough: Time Lincoln is awesome.  If you have any problems with Abraham Lincoln firing a laser gun at winged nazis to help get Ben Franklin to save Albert Einstein, then we can’t be friends.  To think that this is one guy doing all the work (both story and art) is just blowing my mind.  The overall insanity of this entire story and idea is enough to keep me coming back for more.  The bad guy of this issue is literally a cross between Mephisto and Hitler (Mephitler if you’re wondering), but there’s also an overarching plot about Void Stalin.  Yes that’s right, there’s plot points building toward future issues.  And they’re going to bring in Isaac Newton and George Washington Carver!  This comic doesn’t come out nearly often enough, but when it does, it’s a bright day at the comic book store. 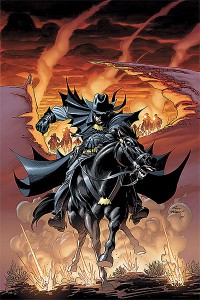 I’m a sucker for the DC western stories, and I’m a sucker for Grant Morrison stories, so why shouldn’t I love this?  There’s no reason, so I do love it.  Morrison appears to not really care about adding much to the “how” of everything and just wants to tell a story about Batman in whatever reality he wants.  This western tale adds Jonah Hex into the mix, and Vandal Savage (which I didn’t get til the second time through).  Originally Cameron Stewart was going to draw this, which would have been AMAZING.  However, he had to bail, so Jeanty provides a competent fill-in. 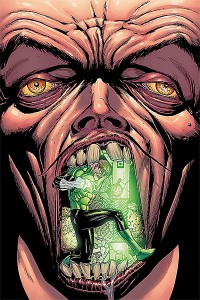 Mahnke is progressively becoming the greatest- disgusting- attention- to detail- artist in the market, and his version of Hector Hammond really cements that idea.  A ton of things actually happen in this issue (Larfleeze, Hal, entities, hints of the future), and it was completely worth the reasonable $2.99 price tag.  Green Lantern has been one of the most consistent books from either of the big two, and since Mahnke jumped on, it’s easily one of the best books in the market month in and month out. 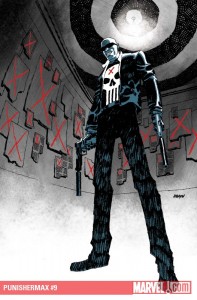 Punishermax is still the logical successor to the Garth Ennis written Punisher, but it’s also progressively becoming it’s own entity.  It’s only been 9 issues, but it feels like so much has already happened.  And when I look back on it, it’s because a whole lot really has happened.  The only problem I have is with Steve Dillon.  Don’t get me wrong, his art is fantastic as always, but by having him be the artist on the book, it’s impossible not to draw parallels to the Ennis stuff.  Fantastic on it’s own, but accidentally making me think of past greatness. 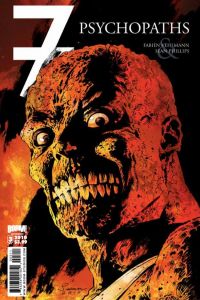 This whole story was awesome.  Apparently it was originally released in France about three years ago, and is finally seeing the American light of day.  Phillips is drawing his butt off and it’s clear on every page how much effort he really put into this project.  The plot itself goes right around where you think it will, but still manages to throw a few curve balls.  Like Inglorious Basterds?  Then this is clearly the book for you.  Really Really good stuff.

Northlanders #30 Writer: Brian Wood Artist: Riccardo Burchielli: Every issue of Northlanders seems to work as a jumping on point, and this is no exception.  Watch vikings fight and swear a lot with this fun Vertigo book.

Buzzard #2 (of 3) Writer/Artist: Eric Powell: Anything Goon related is always worth noting.  This series is another of Powell’s more serious works, but it still is crazy enough to be awesome.

Rasl #8 Writer/Artist: Jeff Smith: I freaking love RASL.  Not much to say other than that.  Takes too long to come out, but worth it every time it does.

Flash #4 Writer: Geoff Johns Artist: Francis Manapul: This Flash series has been of consistent quality for four issues.  Not quite the best, but still intriguing enough to watch out for.

Secret Avengers #3 Writer: Ed Brubaker Artist: Mike Deodato: Three issues in and I want to love this, but can’t quite commit.  I have a feeling the slow burn is on purpose, and we’re leading to something in the future.

Green Arrow #2: Writer: J.T. Krul Artist: Diogenes Neves: Another one that’s still difficult to judge.  Much better than either Cry for Justice or the last few issues of the previous series, but that’s not much of an accomplishment.

Fear Agent #28 Writer: Rick Remender Artists: Mike Hawthorne, Tony Moore, John Lucas: Very good stuff, but way too confusing for first time readers.  There are 5 excellent trades before this that I would highly recommend before diving into this issue.

Justice League Generation Lost #6 Writers: Keith Giffen, Judd Winick Artist: Fernando Dagnino: This story is so interesting that every issue I find myself wondering what’s next.  Giffen and Winick are balancing each other out to give a very intriguing story.

Franken-Castle #19 Writer: Rick Remender Artist: Tony Moore: I’m officially wondering when the normal Punisher will be back.  But in the process, I get to see some sweet Tony Moore art, so I can’t really complain too much…

Wonder Woman #601 Writer: J. Michael Straczynski Artist: Don Kramer: Much more interesting than the sample in 600.  I’m intrigued to see what the whole big deal is, but not sure if I’m patient enough to wait around for it.

Oh man.  This is really like bad fan-fiction.  It’s Kevin Smith at what can only be described as his absolute worst, and that’s really saying something.  Start with the price, then the sex jokes, then the background story about wetting yourself, and you’ll start to see the problem here.  My brain hurts, badly.

I absolutely hate topical references in music and comics.  That’s what ruins both of these books.  Whether referencing SB 1070, vuvuzelas, or Gilbert Arenas, these books immediately seem like they’re trying to prove something.  Ya know what they proved to me?  That I want nothing to do with them.

That’s it!  The Shining is on right now, so I have nothing more to say!