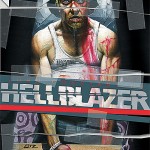 And here’s the good stuff!  Feel free to leave comments about how much you love my taste! Hellblazer #268 Writer: Peter Milligan Artist: Giuseppe Camuncoli Milligan’s run on Hellblazer is literally getting better by the issue.  He’s digging deeper into the psyche of a broken John Constantine, and that’s creating some of the best Vertigo madness in a long time.  Add in Shade the Changing Man (Which post-Ditko became Milligan’s baby) and this is the perfect book for the fans of the weird.  Add in a mutilated and removed thumb, and you’ve got yourself a book of the week. DC … Continue reading → 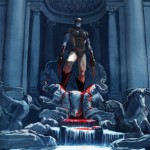 New site, new reviews, new comics, my new blog title and me! What more do you need?  Let’s see how fast I can screw up this new format! Dark Wolverine #87 Writers: Daniel Way, Marjorie Liu Artist: Mierco Pierfederici That’s right, I’m using a picture for this one.  I honestly think this comic was the worst of the week, for a multitude of reasons.  Daken is just floating around flirting his way to the underground in France.  He’s stopping kidnappers (not as cool as Taken) and attempting to seduce them before murder.  Up next is a Franken-Castle crossover that hopes to get better, … Continue reading →

In 1994 there was Zero Hour and the Zero Titles In 1985 there was Crisis on Infinite Earths In the 1970’s there was a storyline Crisis in Time [?] that crossed over several titles. I believe that the Green Lantern cover featuring Hal Jordan and Alan Scott were part of this storyline [but, can’t be sure]. I want to say that the above storyline appeared immediately before Jack Kirby went to DC and inked the New Gods, Mister Miracle, and the DNA series. My Question – What was the titling of this 70’s series storyline? And, what were the titles … Continue reading →

I’ve been out of comics since 2003 and want to get back in.  What major storylines do I need to catch up on in the Marvel/DC universes? nathan  Whooo… OK, Nathan, but be warned: It’s not one long story, but two, since both companies have been pushing company-wide crossovers for the last few years. Let’s start with DC; in the early 00’s, they realized that the 20th anniversary of their second-most-successful Big Event ever, Crisis on Infinite Earths, was approaching, and wanted to do something special to commemorate it. In 2004, the JLA mini-series Identity Crisis kicked things off with … Continue reading →

Posted in DC, Marvel | Comments Off on Ask the Professor #15 — Current Marvel and DC Continuity

The Professor’s been off… um, professing for a few weeks, so a few questions have piled up. Here’s the first one: How do you tell the difference between Superman Batman # 1, 1st Batman print vs 2nd Batman print, both look like the same cover. Both are issue # 1. Thanks The key to most otherwise-indistinguishable printings is the indicia — the small print listing the official title of the comic, the issue number and date, the address of the publisher, and other legally-required information. It used to be easy to find, because it was dependably at the bottom of … Continue reading →