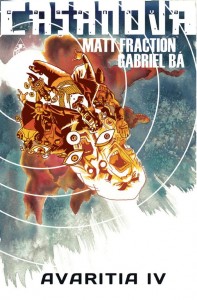 Fraction’s career arc with critics sometimes reminds me of Bendis’s — people who liked him when he was new and different and an indie star now have a vague resentment for his mainstream success, and are tired of his various literary tics and fallbacks, leading to a lot of bitching about how he’s no good any more. Casanova is the antidote to that, his creator-owned book that (like Powers for Bendis) he’s kept up as a labor of love, and a place where he can tell exactly his own stories, and experiment as much as he wants. He’s helped considerably by Ba’s art here, as always: look at the first part of this book’s last chapter, a wordless nine-page sequence that shows both creators at their assured, storytelling best; even if the reader is confused at first, it’s clear that Fraction and Ba know exactly what they’re doing, and it’s a good sign for comics that they have both the freedom and the platform to do it.

Iron Man is the corporate-character flip side for Fraction (the one that pays the bills), 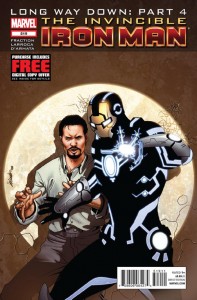 and the superhero book that he’s been associated with the longest (he’s been writing it since the first Iron Man movie came out). Here, too, he has a good all-purpose artist in Larrocca (one who, like Ba, both pencils and inks his work, and so has a unity of line that team-drawn books find harder to achieve), and the current sequence involving Tony Stark using all his wiles to struggle against both his own human failings and his most classic villain (with subplots and other characters abounding) makes for addictive and satisfying reading. As Marvel looks ahead to a big creative shuffle later this year (with Fraction leaving Thor and Iron Man, Bendis leaving The Avengers, and Hickman off FF, among other changes), it’ll be fascinating to see which books get which new creative teams, and how a writer like Fraction applies his talents to a new challenge. 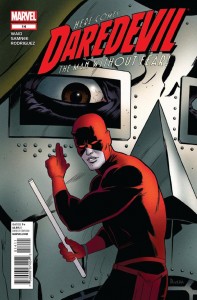 Waid’s made this one of the surprise hit books of the year (finding any of the first eight issues is just about impossible), and Samnee’s got just the kind of clean, clear line that’s perfect for his writing, and for DD as a character. This issue involves Matt in Latveria, captive of Doctor Doom, and showcases the kind of clever narrative twists and drama that have brought in so many new readers to the title since its reboot; it’s also a good example of how Waid can deconstruct a hero, knocking him out of his comfort zone to get at the core of the character. Go read and enjoy, and hope that we get to watch this team on this book for a long, wonderful run. 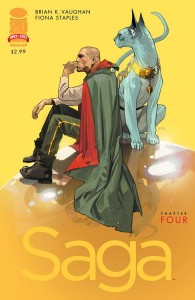 Another surprise hit — one of many for Image right now — and all the more satisfying since it’s creator-owned. Maybe “surprise” isn’t quite right, since Vaughan has a track record for brainy sf/fantasy work (Y, the Last Man), but this is still an encouraging sign: a book pitting two star-crossed lovers (and their child) against most of a galaxy, with plenty of drama, humor, characterization and imagination to attract and bring back readers. Staples handles the visuals with aplomb, making everything effective and pretty, or alien and scary, as the plot requires, and, as with DD, it’s nice to see the quality affect the sales, and bring in readers; may it also have an extensive, fascinating run. 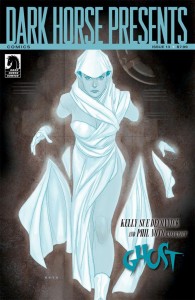 There’s not much huge star power (no Neal Adams or Howard Chaykin) or quirky indy humor (no Evan Dorkin) this issue, so it’s interesting to see what stands out: Carla Speed McNeil’s Finder chapter shows her as the most dependable storyteller here, although the Mike Baron/Steve Rude Nexus chapter is more flashy, and comes in a close second. Add a Sam Kieth Alien story, Phil Noto art on a resurrection of the ’80s DH property Ghost, a Mister X episode by Dean Motter and a Criminal Macabre one written by Steve Niles, plus three or four other tales, and, as always, there’s something in this anthology for everyone. 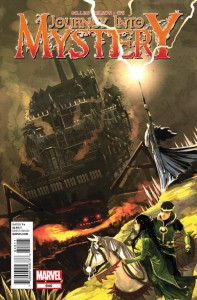 Two by Gillen: JIM is the more individual effort, with Loki and Leah in the middle of a war between magical avatar lands in Great Britain (one misty and mystical and Avalon-like, and one urban and technosavvy and created by the Industrial Revolution), and gradually realizing that they might not be on the right side. It’s smart and funny 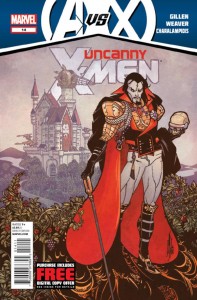 and fun to read, and doesn’t go at all where the reader might expect. So too with Uncanny X-Men, where instead of the easy punch-up tie-in to AvX, Gillen takes an issue to show what Mr. Sinister has been doing, and how he’s more than ready to take on even a Phoenix-powered Cyclops and crew. Again, it doesn’t go where the reader expects, but is all the better for that. Neither Elson nor Weaver are name artists, but both do well here — a definite tribute to the ability of a good writer to make his artists better. 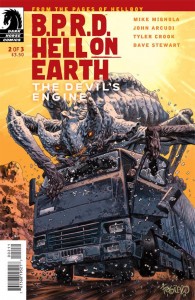 Arcudi and Mignola have been teaming on this title for a long time, and with Hellboy so infrequent it’s become the main Mignolaverse title, full of apocalyptic monsters and world-shaking events, but also full of small human characters struggling to get by; Crook is the latest in a long line of artists who have been able to adapt a Guy Davis-like set of visuals, emphasizing both the big monsters and the quirky little people, to good effect. 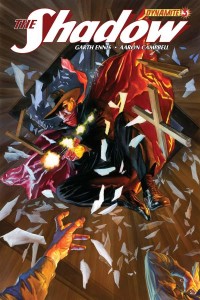 Pretty much what you’d expect from an Ennis Shadow book set in the ’30s in the Far East; the various international players (Russians, Americans, Germans, British, Japanese) are fascinating to watch, as their various strategies jostle and shift, and Ennis makes all of them refreshingly non-stereotypical (especially the Japanese); the Shadow, of course, outplays and outguns them all. If what lurks in your heart is a desire for clever historical wartime intrigue that offers pulp thrills that still ring true, this is definitely the book for you. 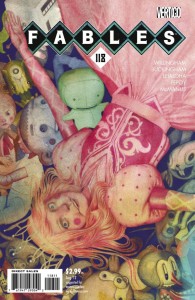 Stuff I bought and liked, but don’t have anything new to say about, so check previous reviews in the archives if you want to know…: 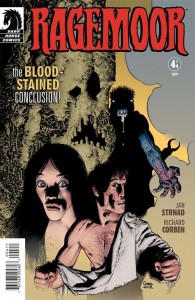 With 40 years of experience in comic reading, collecting and reviewing, English Professor Phil Mateer has an encyclopedic mind for comics. Feel free to ask Phil about storylines, characters, artists or for that matter, any comic book trivia. He will post your questions and answers on the AABC blog. His knowledge is unparalleled! He is also our warehouse manager, so if you are looking for that hard to find comic book, ask Phil!
View all posts by Phil →
This entry was posted in New Comics, Reviews and tagged BPRD, Casanova, Daredevil, Dark Horse Presents, Gabriel Ba, Iron Man, Journey into Mystery, Mark Waid, Matt Fraction, Saga, Shadow, X-men. Bookmark the permalink.