The Latest and (Mostly) Greatest #29

Watching Breaking Bad leads to a very odd set of reviews. There’s something about meth that just puts ya in the mind frame. They’re not rocks folks, they’re minerals. Let’s do this! 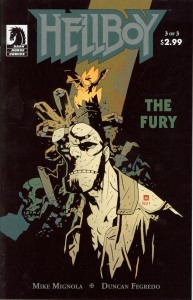 SPOILER! Hey! Hellboy’s dead now. So there’s that. This whole story led to a grand conclusion that send Hellboy to… Hell. Oddly Enough. The whole point of Mignola’s universe of characters is the journey. Every story links up to form this giant beautiful continuity that actually is not inaccessible for new readers. Consistently having Fegredo provide his off-kilter art has definitely been a drawing-in point for this series, but it seems like Mignola might actually be doing the art for the next series (appropriately titled Hellboy in Hell), so that could be absolutely amazing. Also, make sure to check the letters section for the saddest letter I’ve ever seen, if only for the irony behind it. 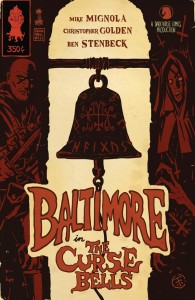 Sticking in the Mignola-verse is a story that I didn’t expect to even remotely enjoy. I always love the Hellboy stuff, am ok with B.P.R.D., but usually don’t have any interest in anything outside. I think what made this title work this week was it’s direct artistic contrast to Fegredo’s art on Hellboy. The Golden art is completely clean, you’re 100% sure what’s going on, and it really fits the era that he’s going for. Without a doubt this is one of the better spin-off stories to come out of Hellboy and it’s a special treat. That’s not even mentioning the Francesco Francavilla cover, who will show up twice at the end this week for his Detective and Black Panther work. If you don’t like Francavilla’s art, you’re just wrong. 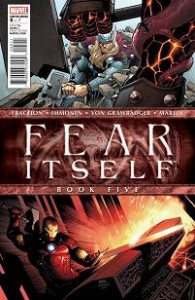 For some reason, Fear Itself is not quite working for me. Believe me when I say that I really really want it to, but it’s just not right. Something about this “big event” isn’t seeming to come out quite like I think they want it to. The main issue could be the fact that it’s retreading covered ground. Where Flashpoint seems to not explain anything that may tie into a mini-series, Fear Itself is re-explaining everything we saw from Invincible Iron Man a couple weeks ago. Not to mention that I have no idea who the actual bad guy is here, why Odin’s so damn uppity, or why I should even care. I find myself looking at this mini and continuously asking “why?” and with two issues left, I don’t think they’ll answer me at all. 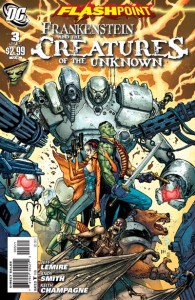 Frankenstein and the Creatures of the Unknown #3 Writer: Jeff Lemire Artist: Andy Smith

This series doesn’t deserve to be as good as it is, but it feels me with a ton of confidence for a couple series coming out during the DC relaunch. Lemire continues to prove himself the master of modern sci-fi comic book work (we’ll all just ignore Superboy as a blip on the radar) and I’m seriously excited to see what he pulls off in the new Frankenstein ongoing. Am I a weird person?… because I would love to get Doug Mahnke drawing the ongoing series, just to continue the Grant Morrison tie-in, but we can’t always get what we want. Speaking of Grant Morrison, it’s clear that Lemire is his logical successor, so that also makes me excited for the Animal Man series, coming soon to a comic shop near you. By which I mean, us. Buy from us. Now. 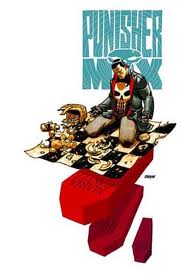 You might be asking yourself why I paired these two titles together. Well to be honest, I’m tired of constantly telling you how awesome they are, so I just lumped them together. They basically score points for being the most well-crafted beautiful comics you’ve got on the market right now. Everything about them is crafted perfectly, and if you’re not reading them, I question your sanity. Don’t forget to read the backmatter in this issue of Criminal, because it’s all about the TV series, Magnum P.I. (Eddie’s favorite…I’m not kidding!) You’re welcome in advance.

And that’s it! Check back later for the usual second post!