Phil’s Reviews Special: Back to the Klondike (for the first time) 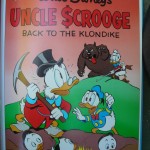 It Came From the Back Room will return with new installments in a week or two (Conan back issues!), but there’s nothing new to put out right now, because I’ve been on vacation: Diana and I took a one-week cruise to Alaska. Now, normally that wouldn’t matter to this blog, but it so happens that Alaska is the scene of one of the greatest comic stories involving one of comics’ greatest creations, by one of comics’ greatest creators: in order, that would be the story “Back to the Klondike,” appearing in 1953 in Four-Color Comics #456, the second comic starring … Continue reading → 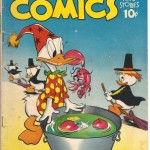 20% off all Back Issue Disney Comics. Details under DEAL OF THE WEEK. Continue reading → 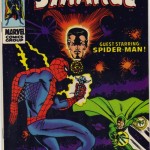 Round two!  I am rolling right through these things! Dr. Strange #179 from 1969 Ditko! Within the first page they let you know that this is a reprint. I think it’s a lot more fun when Stan Lee would actually call people out for being late and then force a reprint down the readers throats.  This is your fairly generic old-school Ditko Dr. Strange story.  The one thing that’s always worth noting about Ditko is how much he (at least seems) to have enjoyed drawing the backgrounds of the Astral Plane.  It’s like Stan Lee’s “script” said “screw with reality, … Continue reading →

Knights of the Dinner Table #170 — Creators: Jolly Blackburn, Steve Johansson, David Kenzer and Brian Jelke I have nothing new to say about this comic, except that I still like it — but if you didn’t see Community this week, go to your cable box and its “On Demand” channel, and see it right now: the gang play Advanced D&D, with Abed as DM and Pierce as scorned, gleeful personification of evil (Chevy Chase does his best work of the series), and it’s… just perfect; you can tell the creators spent a lot of their high school time with twenty-sided … Continue reading →