The Latest and (Mostly) Greatest #58 by Dan

All right folks, it’s been a long week, but reviews are here for your viewing pleasure! Let’s do this! 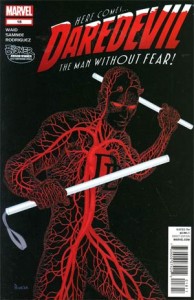 Month in and month out, Daredevil continues to be one of the best reads on the stands. I was worried when Marcos Martin left the book, but how can you not love Chris Samnee? Waid has transitioned this book from a basic superhero story to some kind of mental mystery. After Daredevil took a ton of abuse in the 90s and 2000s, Waid has pretty much turned his story into a psychological analysis of Matt Murdock’s mental condition. It sounds lame when I write it out, but it works really well this way. I can’t quite tell who or what is going to be involved in the punchline, but this is good stuff. 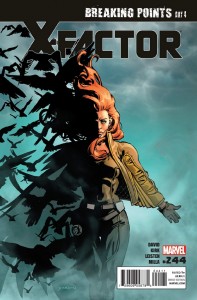 Peter David has made a career out of the slow burn, and this is no exception. We’ve been in one of the X-Factor lulls where there wasn’t a lot happening, but these last two issues have been completely insane and heartbreaking at the same time. David has been working with the plethora of characters he has and moving all his pieces around, but lately he’s been cutting down the team. The first half of this issue made it seem like it was going to be another set-up issue, but the punchline (which I call “OK, I loved you bye-bye” a reference I expect NO one to get) was so upsetting and our main character doesn’t even know it yet. Great, albeit upsetting, stuff. 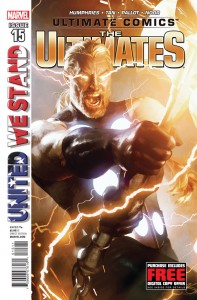 Oh boy, the Ultimate Universe… When you have to use an entire page to explain every piece of the current United States to help update the audience, you have a problem. When Ultimate Spider-Man (out this week) completely ignores that and tells its own story, you have a problem. When your big punchline is “Cap’s gunna be President” and No One cares, you have a problem. It’s upsetting, because Humphries is a capable writer, and the story isn’t bad. The Ultimate Universe should be better than this; there’s a lot of rebooting that’s gone on, and eventually it always goes off the rails, and when Philip Tan is your artist, you’ve gone off the rails. Zing. 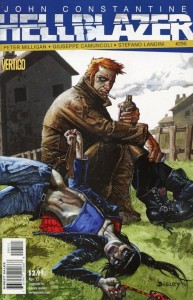 While Milligan’s work on main DC books hasn’t been my cup of tea, his Hellblazer run hasn’t dipped in quality. He’s well over 50 issues of this comic and still rolling right along. With Constantine married, I feel like Epiphany doesn’t stand a chance of surviving. As is often the case with Constantine, everything he touches dies, so why hasn’t she? I can’t tell if Milligan is going to break type and keep her around, but I like that he hasn’t just used and abused her as a character. He’s used a strong female character to counteract the a-hole that is Hellblazer, and it’s been a very fun book.

You ever look at a big ball of mediocrity like this that charges five bucks and wraps up irrelevant loose ends from the first round of cancelled comics and just ask why? Well, here DC Universe Presents… wrapping up the stories of OMAC and others. Mister Terrific ties into Earth-2… kind of. The Blackhawks section is almost completely unreadable, and the Hawk and Dove stuff is written by Rob Liefeld, so there’s that. There’s a Deadman story I should enjoy, but then the art is by Scott McDaniel, so that happened. This is very rough stuff, and basically shows why these books were cancelled. The Omac one was enjoyable, but that was at the beginning, and now I barely remember it. Bleh. I feel like I’ve wasted my time.

Oh, this comic is too great for words. Just take a look at that first page tribute to the Silver Age. This book shows the trials and tribulations of a young Diana, told as if it was written in the sixties. Every time Cliff Chiang actually does an issue of this comic, it makes me happy. He’s quite possibly the best artist that DC has used in this entire New 52, and Wonder Woman may be the absolute best book to come along in this entire reboot. Azzarello has put together an interesting take on the Amazon princess, and every issue has been good. This is no exception, and is a shining representation of what the New 52 and coming Marvel Now! should strive to be. 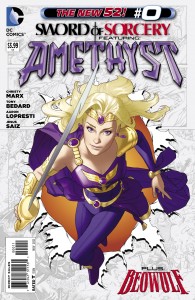 Batman Beyond Unlimited Writer/Artist: Various: This book is now three different stories at a time and, as long as you can get past Howard Porter’s art, it’s pretty darn enjoyable.

Before Watchmen: Nite Owl #3 Writer: J. Michael Straczynski Artist: Andy Kubert: Well, the inking is changing because of the death of Joe Kubert, but that doesn’t affect the mediocre plot. This is just not a good book. The end. 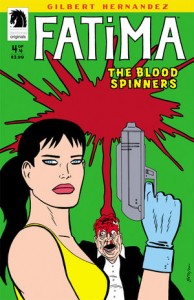 Fatima: The Blood Spinners #4 Writer/Artist: Gilbert Hernandez: Yeah, this book is sweet. I enjoyed everything about it, and you should get the trade when it comes out.

Ghost #0 Writer: Kelly Sue Deconnick Artist: Phil Noto: I know next to nothing about this rebooted Dark Horse character, and I enjoyed this. I expected T&A, but got a quality fun story that surprised me. Good stuff.

Venom #25 Writer: Cullen Bunn Artist: Thony Silas: Bunn has picked up where Remender left off in terms of tone, so this is still a good book. It’s got Venom fighting monster tiki Gods, so can you really complain?

And that’s the week! I don’t have an end line. Pretend I said something clever.