The Latest and (Mostly) Greatest #55 by Dan!

Holy guacamole… I’m back! Weird scheduling gave Phil the best shipping week in a while last week, and what do I get? Well, let’s just find out! 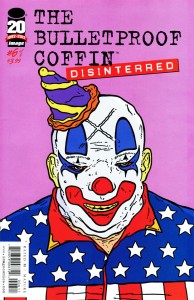 Well, this was a thing. I decided to look up the word disinterred, and got the phrase “to bring from obscurity into view” and ya know what? I’ll accept that. This book has been a plethora of strange stories that don’t even remotely tie together. Individual issues that pretend to be a cohesive mini-series based almost entirely in the world of the strange. It’s good, but hoo boy!… it does not make much sense. Kane, as always, makes it a very pretty book (try not to be creeped out by that cover), and it was another fun, if sometime incoherent, mini-series. 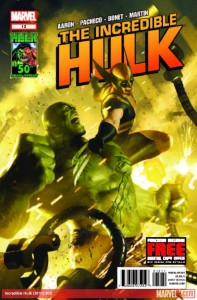 This is quite the series now that I don’t have to look at Marc Silvestri drawing it. This runaround of the Hulk trying to stop everything Bruce Banner does. He’s been failing, but what a trip it’s been. This time around we get Wolverine and the Thing coming to an underground prison that Bruce just happened to go inside of. Well, the story is called “Stay Angry”, so guess what the Hulk’s going to be doing? I don’t wanna say he takes a chunk of the Thing, crumples it up, and blows it into Wolverine’s eyes, but that’s exactly what happens. This is just stupid fun, and I’m interested in where the story is going to go.

Hot damn these books are entertaining! We never really have much love for Tieri on these reviews, but I gotta say his Space Punisher book is so above and beyond ridiculous that it’s actually incredibly fun. We all know everyone (including you six-armed Hulk!) is going to die, and the fact that the big evil people are a group of Watchers makes it all the more interesting.

In the same vein, Deadpool is indeed killing the Marvel Universe, and while it’s not incredibly funny, it is stupidly fun. He blows up Avengers tower and puts Pym particles in the coffee to poison Luke Cage. These are facts. He then uses the same Pym particles to increase the size of Mjolnir to crush Thor. This is a comic. On the stands. Right now. You should read it.

I’m not sure how I feel about this issue. It’s a break from the fast pace, in-your-face style we’ve had for 11 issues, and I’m not sure it works. An indy chick becomes obsessed with helping Batman in his underground sewer work. She’s quick to learn a lesson from Batman about how to be, and then it hints that her story might not be over. Snyder gets heavy-handed with his pro-gay agenda to the point where you almost roll your eyes. The overall story is just fine, but when the first 11 have been excellent, it’s unfair. Great cover and great Cloonan art though. 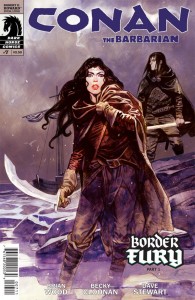 Speaking of pretty Cloonan art, she’s back on Conan! Now the person who had been filling in for her was a solid replacement, but it’s impossible to ignore how solid her work has been on this title. Conan and his new wife return to his home, but obviously, you can’t go home again. There’s also an evil Conan clone out there killing in his name, and let’s be clear, that can’t happen. We all know this is going to lead to a nice bit of the old ultra-violence, but Wood and Cloonan are masters of the set-up, and this is no exception. Just wait for it… 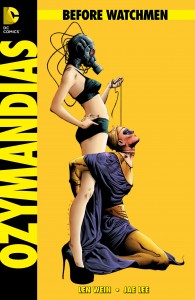 So… that cover has absolutely nothing to do with the actual comic. Fair warning. The info on Ozy’s origin continues pouring in, and it’s basically OK. The story itself is very banal, and the pieces are just moving into place in ways you’ll pretty much expect. It’s Jae Lee that makes everything work for the better. He has a two-page spread of flipping Ozy taking care of business that is absolutely stellar, and he’s killing almost every single page he draws. It’s without a doubt one of the prettiest books on the stands, and it’s definitely worth a look through. As for the content. Meh. 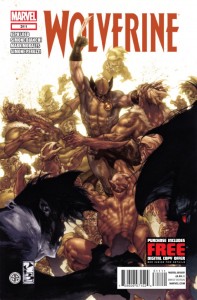 So… this is a comic. And that’s as close as I can get to a compliment. That’s not exactly true. This is still part of a sequel to the Loeb/Bianchi joint about killing Sabretooth. Bianchi’s art is much better this time, he seems to have learned to stop breaking his borders on page to the point where it can’t be seen. I can actually tell what’s going on, the problem is, is that nothing important is going on. You have your main character calling parts of the first story, THAT YOU WROTE, stupid. That’s just stupid. You’ve called your own writing stupid in a comic you’re writing. What’s my incentive to care? There’s not any. Simple as that. 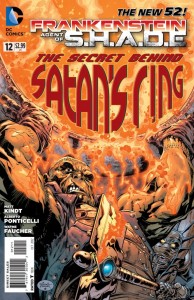 Frankenstein #12 Writer: Matt Kindt Artist: Alberto Ponticelli: I have loved this book since Kindt took over, and this one is no exception. It’s such a good book and worth checking out.

It Girls and the Atomics #1 Writer: Jamie S Rich Artist: Mike Norton: Basically acting as B.P.R.D. to Madman’s Hellboy, it’s good old fashioned mod-fun. I liked it a fair amount, and look forward to the next issue.

Batman: Arkham Unhinged #5 Writer: Derek Fridols Artist: Juan Ryp: Good golly I love Juan Ryp, and this book has been better than it should be. For fans of the video games, it explains things you didn’t know you care about, and surprisingly does it well. This time it’s about the one-armed brothers and their origin. It’s very good.

Marcelline and the Scream Queens #2 Writer/Artists: Meredith Gran & Faith Erin Hicks: While not as good as the main Adventure Time series, this is still just as much fun. Yes, I’m reading kids comics. Deal with it.

Gambit #1 Writer: James Asmus Artist: Clay Mann:  A new Gambit series makes me feel like I’m wasting my money in middle school again. And it’s just as mediocre as you’d expect. It’s nothing compared with Hawkeye that came out last week, so there’s that.

New Avengers 29 Writer: Brian Michael Bendis Artist: Mike Deodato: Bendis is at his best when there’s talking, and the Illuminati gets him to have some serious talking. This book will probably turn some off, but I really enjoyed it, in that “Powers” kind of way that he sometimes drops on us.

And that’s the week! The End!