The Latest and (Mostly) Greatest #15 by Dan!

All right folks!  It was a seriously huge week, so let’s get down to business! 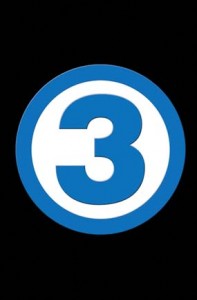 I am shocked.  I really have not cared about the Hickman FF run at all.  I found it boring, pretentious and convoluted.  Then the last six pages of this issue happened.  I know that you’ve probably all heard about the death, but I don’t feel like spoiling it.  Just know that it was in a super bad-ass take no prisoners, kicking and screaming kinda way, adding a solid end to the character (at least for the next three years…)  It also leaves the whole “we didn’t see them die” angle that will easily allow for a comeback.  When we get second printing of this (mid-February) make sure to pick it up just to read how good this one issue really is. 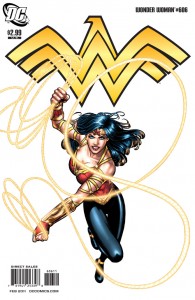 Now that everyone that was supposed to be involved has jumped ship, I still find this the more interesting of Straczynski’s attempts.  The story itself has been solid for the whole run, and Straczynski’s usual style that annoys me is now gone.  This issue revolves around Wonder Woman fighting a Huntsman.  There are seriously several murders through impalement, and that includes by using the Huntsman’s actual antlers.  I repeat.  Killed by antler impalement.  The plot is advancing slowly, but I find it pretty interesting.  It has spent enough time setting up tension that we’ll need a pay-off soon, but in the meantime, it’s a very intriguing story. 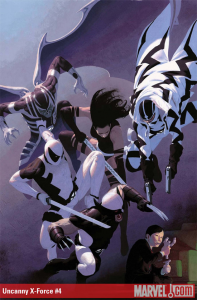 I don’t know why I like this.  It’s a team that’s created for no clear reason (go do bad things, but keep them secret), it uses stereotype popular characters (Deadpool, Wolverine) and mixes them with Remender’s favorites (Fantomex), and it involves all that’s 90’s with Archangel and Apocalypse, but damn it, I just love it.  It’s been so crazy and so intense that it completely works.  It’s almost like Remender knows to throw it all against the wall and see what sticks.  He and Opena also work together to craft a nice simple four-issue story that can continue onto a bigger arc.  There’s still plenty more to tell, but this first story was a success. 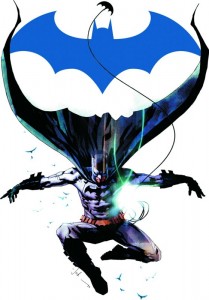 This is one of the more interesting developments due to the new $2.99 price point.  Snyder was using two stories to develop together and make one coherent story, but the loss of pages affects how he’s going to manage that.  That means the next issue will finish the Francavilla art story with Commissioner Gordon.  That means this issue is all Jock, and it’s fairly crazy.  The idea of auctions to get Batman failure memorabilia is pretty awesome, and the whole guy turning into a creature that then jumps off a plane worked on a couple different levels.  Snyder also develops Dick’s version of Batman to make it very different from Bruce Wayne and anything else you read.  It’s a sweet story that has lots of potential as it goes on. 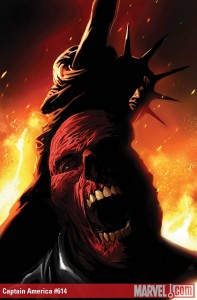 I was afraid that, with this being “the Trial of Captain America” that we were going to have to deal with a ton of issues with trial crap.  Brubaker didn’t let me down, he turned it in a completely different direction that had me going “Bucky, are you an idiot?!” as I sat in the store reading it on Wednesday.  It was good enough to make me immediately remember exactly what went down, and it was seriously one of the craziest twists I’ve seen in a while.  And!… It’s to be concluded next month.  I’m assuming that means a little closure with a lot of potential for future stories.  Gotta love when authors have a plan…

Green Arrow #8 Writer: J.T. Krul Artist: Diogenese Neves: This mixes one of my favorite characters with two of my favorite mystical characters.  What’s not to love?  Yeah, that’s right, I love the Demon and the Phantom Stranger…

New Avengers #8 Writer: Brian Michael Bendis Artist: Daniel Acuna: So very much talking, but a wrap up of an earlier storyline.  I didn’t mind it, but it’s definitely the weakest Avengers title out this week.

Ultimate Avengers 3 #6 Writer: Mark Millar Artist: Steve Dillon: This was… disappointing.  It just kind ended and I really didn’t care.  The Ultimate Universe is dying, and it’s kind of a bummer…

Magneto #1 Writer/Artist: Howard Chaykin: This was strange.  An interesting one-shot about a pre-X-men Magneto.  But a full issue of Chaykin on the art is always worth it.

New York Five #1 Writer: Brian Wood Artist: Ryan Kelly: Another hipster Vertigo title from Wood.  It’s interesting, but toeing the line of pretentious.  We’ll have to see where this goes.

Shazam #1 Writer: Eric Wallace Artist: Cliff Richards: Worth it if you’re a fan of the ongoing Titans series.  I’m not, so it’s definitely not worth it to me.

Ultimate Spider-Man #152 Writer: Brian Michael Bendis Artist: Sara Pichelli and David Lafuente: So much talking… so very much talking.  It’s all teenage angst drama, and it’s starting to get to me.  Ultimate Universe is dying… wait, I already said that.

Thunderbolts #152 Writer: Jeff Parker Artist: Kev Walker: This is still an interesting series, and adding a “hero” like Hyperion makes an interesting foil to compete with Luke Cage.  Watch this book, it’s a lot of fun.

The Weak of the Week (Definitely not the Best, If You Know What I mean)

There was no reason to start this alternate reality storyline with an anthology story.  Nothing good can come from starting a story with a series of mediocre short stories.  But that’s what you get in this first installment.  I was really interested in what this series had to offer, now I’m just ready for disappointment.  I don’t know anything about what’s going on, and this issue hasn’t done anything to help that.

This is just rough.  With so much Bendis this week, it’s easy to get overwhelmed by his wordiness.  But when you add in the mediocre art, the convoluted history of the Ultimate Universe, and a completely unintelligible story, you’re going to lose the reader.  The Ultimate Universe is dying (man, 3 times!)  When you create a separate universe to be easily accessible to readers, you shouldn’t throw so much continuity at readers in such a short time.  It’s rough, and not good anymore.

And that’s the week!  I’ll be back later in the week, but I hope you enjoyed this!

One Response to The Latest and (Mostly) Greatest #15 by Dan!