The Latest and (Mostly) Greatest #88 by Dan!

Whoa! No tie-ins to Infinity worth talking about this week, and not much on the Forever Evil front (we’ll cover that soon)… just some random great stuff. Let’s do this!

Welp. This took a very aggressive turn didn’t it? Deadpool was trying to shut down the company that was harvesting his organs (don’t worry… they grow back; healing factor, etc.. It’s led him to Korea with Captain America and Wolverine. It was all fun and games until all this background of Deadpool came out. Then it just got way, way dark. Deadpool had a daughter (the past tense is important) and the man who ran the organ business was involved, if not completely to blame. This, the conclusion to the story, takes things about as dark as they can go, to the point where even Wolverine barely knows how to handle it. This traditionally comedic book took a real serious dark turn for this conclusion, and it was absolutely amazing. Fantastic book. 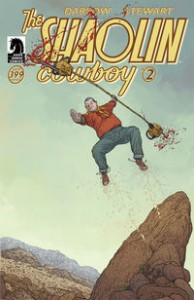 So, uh, this issue works as a complete opposite of Deadpool. In the last issue, the Cowboy was headed to fight a horde of zombies. In this issue, he fights them. And boy, does he ever! I can’t even begin to explain how hilariously ridiculous this entire book is. Every single page gets the same point across, but is completely different. The Cowboy takes a giant stick with two chainsaws and just starts hacking the hell out of everything. So we get a bunch of two-page spreads keeping track of the fuel gauge and giving us some sound effects to go along with the carnage. It’s quite possibly the most ridiculous comic I’ve ever read, and there is absolutely nothing wrong with that. 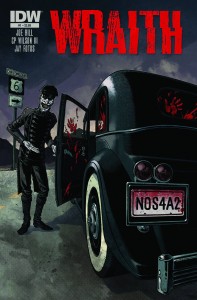 This is a very strange horror book. Hill, most known for writing Locke and Key and being Stephen King’s offspring, writes what is apparently a prequel for his novel “NOS4A2” and this issue tells the story of the drive Charlie Manx, and how he came to kidnap children and take them to “Christmasland.” It’s all about as dark and twisted as you’d expect, and Wilson really ups the creep factor. What really makes it work is the coloring. Jay Fotos does strange work with characters eyes to convey the different crazy things they’re going through, and it ups the intensity and weirdness. It’s an interesting first issue and worth checking out for fans of the horror genre. 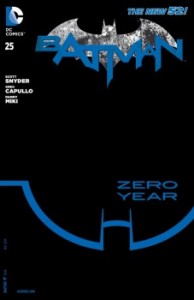 The Batman book is probably one of the strongest books that DC is putting out, but they’re really pushing the limits. The last issue was six bucks, and at least this one was nice enough to go down to five, but that’s still painful on the wallet (so I’m cheap! Sue me!).  That’s not to say the book is bad, I’ve actually kinda enjoyed the whole Zero Year. The problem is that I’m not sure where it’s going or how it’s going to change anything. Now that the Red Hood Gang has been dealt with, I can’t quite tell what the point of it all is going to be. There’s also a subplot in Nigeria that’s leaving me confused. I have faith in the writer/artist team to take care of it all, but right now I’m just a little turned around by everything. We’ll see. 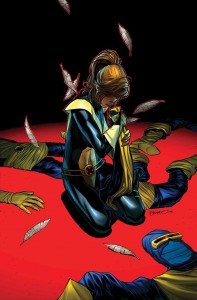 Another week, another chunk of painful Bendis comics. I’m actually a little tired of talking about/reading All New X-Men, but because it’s taken over as the main book, I gotta recognize it. The original X-Men have joined Cyclops, and they’re still fighting. It feels like Bendis is trying to make a soap opera like the original X-Men, but what we get is just a messy whiny yawn fest. The worst part is that it’s a waste of a great artist in Immonen. On the other hand, I don’t quite blame him for the problems with the Ultimate line. Throwing Galactus in their world was kind of an interesting idea, but now everything is getting bogged down with this ‘world-changing’ event. The littlest of things that have been put in place now have to address Galactus (like the new Cloak and Dagger). It becomes a bogged down mess that’s just not worth checking out. 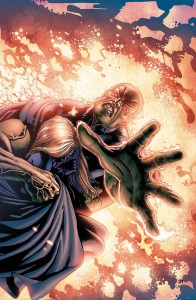 The Forever Evil tie-ins have been surprisingly fun books so far. The JLA book has been incredibly interesting, with Martian Manhunter trying to rescue everyone that’s currently trapped, but being buried in his own troubles as well. Derenick drew exactly like Doug Mahnke, so it’s a fantastic book to look at. The concept behind Arkham War (literally just all of Batman’s villains fight for owning Gotham City) is one of the more interesting, and it has a ton of stuff going on. Conceptually, both of these books are hitting it out of the park and enhancing the main series, which is exactly what you want from event tie-in books.

If you’re wondering, The Zero Year tie-ins this week were Green Lantern Corps #25, Nightwing #25 and Batgirl #25, but they all follow the same basic premise (people in trouble, Batman helps out, they get inspired, etc.) so it’s not really worth talking about.

On to Quick Hits! 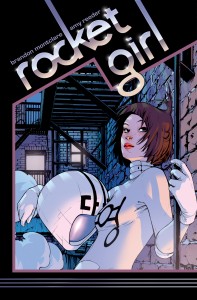 Rocket Girl #2 Writer: Brandon Montclare Artist: Amy Reeder: This book is absolutely off the charts in awesomeness. It’s great to look at, a fun concept and near perfect execution.

Umbral #1 Writer: Antony Johnston Artist: Christopher Mitten: Not quite sure how I feel about this book yet. It’s a magic Camelot type story with a lot of demons and death and destruciton. Good first issue, with potential. 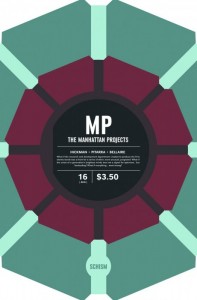 Marvel Knights: X-Men #1 Writer: Brahm Revel Artist: Cris Peter: Not a bad first issue, not as good as Spider-Man, but still enjoyable. Just a simple X-men book with no crazy tie-ins to anything. Good enough.

Thor: God of Thunder #15 Writer: Jason Aaron Artist: Ron Garney: I can’t explain why I like this book. Thor’s fighting an evil elf to save all the elves, and it’s just a drinking, fighting fun book.

And that’s the week! Later kids,