The Latest and (Mostly) Greatest #79 by Dan!

And I’m back! It’s been so very long since you’ve heard from me, but I’m back in action. Let’s do this! 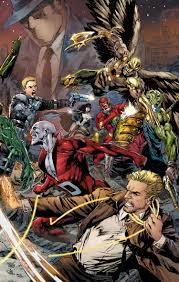 I’m starting to think I’m a little burnt out on all the DC events that go down. That’s not to say this one is bad. Things are actually happening and moving right along, but I just kinda don’t care anymore.  The Justice League, Justice League of America and Justice League Dark all officially run into each other while trying to deal with Superman, but that re-breaks everyone into different factions that actually kind of confused me. Conceptually it’s not bad, and the execution is fine, but I just don’t know if I care. Over in Constantine, one of those factions heads off to a bar and stuff goes a little cray-cray. It’s not bad either, but man, I really just can’t muster up anything to really rave about. If you’re looking for a solid plot with pretty pictures, this is right up your alley, but I just worry about it actually having any real lasting consequences. 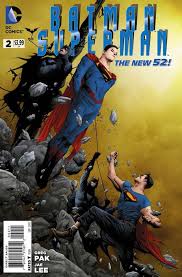 I really enjoy this book. For the first two issues a lot of things have happened, a villain has been created/introduced and the reader is left with so many questions that we’re almost begging for more. To be fair, you aren’t going to like this book if you don’t like Lee’s art. I feel like his hyper-stylized renditions of these characters may be a deal breaker for people that just don’t like it. However, I do like it. In the story, both the titular heroes have been sent forward in time after first meeting each other and are now meeting future versions of themselves and each other. It’s a very interesting concept with so far good execution, and I look forward to seeing what’s next. Oh and Wonder Woman shows up! That was cool. 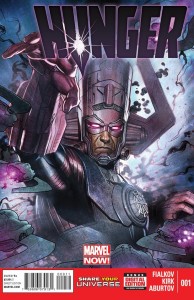 So in case you missed it, at the end of Age of Ultron (SPOILERS!) Galactus gets sent to the Ultimate Universe. “Now wait a minute!” you exclaim, “There’s already a Gah Lak Tus in the Ultimate Universe!” Well fear not, person who uses lots of exclamation points, Fialkov has a lot of competent answers for you. In this first issue, Galactus arrives and becomes more powerful than you can possibly imagine. Fialkov brings him right into the mix and handles all the cosmic bits for the Ultimate Universe in a reasonable and competent way. It’ll be interesting to see how this series pays off, but this is a solid first issue.

Two very different books from the same publisher, so I paired them together (deal with it). Their both similar in that they’re in the middle of their first arcs, and they are relying on a slow burn. Lazarus is still setting up all the family dynamics of this dystopian future, and hoo boy is there a lot of implied incest. You can tell that there’s a lot to come soon. Bounce is very similar to Casey’s other book Sex, in that a few issues have come out, but I still can’t tell the direction it’s going. I want to like it a lot, but I just can’t commit to Bounce yet, cause I can’t figure out what exactly I’m supposed to care about. Lazarus is a sure buy every time it comes out, Bounce still has a couple issues to really wow me. 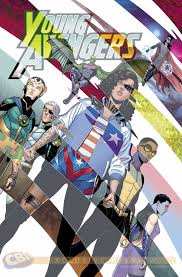 Boy this is building into quite a little masterpiece isn’t it? This book is just freaking amazing. The team has been on the run for a while (long enough for Marvel Boy to grow a beard) and they’re still trying to chase after the Patriot that’s been floating through the book. A ton of stuff goes down, including a random reference to Grant Morrison’s Marvel Boy miniseries and a huge callback to Gillen’s Journey Into Mystery run. It’s freaking fantastic so far and shows no signs of slowing down. Every page McKelvie draws is full of life and vibrancy that you don’t get anywhere else. Guys, this is a perfect comic book. Just thought you should know. Also, I swear to God that McKelvie’s alt-reality Kate Bishop is Miles Archer. I’m not crazy… right?

So do you remember those bits from earlier Hawkeye issues where Kate bishop fought Madame Masque? Do you also remember that Kate stormed out during the dog issue? Well Matt Fraction remembers! And he has decided to tell Kate’s entire story and wrap up some of those loose ends. While using an artist like David Aja in the main book, it makes perfect sense to use Pulido in this oversized issue. His cartoony style absolutely fits right into this world of Hawkguy, and every single page is worth watching and analyzing until you eyes go crossed. It’s a darn near perfect comic book, and most of all, it’s a lot of fun. 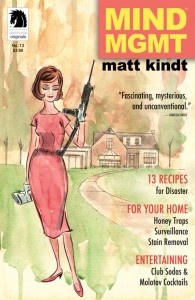 Mind MGMT #13 Writer/Artist: Matt Kindt: Kindt is going to be doing a series of one shots, and we’re all lucky this comic exists. Just buy it already!

Rocketeer & spirit: Pulp Friction #1 Writer: Mark Waid Artist: Paul Smith: Beautiful art mixed with the capable hands of writer Waid makes this a fun book for fans of either character. Worth trying if you’re not familiar with the characters either.

Lobster Johnson: A Scent of Lotus #1 Writers: Mike Mignola & John Arcudi Artist: Sebastian Fiumara: Just another quality book from the Mignola-verse. Lobster is the noir title, and it’s a treat every time it comes out.

All-Star Western #22 Writers: Justin Gray & Jimmy Palmiotti Artist: Moritat: Worth noting because Of its consistent quality and that Moritat has drawn every single issue. It’s a quality that can’t be said of almost every other new 52 book.

Flash #22 Writers: Francis Manapul & Brian Buccellato Artist: Manapul: Similar to All-Star this book had has consistent quality from the get go. Now the Reverse Flash story is coming to a head and it’s still real good stuff.

Aquaman #22 Writer: Geoff Johns Artist: Paul Pelletier: This book has some interesting ideas that are fast in motion. It’s not bad, but it’s not quite good either. A very average Aquaman. 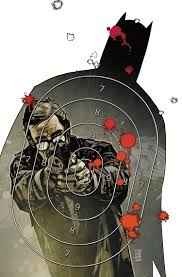 Batman The Dark Knight #22 Writer: Gregg Hurwitz Artist: Alex Maleev: Worth noting as Maleev begins working more for DC. His Batman is strange, but his Gordon is fantastic, so this is a pretty good book.

Superior Spider-Man Team-Up #1 Writer: Christopher Yost Artist: David Lopez: Not quite sure what to make of ANOTHER Spider-Man book hitting the stands. This one (much like superior foes) is just OK, and I’m not quite sure why it exists.

Captain America #9 Writer: Rick Remender Artist: John Romita: One issue away from the end and I just hate this book. I just can’t stand it. It feels like crybaby daddy issues. Just one more issue…

And that’s the week! I’ll see you folks next time!