The Latest and (Mostly) Greatest #75 by Dan!

Hi folks! the internet is down at my house, so I’m hanging with my parents while I do this. Yee-haw! Let’s do this! 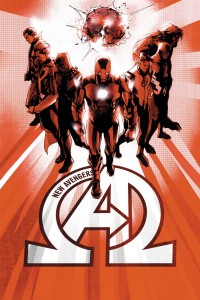 Aside from Deadpool, which I don’t count cause it’s a comedy, sometimes I feel like New Avengers is the ony Marvel Now book really worth reading. It’s a completely fresh take on traditional Marvel characters, it’s introduced some new players, and it’s got a high concept that’s bound to have a payoff at some point. With this issue, the cover doesn’t lie, as a planet blows up, things get “taken care of” but there’s a lot of consequences. Hickman is balancing a lot of different personalities in this book and doing it wonderfully, it doesn’t hurt to have Epting drawing, with some of the cleanest visuals you’ll get. This book is pretty perfect.

This is the kind of book that has to be re-read. I can tell that with it spanning several wars and several locales and the lives of four different people, this is a crazy book. With one issue to go, everybody gets a slight wrap-up, but there’s still time to take down the government stooge. This has all your traditional Ennis pieces (corrupt army people, corrupt government people, one guy trying to just do his job and paying for it…) it’s hard not to see exactly what’s coming. But cause it’s Ennis, you’re never quite fully aware of what’s coming next. This issue gives a baseball-bat filled conclusion to Barracuda’s story and still leaves enough to make you wonder how it all ends. Good stuff. 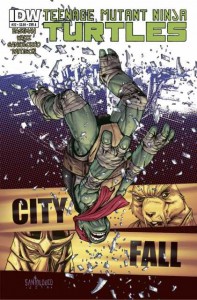 I have been obsessed with this book since it started, and now things just keep getting better. This is the first part of “City Fall” the story where Shredder tries to take everything over. Boy does he start big. Casey gets stabbed, one of the turtles gets abducted and everyone takes a beating. It’s a really good start to what looks to be a pivotal story from this run. Santolouco absolutely kills it on this book, as he has been doing for a while, and I’m looking forward to every issue month in and month out.

Boy, Adventure Time is such a strange little title, and this annual is no exception. It’s got some of the best writers/artists in it doing their usual weird stuff. The book starts with Roger Langridge of Muppet Show fame dropping an alphabetical story on us all. Next worth noting is Dustin Nguyen doing watercolors for two pages. Otherwise the book is a mixture of indie artists doing the strangest things they can think of. (I’d call one a Lemon Party, but the internet would just not go well if I did…) It’s a fun little book that’s worth it’s price tag (it is an annual after all).

So this is weird. Coipel is only drawing for three issues before someone else goes on. This is a problem I’ll talk about later. As for this issue, it’s fine, except one really weird thing. DC is always bogged down with its history, and Marvel usually avoids that. But in this issue, Wood brings back John Sublime from Grant Morrison’s New X-Men run. Who could possibly know what that character has done aside from me and Phil? Really? I like the Jubilee angle that shows up, and I like the other characters being used, but pulling a random villain that no one will remember is just truly frustrating.

So. Wolverine, Shanna and Hulk fight but lose, then this alien gets away from the Savage Land and returns to his master who is a Galactus rip-off. Then the last page says “THE END”  and the letters page says Cho’s run is over. What in the actual world. He did 5 issues of nothing in the Savage Land, created a character that’s a rip-off, and leaves? This is about as stupid as you think it could be, and it’s more of what’s wrong with Marvel in general. Why do you bring guys in for limited series that you don’t announce as limited, then watch the sales plummet later on. At least they aren’t bringing Joe Mad in to do the next arc. Wait a minute…

And Now some Quick Hits! 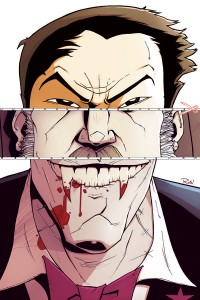 Chew 34 Writer: John Layman Artist: Rob Guillory: This book is consistently one of the most fun to read on the stands. It’s dark, but amazing.

Indestructible Hulk #8 Writer: Mark Waid Artist: Walt Simonson: I will not shut up about how great this book is any time soon. Deal with it. 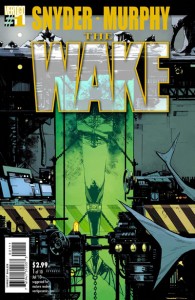 The Wake #1 Writer: Scott Snyder Artist: Sean Murphy: A good first issue, beautiful to look at, but we’ll see if it pays off, cause it’s hard to say if Snyder can do that.

Wolverine and the X-Men Writer: Jason Aaron Artist: Pasqual Ferry: I like this book, and though it’s called an interlude, it still advance the main plot very well. Good stuff.

And that’s the week! We’ll see you in a couple weeks.