The Latest and Mostly Greatest #47 by Dan

Oh boy, the Professor and I have agreed that there has been a ton of stuff worth talking about lately and limited internet space to post about it! It’s a good time to be reading comic books folks, so here’s more reviews for ya’! 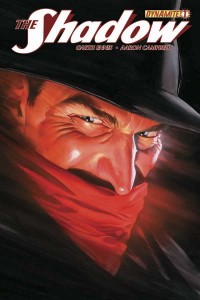 At times violent, at times dark, and at times funny, this new iteration of the Shadow hits all the style you’d expect from a Garth Ennis comic. However… you don’t quite get the traditional Ennis-isms that have become “the type” that you would expect from him. It’s a straightforward reboot of the Shadow franchise, introducing the character for new audiences effectively. I haven’t really had much access to Shadow stories, so I don’t know where it normally goes, but if the whole “predicting death” while shooting the hell out of bad guys thing is about right, then maybe I need to look back on it. There’s also about 47 covers for you to choose from, so how can you not love it? 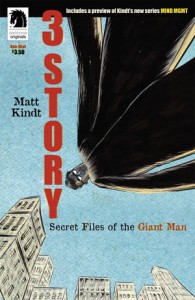 I have an especially large bias toward Matt Kindt and his water-color styling, so I absolutely love this. It’s a collection of MySpace Dark Horse Presents (do you kids remember MySpace?) that expands on his 3 Story book about the world’s tallest man. It’s just a few extra experiences about the heartbreaking life of the Giant Man, and it’s just as good as the original book. If you want to read more Kindt, check out SuperSpy, Revolver, a three-issue stint on Sweet Tooth, and his coming as the writer of Frankenstein. This book also has a preview for his new ongoing series “Mind MGMT” which I cannot wait for. It’s a good example of the type of writer/artist you’re dealing with. 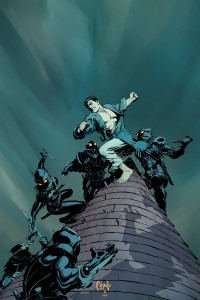 So this whole Court of Owls storyline really gets rolling this week, as you can tell from the sheer number of titles coming out that are tied into it. Batman is the one that actually directly starts the whole story with Bruce Wayne having to start the huge fight with the entire Court. Interesting things happen and a slight twist showing what the Owls don’t know. Batman is now priced at $3.99, with an extra back-up story drawn by Rafael Albuquerque that kind of sets everything in motion for the rest of the stories. 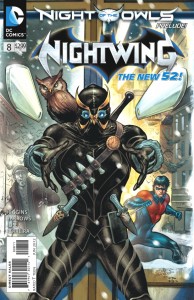 Nightwing takes its entire story to set up more of the Court of Owls. Since we’ve established that Dick Grayson is involved, it all makes sense. There’s several good fights and it’s a solid set-up to a tie-in.

Catwoman and Red Hood are both in the process of wrapping up a piece of their stories. Red Hood does it more effectively than Catwoman, but both of them end up with some kind of tie-in to get their Court of Owls involvement rolling. I’m going to spoil it just to help you decide what to buy. Catwoman is going to have to protect Penguin, and Red Hood is going to save Mr. Freeze. For some reason, the Red Hood story struck me as being surprisingly enjoyable, but I’ll believe it when I see it. These four titles were a good start to what will hopefully be a solid Bat-Crossover. 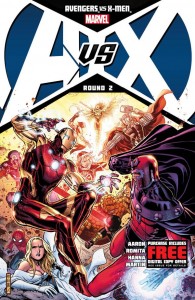 And this is the other side of the crossover story. These books are doing almost nothing for me. Avengers vs. X-men actually starts fighting it up, and Jason Aaron is pretty good at dealing a consistent, fun fight scene for however many pages this went for. His ability to understand the character does cross over into Wolverine which is still an incredibly fun title. Bachalo’s stylized art completely works for me. The Avengers book is completely forgettable, but nice to look at with Simonson art. This whole crossover just isn’t working for me. It gets a resounding “Meh.” 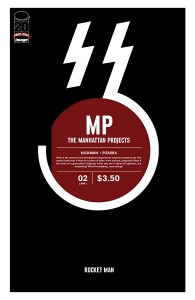 Hmm. I completely missed the first issue of this title. But I must not have missed much because I completely understand what’s going on. The people that helped create the Atomic Bomb are still working together to make something else. But this time, they’re also time-travelling and using Nazis for help! It’s very much the traditional high-concept Hickman book and it’s plenty fun to look at with solid Pitarra art making every character distinguishable. I know who everyone is, and Hickman effectively gives them all a motivation in one page. It’s very, very good stuff.

This is the latest work from dark-comedy Indy God Peter Bagge, and it’s a strange concept. A washed-up jerk of an actor is forced to result to lab-rat experiments to make any kind of money. This experiment makes him relive his life starting at a very unfortunate point at the end of his high school career. Any time he wants, he can press a reset button and start over again, but he has to start from that crappy point. It’s an interesting concept, like a darker-comedy version of the movie “Eternal Sunshine of the Spotless Mind.” Everyone is manipulating the main character and I’m interested in seeing where this goes. Bagge is a style you either love or hate, and I personally enjoy every page.

Now let’s do some quick hits! 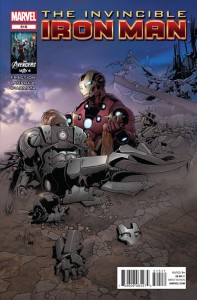 Propher #24 Writer: Brandon Graham Artist: Farel Dalrymple: Oh, this just got even weirder didn’t it? I have no idea what’s happening, but I love it.

Punisher #10 Writer: Greg Rucka Artist: Marco Checchetto: The next part of the crossover between Spidey/Punisher/Daredevil and Rucka is nailing it. This is a nice little three-part story that’s going to end up being the best crossover of the year, isn’t it? 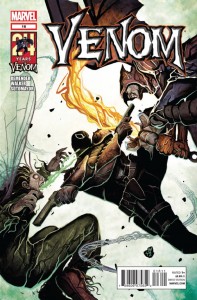 Venom #16 Writer: Rick Remender Artist: Kev Walker: This one-off story really gives you a mind mess to work with. Venom tries to save The Fly from Hobgoblin and nobody wins. Simple as that.

Hellblazer #290 Writer: Peter Milligan Artist: Giuseppe Camuncoli: Milligan seems to have a grand plan for Hellblazer, and pieces keep coming together. This is an absolutely fantastic run of this series, and I have loved every issue.

Resident Alien #1 Writer: Peter Hogan Artist: Steve Parkhouse: A collection of the story from Dark Horse Presents. It’s good stuff, so if you missed it the first time, check it out now.

And that’s the week! Every week of comics lately has had something worth reading, so get to All About Books and Comics and do it!