In case you haven’t heard or noticed, All About Books and Comics has just been inundated with great comic collections lately. From Golden Age to Bronze there’s a wealth of beautiful books surfacing that we have been fortunate enough to acquire. 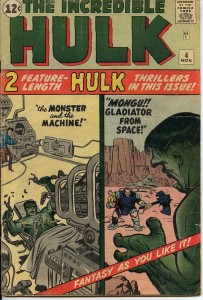 In the last month  a collection of approximately 12,000 comics was purchased with half in the 1940’s to 1960’s era! Every genre is represented, from Romance to War, and from Horror SF to Superhero.  There’s a great assortment of pre-superhero Marvel/Atlas including Amazing Adventures,  Journey into Mystery, Tales of Suspense and Tales to Astonish.  Obscure and esoteric publishers are here, including St. John, Lev Gleason, and Avon. There is a small group of EC’s, a bunch of DC and tons of Marvel Superhero titles.  A nice portion of these books are now graded, priced and at the store…..a small sampling are now being featured on eBay under seller name AMGIROUX, so check ’em out in the store on on the internet.  The collection is so large that we do not have all of it processed. We are adding books to the store daily and will be for the weeks ahead.

We have been posting pics of some of the great covers like Superman #7, Wonder Woman #52, Hulk #6, X-men #1 and more on our Facebook page so LIKE us on Facebook to see what we have! We keep adding more every day.

If you don’t live in Phoenix, not to worry, we do mail order. If you are going to be in Phoenix in late May for the upcoming Phoenix Comic Con we’ll be set up with lots of these goodies on hand. 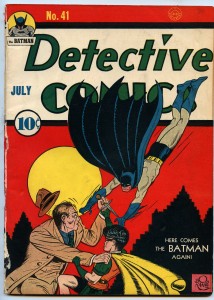 Feel free to email us your want list and we’ll see what we’ve got!

Alan Giroux, co-owner and founder of AABC is the heart and soul of All About Books and Comics! Alan is the master of acquiring our massive back issue inventory (over one million comics in stock). With 40 years of comic retailing Alan's expertise in back issue comics is unmatched. Alan handles all eBay sales. Got something to sell? Contact Alan!
View all posts by Alan →
This entry was posted in Comics History, DC, Marvel, News and Events, Silver Age and tagged Atlast, Avon, Bronze Age, Charlton, Comic Collections, DC, Dell, EC, Gold Key, Golden Age, Lev Gleason, Marvel, Pre-superhero, Romance, Silver Age, War, Western. Bookmark the permalink.