The Latest and (Mostly) Greatest #42 by Dan!

Hoo boy! It’s a Saturday, so it’s game on with the reviews folks. This was an odd week with cancellations and new titles and more, so let’s do this! 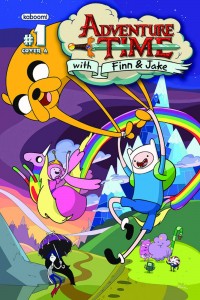 This. Book. Is. Awesome. An evil “bag of holding” starts trying to defeat Finn and Jake and everyone in adventure time, so it’s up to them to save the day. That doesn’t exactly work, even when they combine together to make Jake into a suit that Finn wears. It’s absolutely crazy. There’s captions at the bottom that put the Defenders throwbacks to shame. There’s a back up story with a hilarious punchline about cinnamon-flavored armpit apple juice. I can’t come up with this stuff on my own. This is a sweet comic that’s perfect for fans of the show.

Two Marvel series wrap up this week and they both end fairly strong. PunisherMax knew it was coming to an end, so the epicness that has been this series wraps up exactly how it wants to. I couldn’t possibly be happier with how this series turned out, and it’s a bummer that most stories don’t reach the quality that this one gets to. Black Panther was forced into cancellation, so everything gets wrapped up into a neat little bow and closed up. It feels a little forced and a little rushed and the art is screwy at points, so it’s kinda unfortunate. I loved both of these series, and to see them end is very unfortunate for comics as a whole. 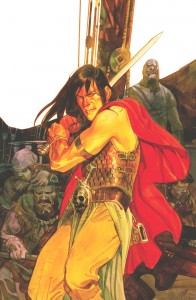 Hmm. I want to like this a lot more than I do. It’s the Demo team, which was a solid book. It’s the Northlanders writer, doing stuff very similar. But overall it just didn’t quite click. I liked where it was going, and what was done, but overall, it felt like most other Conan stories I’ve read. It has a lot of potential to be going somewhere, and I feel like we’re going to have to wait until the third issue to know if this is really going to be any good. Don’t get me wrong; it’s very much OK, and Cloonan’s art is soooo pretty. But overall? Meh. FOR NOW! 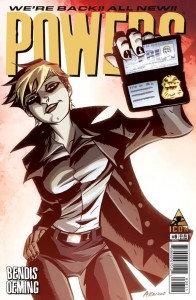 Hey, Powers is back! If you’ve never liked Bendis, then avoid Powers at all costs. But if you find yourself sick and tired of his Avengers stuff (pointing at self), Powers will remind you why you might actually like him sometimes. This is picking up right where we left off… what…six months ago?  I wish Powers would come out more often, but I don’t mind. I feel like with each issue taking more time, there’s less of a chance that Bendis can screw it up. 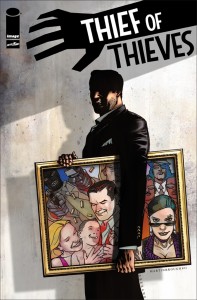 In the wake of recent Walking Dead news, Kirkman drops a new creator-owned series, and it’s interesting, but doesn’t feel complete. The tagline at the top talks about the life he left behind, and the cover goes into detail about his family, but that’s never addressed in the first issue. The cover tells you more about the main character than the entire comic does. What the comic gives you is a pretty solid story about a con-man art thief that decides he’s done. We meet a couple side characters, and learn about the main girl involved in the series. It’s solid stuff, but feels more like a zero issue than an actual #1. 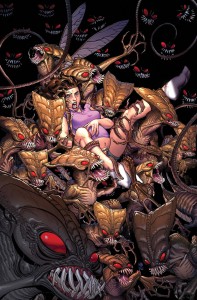 I’m not a huge Chris Bachalo fan, so the scrunched-face Art-Adams style of Bradshaw is a welcome change. This book has been surprisingly good for all of its issues. Aaron is continuing to show that he understand all the characters in the Marvel universe and how to give them a proper voice. It’s a little convoluted, in that a LOT of things are in motion, but that is really helped by Bradshaw’s art. It’s squish faced, but you can tell who everyone is and exactly what’s going on. It’s fun stuff, as long as you kinda let that weird cover that toes the line on being completely offensive. Good stuff. 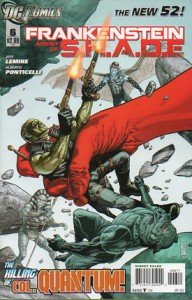 Ninjettes #1 Writer: Al Ewing Artist: Eman Casallos: Why does this exist? It’s a spin-off of dead characters from a Garth Ennis series. I don’t get it.

Batwoman #6 Writers: J.H. Williams III W. Haden Blackman Artist: Amy Reeder: The art change is staggering, but this is still a solid book. I enjoy the hell out of it, and you should too. 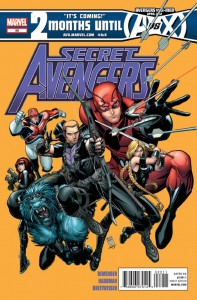 Secret Avengers #22 Writer: Rick Remender Artist: Gabriel Hardman: Still questioning the quality of this title. We’ll see, but Remender is off to a good start.

Haunt #21 Writer: Joe Casey Artist: Nathan Fox: As long as Haunt is being awesome I’ll keep mentioning it. Haunt is still being awesome.

Hulk #5 Writer: Jason Aaron Artist: A whole lot of people: I see what the plot is trying to do, but the art is making me want to gouge my eyes out with a stick.

And that’s it! I’ll be back… eventually!