All right, after a fair amount of acclaim and attention, we’re going to try this again! Fair warning, there’s a lot of sad creator -related news this week. So be prepared. But don’t worry, I’ll still use way too many exclamation points. Here’s the spiel:

I’m the kind of guy that checks out all kinds of comic-related internet websites and reads all the news. Through the week, if you follow our facebook you’ll see important comic news updated. This blog post (which I will post often) will be a quick review of the hits along with my traditionally snarky viewpoints.

CBR links to the blog that has the court documentation and gives the basic details of this story. 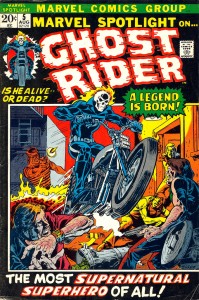 This case has been around since 2007. Gary Friedrich is one of the people who created Ghost Rider and sued the company, along with toy makers and movie companies for not registering Ghost Rider as a copyrighted item after the character’s first appearance in Marvel Spotlight. In response over the years, Marvel countersued for Friedrich using Ghost Rider to make money at conventions or through prints.

Basically, the entire case will be settled as long as Friedrich pays Marvel $17,000 and stops selling product with Ghost Rider on it. You heard that right, the guy who helped CREATE the character, won’t be able to make any money whatsoever, and in fact owes Marvel for his freelance convention work. 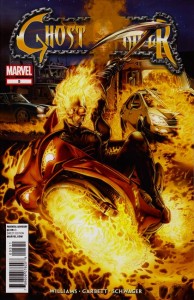 While the bust on him as a creator isn’t that surprising (Jack Kirby is spinning so hard in his grave that you’d think he was a Boom Tube), the convention piece is absolutely terrifying. Artist’s Alley’s at conventions are probably the easiest source of extra income that all artists have. If they have to pay Marvel or DC every single time they draw a character that’s essentially a Huge chunk of income disappearing from freelance workers and moving onto Disney’s doorstep.

Not to mention that Friedrich doesn’t even really do comics that much anymore, so one of his main sources of income has been punted out the window.

I don’t see this affecting artists at conventions immediately, but it definitely tells creators that they better watch who they mouth off to, or else they may lose and lose hard.

I wonder if he just made all his prints into the new girl Ghost Rider then he could still sell them. If people bought them like they bought the comic he wouldn’t really make that much money… (BURN!)

#2 DC Annuals and the latest round of artists musical chairs.

Once again, you gotta search The Source to find all of this. 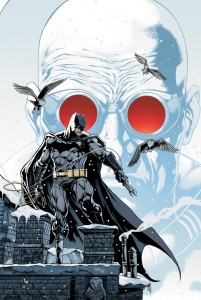 Well all right then. I thought I wouldn’t have to explain these long-winded team changes every week, apparently I was wrong. More new stuff from the DC 52 just keeps moving right along.

Let’s start with the easy stuff first! Annuals! DC has announced three (so far), and I’m sure there’s more on the horizon. First come Batman, featuring the first appearance of Mr. Freeze in the new DCU. That will be written by Scott Snyder with help from James Tynian IV and art by Jay Fabok. Second we’ll see Jeff Lemire drop an Animal Man book featuring Swamp Thing as the Red and the Green continue to battle the rot. That one gives you art from Timothy Green. Finally, the Teen Titans book by Scott Lobdell and Tom Defalco with art by Brett Booth sees a whole big tie-in with Titans, Superboy, The Ravagers and Legion Lost. Hoo boy that’s a lot of tying.

I appreciate that all of these titles use their series writers in some way, meaning they aren’t complete screw-off meaningless issues. I’d reserve judgment until they come about, because I barely know anything about the art teams attached to them. 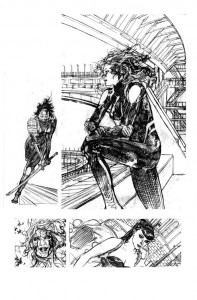 On the rotating art side of things, Steve Pugh, who is known for drawing Animal Man back in the day, will be drawing Animal Man permanently after filling in for a couple issues. Travel Foreman leaves Animal Man to take over Birds of Prey, which is weird because seeing him draw a comic about a bunch of girls doesn’t seem right. Jesus Saiz leaves Birds of Prey to go to Resurrection Man which I still can’t believe hasn’t been cancelled yet, and Fernando Dagnino steps off Resurrection Man to move to Suicide Squad. Hoo boy that was a lot of moving.

I’ll reserve real judgment until the issue 9’s come out, especially because the only art we’ve seen is that sample drawing by Foreman. Overall, I have no complaints, seeing as how all of these people haven’t really had issues with any of their books, and changing things up will help keep it all fresh (look at that positive spin I just put down…)

#3 Zombies are clearly not the only things with teeth…

Well, the Hollywood Reporter has the first statement, then they continue with Kirkman’s reply. This one’s gunna get ugly folks… 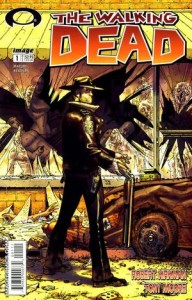 So… Tony Moore says he was screwed out of a ton of profits and isn’t even allowed to see profit statements that have come from The Walking Dead. He goes on to claim that Robert Kirkman tricked him into signing contracts that garnered him less than he deserved. It’s lawsuit time people!

Kirkman replied, saying the lawsuit was ridiculous and pulling out copies of the first issues to show that it only labelled him as a creator. Oooh snap indeed.

Here’s the kicker, Moore and Kirkman are lifelong friends. These two guys grew up together and apparently it got so bad that it came to this. The zombie soap opera book now has a real soap opera theme in real life.

I see this a couple ways. Moore drew 6 issues of the series. While he did essentially create and design a ton of the characters that are still around (actually only Rick and his kid have made it all the way), he only did 6 issues of an almost 100-issue series. His name is right there in the credits (of course those credits had Frank Darabont in them, Oh well…) so he’s gotta be seeing some money from it.

And the long story short, Walking Dead hasn’t been that good of a TV show. Sure if I was Moore I’d want my money while the going was good, but I’d rather they pay me just not to yell about it. (Please don’t get me started on the bogus meandering that has been this season. Just don’t do it.)

Quick Hits! Other Important Stories from the Week:

Marvel dropped the Avengers trailer at the Super Bowl. They extended it online. Hoo boy.

Marvel also released preview pages of the Avengers vs X-men series to whet your appetite. Pick your sides folks! They also supplied pictures of many different covers.

The BBC has a discussion with Alan Moore about using the V for Vendetta mask at the Occupy protests. When it’s not comic-related, I always enjoy what Moore has to say.

You bored? Here’s some quick things to look at to entertain you:

This parody of the Avengers is the greatest thing my sister and I have ever seen. The rest of you probably have no idea what this is.

A possible Dr. Who/Star Trek crossover, because you demanded it! Didn’t you?

How do you not love Avengers Legos?

And finally, Jean-Ralphio as Spider-Man. You’re welcome to the four people that get this.

And that’s the week! Did I miss anything? Feel free to yell at me in the store or in the comments!