The Latest and (Mostly) Greatest #40 by Dan!

Busy week, so I’m putting this together nice and quick for you guys.  Let’s do this! 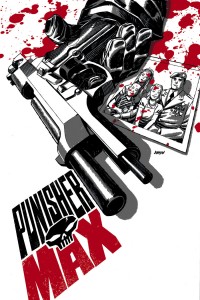 Holy Moses. This is the penultimate issue of this title and everything starts to go bang bang bang! Phil and I had a discussion determining how this fit into any kind of continuity and I think I finally put it together. This is acting as the end of everything from the Garth Ennis MAX run. That’s why there’s a random appearance by Barracuda, and that’s why Aaron can get away with killing the S$^% out of mainstream Marvel characters. Hot damn, it is a seriously good book, and all that’s left is an epilogue, so I’m assuming that Vanessa Fisk is about to get what’s coming to her. I’m legit excited. This is freaking fantastic.

You don’t need to know that Darwyn Cooke is a good artist (just look at the freaking variant. Wow!) What you should know is how this is exactly up to form with Robinson’s old Starman mini-series. No more of the Justice League crap he was putting out. Robinson has stepped back into the Shade’s voice so easily. This is one of those “Times Past” where Robinson digs into the history of the DCU and mixes the Starman mythology in beautifully. This is seriously such a nice book to just look at. You get yourself some sweet Cooke-draws-Vigilante action. So, so good. 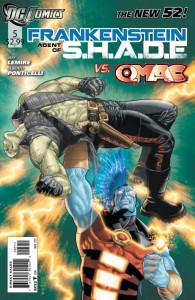 Oh Frankenstein… I can never quite tell what the hell is going on with you, but I do just enjoy you so very much. Lemire has a perfect grip on the Morrison-originated character, giving him a perfect voice. Ponticelli steps out of his traditional framing and creates some bizarre fight scenes. This is apparently tied-in with the OMAC story that came out last week. I didn’t have a chance to actually read that, but this story definitely works. I can pretty much guarantee it’s Lemire making this story work, and not his collaboration with Dan Didio, but the OMAC book might be worth checking out. 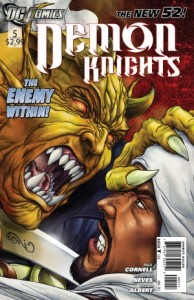 All the pieces are slowly moving in to place with Demon Knights, but that makes me wonder how long this can go on for. It’s fun to point out that I didn’t normally get any Cornell books before the relaunch, but now I’m getting Stormwatch and Demon Knights, so that’s progress! This is the kind of book that works on two levels. If you know the characters it’s a treat to see them in a new setting, and if you don’t, Cornell is a professional at giving each of them their own voice. Not to forget about Neves who is just drawing the hell out of this book! It’s good stuff for people who like…well, good stuff. 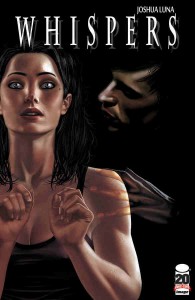 Well this is weird, isn’t it? One of the Luna brothers begins a project on his own, and the difference between this and things like Girls and Sword is evident. The other brother must be what makes the traditional crisp Luna brothers. But that’s not bad. This looks more natural, as if it’s actually drawn as opposed to computer-generated. It’s a weird story where a germophobe can’t handle the world, but when he dreams he can be anywhere. It usually takes a couple issues for Lunas to get started, so we’ll just have to wait and see. I trust them, but only so far. Because seriously, Girls was F$^&ing nuts! So ya just never know.

So, the 90s are back. That’s not exactly a good thing. This takes Kaine, who I think was part of The Clone Saga, and brings him back to kinda- sorta not be a real superhero. You can kinda see where this is going. It’s a pretty traditional story that’s not really anything to write home about. It had a good set-up with a solid opening, but I can’t really say it’s worth checking out unless you really like the character or want to try something new. How’s that for a ringing endorsement? 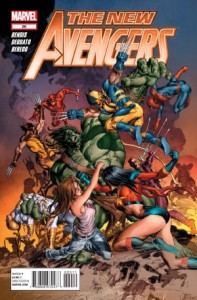 Oh my God, I am so done with Bendis on the Avengers. It would help if he wasn’t completely recycling the ideas. Hey! Remember that Dark Avengers story from a couple years ago? This is it all over again, just with new people. Remember the Luke Cage baby stuff from New Avengers? Guess what? All over again. It’s just repeating the same blatant mediocrity and it seems like he’s not even trying. It also doesn’t help that we know Deodato can draw, so he seems completely wasted in this book. It’s frustrating and a little bit infuriating. I want anyone else to be writing this just to make it better. 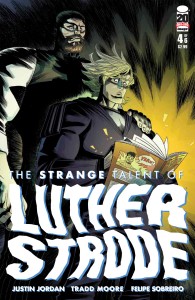 Green Lantern #5 Writer: Geoff Johns Artist: Doug Mahnke: The first storyline wraps up and puts it all back when it belongs. Not bad, but the same as it ever is.

Batwoman #5 Writer: W. Haden Blackman Artist: JH Williams III: Another book that doesn’t ever dip in quality, so I can’t say anything else about it. Great. 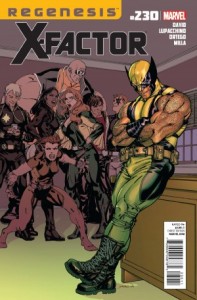 Wolverine & the X-men #4 Writer: Jason Aaron Artist: Nick Bradshaw: This has been a good book, and Bradshaw’s Art-Adams style makes it even better.

And that’s the week! I’ll be back for more later, as always.