The Latest and (Mostly) Greatest #31

So I’m stealing Phils idea and going to town on these new DC books. First, I’ll give you a quick rundown of other important stuff, then I’ll give you a ranking of each of the 13 (dear God…) titles that came out this week. 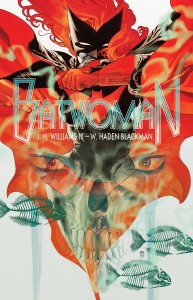 Really? Did you think I was going to say anything else was the best this week? This is an absolutely visually stunning book done by one of the best artists that anyone has to offer on the market today. Picking up where he left off with Rucka on Detective, Williams paints a fantastic picture of what’s going on, reminds us of everything that came before, and even has some nods back to Chase (the character he co-created). I freaking love this and, to put it simply, if you don’t, then you’re wrong.

So, the artist on this book looks oddly like Lemire in terms of style, and that absolutely works. This is a book of big ideas, and it throws them out by the buttload. It’s a nice experiment, embracing the Grant Morrison concept from the Seven Soldiers mini-series. Lemire knows what he’s doing when it’s not mainstream superheroes, and I was absolutely thrilled with this book. Good stuff, and a solid second place to Batwoman this week. 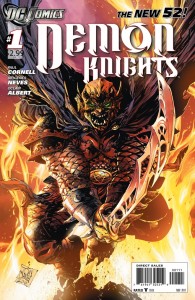 I love the Demon, I love this stupid concept, and I shockingly loved this book. Take a bunch of old-timey mythological heroes and stick them in a book together. Add dinosaurs for no discernible reason, and just let everyone fight it out. That’s what you get from this book. I think Cornell’s Stormwatch from last week was also good, so for me, Cornell is really running on all cylinders here and putting out career work. It’s definitely good stuff. 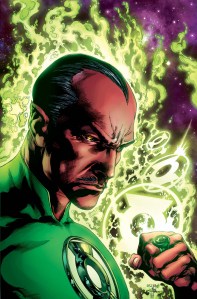 This title picks up right where it left off from the previous volume, and that’s not exactly a bad thing. As the top DC seller, not much should be changed. However, it’s not #1 because it’s definitely not easily accessible to new readers. I loved every minute of it, but it’s exactly what I’ve come to expect form GL. If you’ve been reading it before it’s worth it, but otherwise I’m not so sure… Holy crap that Doug Mahnke art is freaking fantastic though. There’s something about his line work that I can’t get over. 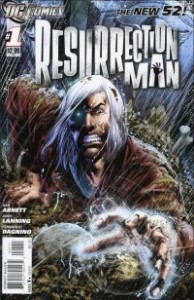 Now the quality of these books starts to take a bit of a downward slide. That’s not to say their bad (YET), but definitely not as good as the first four. I found Resurrection Man to be a little confusing. Apparently this was a 90s character that I’m supposed to care about? I could have found a much better character to revive than this (see Chronos, Chase, and more). In the meantime, we get the story of the man who can’t quite die and and is constantly revived with new powers each time. It’s interesting, but nothing I would go out of my way to recommend.

Speaking of odd reboots, this book tries to get back on track since Morrison left. Damian is back to being a huge jerk (how is he around?… continuity will make your brain explode) and Bruce Wayne is back to being tough with him. It has a couple good character moments, with Bruce being less of the unmovable jerk he had become, but it’s still a whole lot of nothing special, and I can see this book becoming Batman Confidential in a couple months time (as in, completely irrelevant).

Oy. I want to love this book. It’s kinda hilarious. There’s a double-page spread of a cat floating through space vomiting blood for God’s sake. It’s a huge joke, and because it’s written by Milligan, I feel like he has to know just as well as I do that this is stupid, but hilarious. It’s played completely straight though, so I still just can’t tell. I liked it? I think? I’m not especially proud of that fact. But if this book is supposed to be a parody of the characters, then it has definitely succeeded. 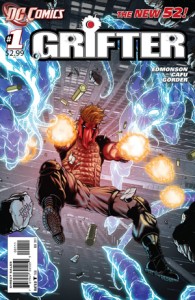 To be completely honest, I can’t guarantee that I have any idea what i actually read here, but I was intrigued. There’s a whole spirit thing going after Grifter in a very BOB from Twin Peaks kinda way. I’m not exactly complaining, but for first-time readers, it probably won’t make a single piece of sense. For example, the main character doesn’t even have the mask on until the last panel of the last page, and doesn’t ever wear the costume presented to us on the cover. Now THAT’S strong marketing folks… Check back in a couple months (if this is even still around) 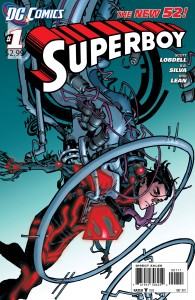 Speaking of books where I”m not 100% sure of what exactly I read, here comes Superboy. Some weird clone manipulation of alternate realities brings us this new, bald, and test-tubeifyed (<Not a word, by-the-way) Superboy. I feel like they tried to fake me out that he’s going to be the blood of Superman and Lex again, but we’ll see how it pans out. Also the use of Rose Wilson (daughter of Deathstroke) was a little off to me. I’m also not sure if it’s just the fact that I don’t care about Superboy all that much to begin with…

The first book to use a whole lot of killing to set the stage, this book wants to make Deathstroke seem like the “Ultimate Badass” and it kind of works. They feel the need to prove that he’s a lone wolf in this story, and that definitely succeeds. However, I find myself reading this story the whole time and wondering “what’s the point?” which is going to be a continuing theme for these last few books, me thinks… 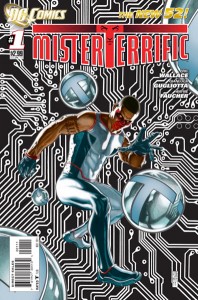 So. This comic exists. And that’s about all I have to say about it. It’s by the guy who wrote “Titans” which turned out to be pretty terrible, and it’s definitely not that bad. The problem is, I don’t really remember what happened in this issue. And it’s super unfortunate that the main two books so far featuring an African-American character (Batwing last week) have been really poorly made. Sometimes it feels like they just wanted books out of characters that haven’t had their time in the sun, and this was one of those books. I did like the beginning with the origin, but the pay off just wasn’t there. 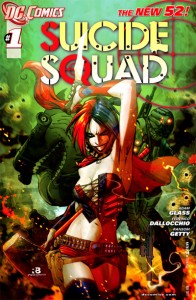 Holy Mary Mother of Controversy! It’s Suicide Squad! As if redoing Harley’s outfit wasn’t enough, making King Shark into a Hammerhead, AND getting rid of Deathstroke’s mustache just puts it over the top for me. They also de-fat-a-fied (<Also not a word) Amanda Waller. But that’s not even the problem here. The problem is that this book just isn’t very good. It’s a 22-page torture story featuring bad people having bad things done to them. The payoff twist is almost exactly what you’d expect. The only reason this isn’t last is because I’ve read much worse, and the last page has me at least wondering what it’s talking about. We’ll see Suicide Squad, but you’re on watch… Get it? Suicide Watch? I’m not half as funny as I think I am.

I try to like the Legion; I try really hard. But then issues like this happen, where I have no idea what’s going on, where it’s going, or why I’m supposed to give a flying [REDACTED]. I like Pete Woods. He was good on Action, but this new style that he executes in LL looks like he wasn’t even trying. Or that he was so rushed that it just didn’t work. This is the only book from this week that I won’t even give a look to the second issue of. It just doesn’t work for a multitude of reasons. Just go read Batwoman again. It’s way better.

1500 WORDS LATER! and we’re done. I only talked about 21 books…!! I didn’t even get to talk about Fear Itself: The Monkey King, which was ridiculously amazing (and I’m not joking)! C’mon in the store and buy some of these awesomely reviewed books, and prove me wrong on the ones I didn’t like! OK, now I’m really officially done here.