The Latest and (Mostly) Greatest #28

And just like that we’re back folks. I survived San Diego, and only lost a finger! (joke). Let’s do this. (head’s up, I didn’t review League of Extraordinary Gentlemen. That pretentious mess is not for me. ((cue internet explosion))) 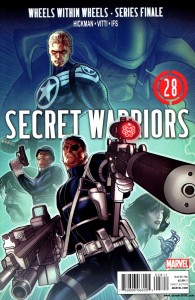 So Secret Warriors comes to its logical conclusion with more of a whimper than you might expect. However, when you think about it in the long run, it’s not that unexpected. This title has been running along with its usual flair for the dramatic, so a subdued final issue is to be expected. That’s not to say it’s not good, it’s freaking great. It wouldn’t be on this list if it wasn’t freakin’ great. I’m glad that it wrapped up almost all the loose ends but left the stuff for anyone else to pick up. It’s exactly what a Hickman book should be, and for the record, it’s way better than his FF run or his creator owned stuff. It’s completely accessible to everyone and I highly recommend reading the trades. 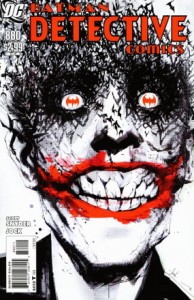 So I thought Jock was done with this book, but apparently we get another issue, which is pleasant for everyone except co-worked Ashley (who is leaving for California soon anyway, so whatever). Snyder’s run is the best Detective work I’ve ever read on Detective (now I haven’t read much, so don’t freak out), and now it’s coming to its logical conclusion. Everything has been building since Snyder took over, and he’s looking to wrap it up before the September relaunch. So what you’re going to get is a really, really pretty comic that’s going to probably be even better in the collected form. Don’t forget that Snyder is going to be moving over to Batman, so pick that one up (as opposed to Tony Daniel’s Batman, which you should completely run away from…) 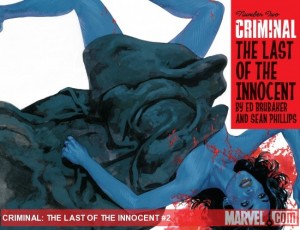 God, the Archie kids are screwed up. The latest Brubaker-Philips combo is the most screwed up I’ve seen in a while, with Philips absolutely killing it with the style change. There’s something about his art that transfers from his usual style to the cartoony world that is just visually stunning. It’s the kinda book that you can’t and don’t want to put down. I only wish it came out faster, because it’s really one of the best books that anyone is putting out right now. 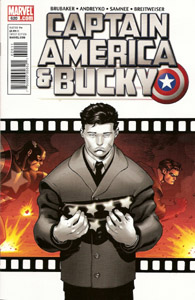 So the new direction for Cap and Buck takes this story (which had the numbering of the original Cap) back to some WW II flashbacks. It’s a very solid first issue, that covers the origin perfectly for people who just saw the Cap movie. There’s something about Samnee, whose art on Thor: The Mighty Avenger was some of the best. That seems to make this accessible to anyone. His almost cartoony style that mixes with Brubaker’s war story makes this the kind of book that almost anyone can grab hold of and not be completely lost. I’m intrigued to see how long the co-writer thing lasts, and to see if Brubaker just passes it off to Andreyko. There’s plenty to watch here, and it’s very good stuff. 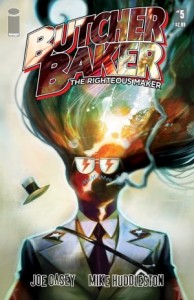 I don’t know why I love this comic. It’s bizarre; the constantly changing art style is confusing and jarring, and the story itself is just over-the-top for the sake of being over-the-top, and I freaking love it! It’s extreme to the point of parody, and that’s exactly what Casey is going for. Huddleston’s art changes style almost page by page, fluctuating based on who is in the actual scene, but it’s a story that has some heart behind it. The heart is actually found right behind excessive violence and orgy scenes, which is exactly what I’m looking for. Don’t judge me you guys, I can feel you doing it right through the computer... 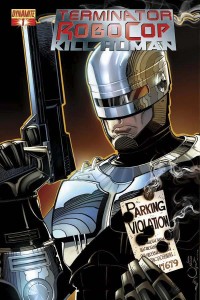 Speaking of comics I don’t know why I like, here’s Terminator Robocop! It’s not even a very good story folks, it’s not that nice to look at, but it’s freaking Terminators fighting against a Robocop! What is not to love about all that? It’s got the fair share of the ultra-violence, and it’s just stupid enough to be amazing.

This, on the other hand, is crap. It’s really too bad because I like the team involved in this book. For some reason this run of three issues has been a completely preachy mess. It felt like J. Michael Straczynski was writing in it, that’s how preachy it was. I’m excited for Warren Ellis to hop on board, and with how bad this is, those issues will probably blow me away.