The Latest and (Mostly) Greatest #25

All right folks, I’ve decided to change it up a little bit.  I’m gunna go about these the way Phil does, talk about what I want, when I want to, then recommend some stuff at the end.  Let’s see if this is any better. Let’s do this!

Three minis and a one-shot for all your Flashpoint goodness, and I ordered them with the best at the top.  This one-shot was just the right amount of ridiculous, with Gorilla Grodd ruling all of Africa and trying to manipulate his way to the top.  Not exactly the most politically correct concept, but executed in such a strange way that it’s hard to resist.  Deadman wins almost for its cover alone, but the actually comic held up on its own.  Legion was different than what I expected, with a really angry Heatwave on death row trying to figure out what he is going to do before the end.  Wonder Woman was the worst of the bunch, which is unfortunate because it has a strong writing team.  It filled in some Flashpoint backstory, but it was just boring and muddled and confusing.  The Flashpoint tie-ins have still been consistently strong with nothing really ruining the entire event. Good stuff, worth checking out. 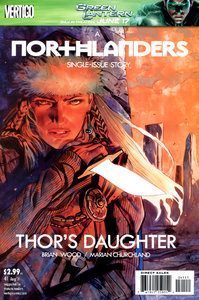 A soon-to-be casualty of the DC reboot, Northlanders just keeps telling stories that anyone should enjoy.  This one-shot is specifically about the daughter of a leader of a village, and how she deals with life after his death.  Wood has an uncanny ability to write powerful women, which isn’t really something a lot of guys can pull off (insert some burn on another writer here).  Wood works with another relative unknown in Churchland.  Churchland, like most of the artist who have worked on this series, pulls off Vikings and violence with a simplicity and elegance that’s hard to ignore.  Northlanders is one of the best Vertigo series going right now, and there are several trades of self-contained stories you can get if you ever feel the Viking urge. 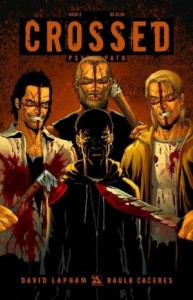 Oh Crossed… You’re the book that no one wants to admit that they read.  If you’re looking for the kind of book that would set off another “Seduction of the Innocent” style government intervention into the making of comic books, Crossed would be the first thing to come up with legislators.  It’s repulsive for the sake of repulsive, shows the absolute worst in all people, and makes sure that no one comes out unscathed.  The thing is, whether it’s written by the original creator Garth Ennis, or screwed around with by the latest writer Lapham, you’re getting good comics.  It’s a very interesting social experiment of “what would you do?” that can often make you sick to your stomach.  But it’s so very worth it. 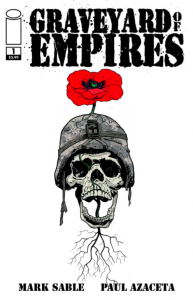 I didn’t know this was a zombie book, so fair warning on that.  This comic is an interesting one.  It’s all about American soldiers in Afghanistan and how they deal with the local civilians.  It plants a bunch of “who can you trust?” situations with suicide bombers and Taliban and all the crossing of cultures.  But then in the end it drop into a really bizarre zombie story.  But the zombies aren’t quite what you think they should be.  I don’t know how to explain without giving it all away.  This is one of those sleeper stories, where if it continues on the path it’s on, it could finally be the answer to “I’ve read Walking Dead, what should I read now?” (And trust me, that’s almost as hard a question to answer as “Do you have anything like Watchmen?”) 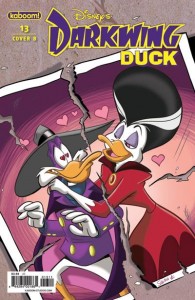 Every time a new Darkwing Duck storyline comes out, you should start reading it (if you haven’t already).  This is one of those times.  Fresh off the Duck-thulu story, Darkwing and Co. are dealing with the loss of Morgana.  But in the process a new hot handed monkey villain shows up to screw with everything.  This is the kinda comic that a kid can get into, but if you have any allegiance to the original cartoon material, you can pick it up too.  It’s a must read for any Disney afternoon fan, (a little better than Chip n Dale in my opinion, but they’re written by the same guy).  The ending has a very old school sitcom style turn, but again, that’s not a bad thing.  After 13 solid issues, I completely trust this creative team to work their magic on anything. 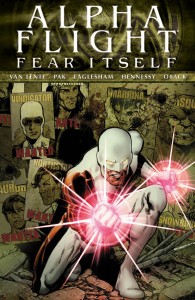 Alpha Flight is back, and this time in the hands of a very trusted creative team.  The Hulk collaborators Van Lente and Pak put together a very good take on Canada’s premiere super-team.  Every one of the members gets a moment in the spotlight, and everybody has to deal with the problems from the last team.  However, being someone who’s never really read Alpha Flight, I still feel like I knew exactly what was going on.  Add to that the stellar Eaglesham art, and you get yourself a nice first issue, tied in to an event, but not tied down by it. 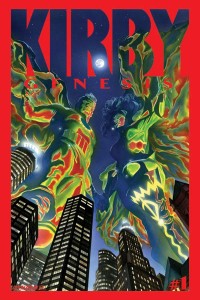 Hey! if you read this website years ago, you remember how I feel about Alex Ross.  Long story short, he makes money by dropping his name on something he barely does any work on.  This is a step-up, in that he actually draws some of it, but it’s not much better than the usual.  He’s taking undeveloped Kirby characters and shoving them down your throat because Kirby is the undisputed King.  The problem actually lies partly in Herbert’s lap.  His blatant Jay Baruchel rip-off takes you completely out of the comic.  Add to that the typical Busiek glacial pacing (he’s a fraction better than Jim Kreuger, but that’s not saying much), and you get a giant ball of mediocrity packaged with a shiny cover.

Other Stuff I’ve already talked about.  I know it’s good, and by now you should too:

And that’s the week!  What do you think?  Do you like this new style attempt?  Do you disagree with my choices?  Do you want me to stop asking questions?  Answer in the comments.