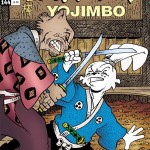 Usagi Yojimbo #144 — Creator: Stan Sakai I’ve sung the praises of Sakai’s long-eared samurai before, and this issue is a good example of why: it’s the conclusion of a two-part story involving rival soy-sauce breweries. Sound boring? Not so: Sakai wraps careful research into this ancient Japanese staple (there’s an improbably-fascinating essay about it in the back of the book) around a plot involving a noble businessman, a lazy cop, a loyal employee, murder and poetic retribution, all in his clear, suspenseful, action-packed style. As always: if you’re missing this, you’re passing up one of the best monthly comics … Continue reading → 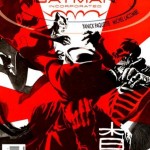