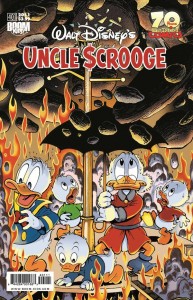 Rosa originally wrote this 24-page story in 1995, for (I think) one of the European Disney books; it appeared here in the US in 1997 in Walt Disney’s Comics and Stories #s 604-606. Gyro Gearloose invents the titular solvent (to demonstrate it to a skeptical Scrooge, he pours it through a stack of “the most impervious substances known to mankind,” starting with lead, and going through iron to “titanium steel,” “impervium,” and, at the bottom, “Disney contract”), and Scrooge spills a bottle on the ground, setting off a wild, science-fueled adventure that culminates in a mad race from the Earth’s molten core and volcanoes in the middle of Duckberg. The story is a rewrite of a “Pertwillaby Papers” strip that Rosa published in The Rocket’s Blast Comicollector fanzine in the late 1970s, and it is, simply, wonderful: an affectionate and enthusiastic tribute to all the great Ducks adventures that nails every spin, sticks every landing, and belongs up there with the best of them. Kudos to Boom! for publishing it, although fans will look in vain in the actual comic for any 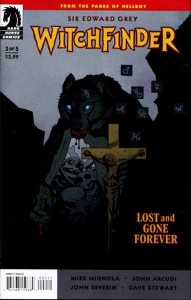 John Severin doing a 22-page supernatural western (with a werewolf), written by Mike Mignola and John Arcudi, and with a cover by Mignola. I’m in a hurry to get these posted tonight, so let’s cut it quick: you’re an idiot not to buy this comic. 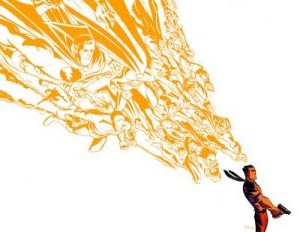 Better than the last couple of issues, (although these often work better in the trades): Deena comes back, as a federal agent, and her scenes with Walker have, as you might expect, sharp and rhythmic rapid-fire dialogue. The story’s intriguingly fannish, too — what’s up with superhero “gods”: actual pantheon members or deluded psychos (and, at their power levels, does it make a difference)? If you’ve slacked off buying this book lately 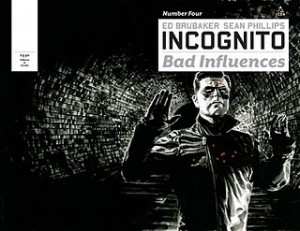 (Scarlett being more accessible, better-looking and more likely to show up on time), this is a good issue to check back in on.

This one has kind of slacked off for me: I admire its strong construction and art, but it’s been too long since the thing started to remember much of the plot, and it’s not like it’s going to end well: it’s a noir book, and they don’t end well by 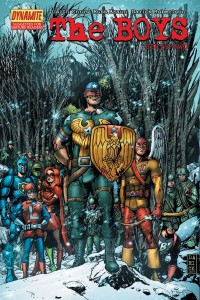 definition. I’ll read the story all the way through once the last issue comes out, though, and admire it; I just don’t look forward to each new issue the way I did with Criminal.

I have to admit, Ennis is taking this places I didn’t expect, and the relationship between Hughie and Annie is a lot more layered, and a lot less pulpy, than, say, the main love story in Preacher. It may turn out to be a better book — and, before you object, remember that Preacher had its share of gratuitous gross-out violence and humor too. Although it’s another title that I don’t 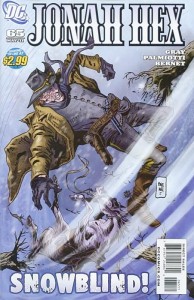 look forward to as much as I used to, it’s also another book that I’ll be happy to read through and admire when it’s all over. 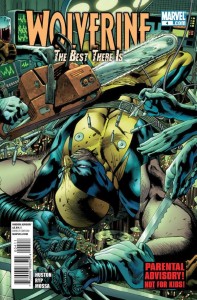 I’m tempted to go “Juan Jose Ryp!” three times here, too, interspersed with lines about how Huston’s proving to be an interesting writer, with his own pulpy excesses, but that might be too nakedly reflective of my desperation to finish these reviews in

Stuff I bought and liked, but don’t have anything new to say about, so look up previous reviews in the archives if you’re interested:

With 40 years of experience in comic reading, collecting and reviewing, English Professor Phil Mateer has an encyclopedic mind for comics. Feel free to ask Phil about storylines, characters, artists or for that matter, any comic book trivia. He will post your questions and answers on the AABC blog. His knowledge is unparalleled! He is also our warehouse manager, so if you are looking for that hard to find comic book, ask Phil!
View all posts by Phil →
This entry was posted in New Comics, Reviews and tagged Bendis, Boys, Brubaker, Don Rosa, Ennis, Incognito, John Severin, Jonah Hex, Jordi Bernet, Mike Mignola, Powers, Ryp, Uncle Scrooge, Universal Solvent, Witchfinder, Wolverine. Bookmark the permalink.