The Latest and (Mostly) Greatest #77 by Dan!

All right folks, I’ve been complaining lately about the weeks that I’ve been doing reviews, but this is NOT one of those weeks. This week was a monster with lots to talk about. Let’s do this! 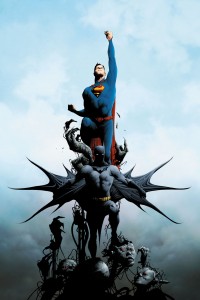 I never have hope for weird team-ups like this, but I gave it a shot cause Pak often delivers. And boy does this comic deliver! While Lee’s style has changed a lot over the years, it fits almost perfectly with what’s going on here. The overall story is that some thing is possessing people in Metropolis and making them do really bad things. Superman and Batman both try to to stop them, but then things go terribly awry. It’s a different twist on the “first time that they meet” type of story, and I’m excited to see where this goes. It’s a fairly solid first issue with a lot of potential. 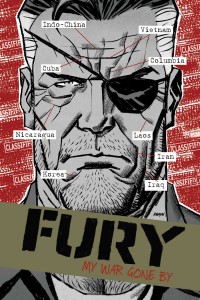 As one series starts, another comes to its conclusion. There was pretty much no other way this story could end than the way it does, but that doesn’t make it any less brutal or upsetting. I debated about just writing the word “guh” as a review because there’s almost no words to describe it. Ennis is a pro when it comes to two types of endings: “Everyone dies.” or “Everyone dies, but some live happily ever after.” Guess which one you get with a 13-issue war story about a dude who’s sleeping with a senator’s wife. When you mix in an artist like Parlov into this title and you get the perfect ending to what turned out to be a pretty perfect series. It’s great, as long as you don’t mind a wicked downer. 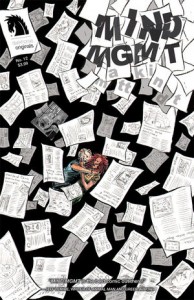 Mind MGMT wraps up its second arc with a lot of violence and a lot of death. Everything’s a lot more interesting when it’s done through watercolor, and Kindt is an aboslute master. Every issue of this comic is absolutely perfect, and it’s right up there with Manhattan Projects as the best comic currently being published. Every issue builds up the mystery and the conflict and when it hits a breaking point, as it does in this issue, that breaking point is insanely wild. It’s the kind of series where you trust that the creator knows where he’s going and knows what he’s doing, and it just work on every conceivable level. 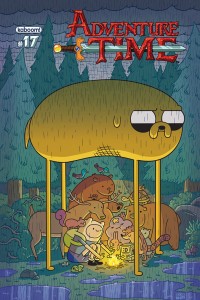 It’s a good time to be a quirky Cartoon Network show, and it’s a good time to be a comic based on a quirky Cartoon Network Show. These comics both play off the ridiculousness of their concepts but also still stay true to their source material. Adventure Time has Finn and Jake going on a quest with Ice King, and it even hits some of the more depressing backstory points that have been established in the series. Surprisingly sad, but a stellar comic nonetheless. Regular Show doesn’t even try to be serious, having Mordecai and Rigby fight through a mosh pit that’s trying to take over the world. They’re very different types of comics, but they’re just really, really good. 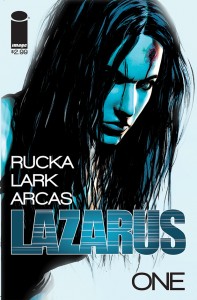 Guys…Greg Rucka and Michael Lark made a comic. Do I need to say anything more? You just know that it’s going to work right away, don’t you? Well this book is about how in the future, rich families have taken over everything and split all the power while leaving normal people in the dust. Each family has one relative that acts as a “lazarus” or protector of the family. We follow the story of ‘Forever’ who is of the family “Carlyle” as she tries to cope with being a killer surrounded by a word with such drastic issues. It’s an interesting premise and in the first issue you can already tell that nothing is as it seems. I wonder how long the concept is going to go, but based on Rucka’s six (!) pages of backstory on the making of, this may have quite a lot of staying power.

And then there’s this comic. It deserves a special piece of attention because it’s so high a concept that many people are probably going to rank it as a book of the year. And rightfully so. This issue follows the story of “Lucky” the dog that was discovered early in the run. It’s all told through the eyes of a dog in a way that melds the work of Chris Ware with an in-flight help manual. It’s freaking insane guys, and I feel like every time I look at a page I find something new. It also moves the main plot along in the background enough that you get the idea of what’s going on. It’s at times hilarious, heartbreaking and wonderful all throughout. It’s a perfect issue of another perfect comic this week (am I getting redundant yet?).

I debated about making fun of all the Justice League books here (spoiler alert: They’re all out this week, and they’re ALL not very good) but there’s too much good stuff and I’m in a good mood so let’s move on to Quick Hits! 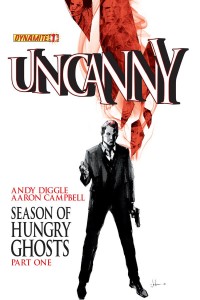 Uncanny #1 Writer: Andy Diggle Artist: Aaron Campbell: A dude can understand people and steal their abilities through contact. It’s not bad, and may be the “next big thing” depending on who you talk to.

Larfleeze #1 Writers: Keith Giffen & J.M Dematteis Artist: Scott Kolins: I’m a sucker so I enjoy this. The greediest character DC invented explains why he’s so greedy in this chatty first issue. It’s stupid, but it’s fun. So I like it. So there.

Avengers Arena #11 Writer: Dennis Hopeless Artist: Riccardo Burchielli: A lot of people hate this title because of its senseless violence and death, but I feel like there’s a punchline here that we’ll find out soon. It can’t just be mindless, right? 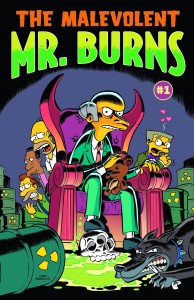 The Malevolent Mr. Burns #1 Writer/Artists: Various: These Simpsons spin-off issues have been a ton of fun, and Mr. Burns is no exception. Three stories that are all pretty funny and worth a read.

Age of Ultron Book 10AI Writer: Mark Waid Artist: Andre, Lima Araujo: Waid tells the whole history of Ant-Man and it’s well done. Age of Ultron, as a whole, wasn’t good, so that takes this book down a few points by association.

Jupiter’s Legacy #2 Writer: Mark Millar Artist: Frank Quitely: Pieces keep moving slowly, but I’m sticking with this book cause I love Quitely’s art. Take that for what you will. 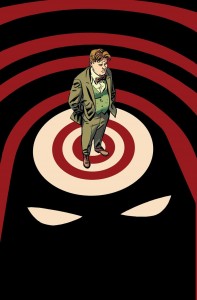 Daredevil #27 Writer: Mark Waid Artist: Chris Samnee: Another end of an arc sees Daredevil fight Bullseye, kinda. This is still a consistent fantastic comic, I’ve just run out of things to say about it.

Deadpool #12 Writers: Brian Posehn & Gerry Duggan Artist: Mike Hawthorne: See above. Storyline ends, already talked a lot about this. Add in the fact that it’s still completely hilarious and you’ve got my review in a nutshell.

Young Avengers #6 Writer: Kieron Gillen Artist: Kate Brown: A fill-in artist does an admirable job in this issue as more pieces move around for a bigger story. It’s kind of a one-shot, but I’m sure the consequences will pay off soon for this book.

1200 words later, That’s the Week! I told you it was a monster, and I was not kidding! Go to AABC and buy something, cause there’s definitely something out there for you to enjoy!