The Latest and (Mostly) Greatest #72 by Dan!

All right folks, this week I’m going to try to talk about a couple books I haven’t really said much about. Here’s hoping it won’t become a rambling mess. But don’t worry, I’ll still complain about Captain America near the end. Let’s do this! 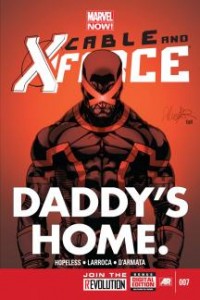 This book started a bit slowly, but seems to have really figured itself out. Most recently, Colossus had turned himself in after all that stuff with the Phoenix Force, so now the team hopes to break him out… or do they? Hopeless has put together a nice plan (and more) for the team to work on, and it leads to some fun unexpected results. Larroca is known for his photo-referencing, but I have absolutely no problem with it; it’s not like the guy is Greg Land or anything (zing.) 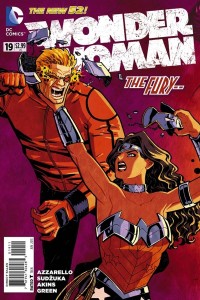 What’s been so amazing about this Wonder Woman series is that the artists that take Cliff Chiang’s place when he can’t make deadline have the uncanny ability to mimic his style. It’s been a fun book that’s looked consistently the same, and that style has helped inflate the quality of the book. If you had told me Azzarello would be responsible for bringing some of the New Gods around, I would have been incredibly annoyed, cause I’m not a huge fan of his super hero work, but this is just so good. The story is still completely self-contained, so you don’t have to worry about crossovers… yet. 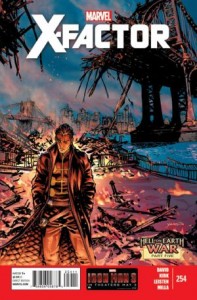 This book is not for the new reader. David has built this story for years now and as more pieces of it come to a head, more new pieces are created. David has developed all these characters to the point where long-time readers will understand all the decisions that they make. It’s just a good old-fashioned story about a team of mutants trying to survive in this big ol’ world of ours. Oh, and they have a half-wolf child that can kill demons that all of hell is fighting to get control of! You know, the usual. It’s probably the best X-book out on the stands, and, even after having a stroke (not kidding), David has still managed to put out multiple issues per month. Great stuff. 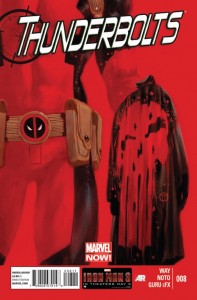 Thunderbolts is a goofy little book. When it started with Steve Dillon on art, it was actually a strange, fun and surprisingly good new book from the Marvel Now stuff. Dillon only stuck around for about 6 issue, but with Noto taking over, the transition was incredibly smooth. This covert ops team of the Red Hulk (always going to be goofy), Elektra, Deadpool, Venom and the Punisher is already seeing some shake-ups and changes, and I look forward to every issue, just to see what happens next. It’s just a strange fun book that may only be based around the color red, but I like it. 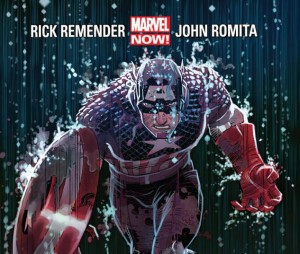 I want to like this book. I want to like this character. I want to be able to read a Captain America book and tell my friends “you should absolutely read this!” But I just can’t. This book is incredibly stupid. I really like the Baron Zemo character, but making him a goofy father that has to battle for his son against Captain America just doesn’t work. At least this issue doesn’t have any awful flashbacks to the abusive childhood of Steve Rogers, but the “symbolism” and “metaphor” that’s rammed down the reader’s throats just isn’t working. This book is painful to read and look at.

So this “sci-fi volleyball girl power” book just turned into a “mutant sci-fi mercenary volleyball girl power” book with one issue, didn’t it? This book had a slow burn for the first few issues, but this one kinda makes up for all of that. After displaying weird powers during volleyball games, the protagonist has now been recruited by the government to do whatever they want her to do. But, she’s probably not going to do that, is she? This book, and specifically this issue, has been absolutely fantastic. It started off with a crazy concept and evolved into something even crazier than I expected. So great.

Superior Spider-Man #8 Writer: Dan Slott Artist: Humberto Ramos: Slott keeps coming up with ways to end his story, and then blowing them up in your face. I look forawrd to seeing whatever’s next in each issue.

Daredevil #25 Writer: Mark Waid Artist: Chris Samnee: This book just keeps getting better. A solid fight scene that leads to a pretty incredible twist. So good. So So very good!

Teenage Mutant Ninja Turtles Micro-Series Villains: Krang Writer: Joshua Williamson Artist: Mike Henderson: Another week, another sweet mini-series based around characters from TMNT. This one is kinda goofy, as a bright pink blob gets a tale of taking over the world, but it’s still fun.

Adventure Time #15 Writer: Ryan North Artist: Shelli Paroline & Braden Lamb: Adventure Time is as stupid as it is awesome, and this stupid issue is a lot of fun. This book is worth it alone for the text on the bottom.

Age of Ultron #6 Writer: Brian Michael Bendis Artist: Brandon Peterson: Yeah, this book is still kinda dumb, and I’m not expecting much more from it.

And that’s the week!