The Latest and (Mostly) Greatest #67 by Dan!

All right folks, we’re back! There’s a fair amount to cover this week. Let’s do this! 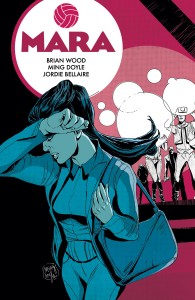 How to explain this comic… A strange future world where armies are still fighting, but everyone loves watching girls volleyball to the point that they are complete superstars. One star (our title character), has shined above the rest, but something isn’t quite right… this is the follow-up from the previous issue where everyone seems to think Mara is now cheating, and she is not taking it well. Doyle is drawing solid action scenes where everything makes sense, and Wood is crafting a story that leaves the reader guessing what comes next. It’s pretty enjoyable stuff, with a lot of potential, and I look forward to the next issue.

So… apparently this is the end of the entire “Rise of the Third Army” storyline that’s been running through the Green Lantern books, and it’s… Ok? I guess? The Lanterns finally take the fight to the Guardians and it gets pretty insane. But the problem I’m sitting with is that the Guardians have been evil for like 5 years now (that could be an exaggeration, or it could be just a couple of years, I’m not sure), so why can’t we just move along and replace them or something? They’ve taken forever to get to the point of actually fighting back, and I’m starting to wonder if this whole “evil Guardian” idea will ever actually come to a head. 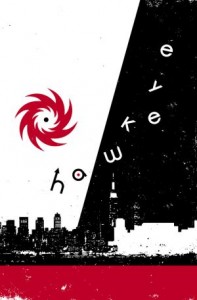 So you’d think that for an issue where all profits go toward Hurricane Sandy relief, they’d have the main artist (David Aja) do the traditional stellar work that he does. That’s not the case here. This is two stories about the Hawkeye’s and what they had to do as the storm hit. It’s a little heavy-handed in the first story, but pretty enjoyable. Lieber matches Aja’s style pretty well. The second story is more action-oriented, but looks less like Aja, so ya’ win some, ya’ lose some. It’s a good issue of what has been a fantastic series, and it’s still worth buying, especially with the charitable situation. 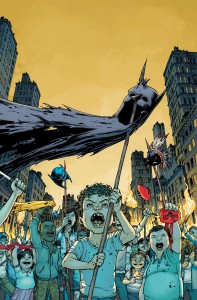 Every issue of Batman Inc makes me realize I’m going to have to go back and re-read all of Grant Morrison’s Batman run. I thought the last issue was basically it for Talia completely destroying Batman, and that we were going to get to the point of rebuilding, but nope! She’s still killing the hell out of his team, blowing up towers, and brainwashing kiddies. It’s an issue where the plot doesn’t actually move much, but a lot of stuff goes down, and it’s amazing. Burnham has absolutely killed it on this book, and this issue is no exception. Great stuff. 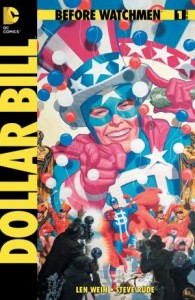 This “whole before Watchmen” thing really went off the rails, but this is kind of the example of what it could have been. This Dollar Bill one-shot is just a simple story showcasing a piece of the Watchmen universe, and it pretty much works. It’s not a six-issue mini that’s dragging the characters through the mud, it’s just a perspective piece telling the story of what went wrong for him, and the more I think about it the more I enjoy it. If the rest of the Watchmen mini could have done something similar, this could have actually been a fun series, as opposed to an overdone, mismanaged mess of an event. 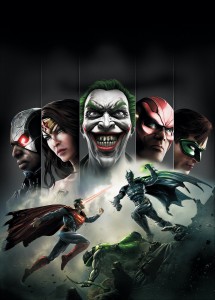 Injustice Gods Among Us #1 Writer: Tom Taylor Artists: 3 of ’em: So this is the book based on the soon-to-be-released video game, and it is dark as hell. Surprisingly good, and working as set-up for the game. Good stuff.

Superior Spider-Man #2 Writer: Dan Slott Artist: Ryan Stegman: The plot keeps moving along, and it’s very good stuff. I like the concept and the execution so far, but check back in a month. 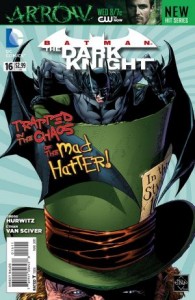 Batman: The Dark Knight #16 Writer: Gregg Hurwitz Artist: Ethan Van Sciver: Holy Moley, what a difference an artist makes. This story is much better than the Finch stuff, but still a bit too violent/weird for my tastes. More enjoyable though.

Avengers #4 Writer: Jonathan Hickman Artist: Adam Kubert: This is the opposite of Dark Knight, the artist makes it worse. This story is fine, but the art just kills it. Also, useless fact, A.I.M. has interns, and that concept is hilarious.

Adventure Time #12 Writer: Ryan North Artist: Shelli Paroline & Braden Lamb: Still awesome, is there anything else you need to know?

And that’s the week! See you next time folks.