The Latest and (Mostly) Greatest #44

All right, let’s do this! 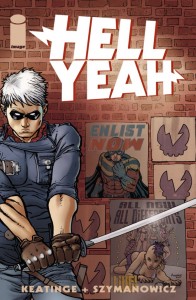 “Hell Yeah” is a strange comic. It’s got the traditional Image violence and shock value, but it’s blending it with what seems to be the “new direction” that the art from Image books has continued to do. Image has had a nice little relaunch here with the reboots of Prophet and Glory, and this book lines up with Thief of Thieves as another brand new entry into that direction. The story involves a super-powered kid who isn’t living up to his potential until some alternate reality stuff bears its ugly head. Simple enough premise introduced pretty well. I say it’s worth checking out the next issues to see where it goes. 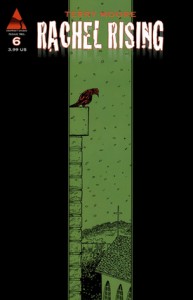 The only word I can come up with to describe this book is “eerie” and that’s a very good thing. When it comes to Terry Moore, you know exactly what you’re getting quality-wise, but content is always up in the air. Ever since Echo started spinning off into Nuclear Physics, I’m always worried about how far off track Moore will go. This one starts to get into the ideas of death and rebirth, but then saves it with how many plot threads are moving around at once. It’s fun stuff, and the end is just haunting. It’s only six issues in, which means we should see a trade soon, and that’s definitely going to be worth picking up. 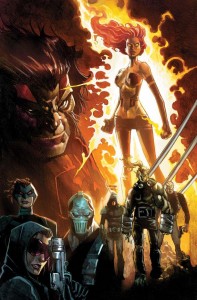 It’s seriously been 17 years since AOA first came around… how old does THAT make you feel? Well, this story picks up on pieces from both the original AOA and the appearances that recently occurred in Uncanny X-Force. There’s also a bit that I think was from the .1 issue that explains why a bunch of them don’t have powers. It’s an odd book, but I’m a huge fan of De La Torre’s murky art style. Hopefully he stays on it for a while, cuz’ with the energy that Lapham inevitably brings, it’s the kind of story that’s going to hopefully build into something crazy, and I’m excited to see what the final product looks like. 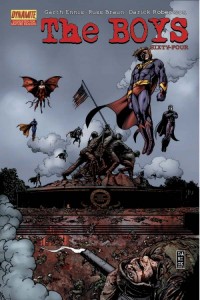 This has one of the most graphic two-page spreads I have ever seen. And that’s the fourth page of the book. It’s completely insane. And everything is just coming together. Ennis always proves his ability to put everything into a nice little box and have it all make perfect sense. Look at Preacher, the Punisher and Hitman,! Ennis knows how to put linking plot threads together that you barely remember and make it all work out in the end! There’s light links to the Herogasm mini series and plenty of other throwbacks that help put everything together, even in that repulsive double-page spread. It’s basically awesome, and I don’t have anything else to say about it. 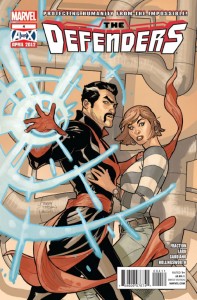 Oh hell yes Michael Lark! Things take a darker turn after the first three issues of the Defenders and putting in Lark to do the art is a pitch perfect choice. The tone doesn’t change (still having those weird tag lines on the end of pages), but everything just gets darker and moodier. A new guy wants to get in on the Sorcerer Supreme action, so a giant battle with Dr. Strange is bound to happen. Except… not so much. Fraction reminds us that Dr. Strange knows what he’s doing, and in turn, show us that Fraction himself knows how to handle these characters. Next issue? UNDER WATER! So keep enjoying this series. 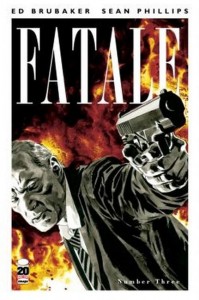 I kinda just wanna say “Brubaker Phillips” and end it there, but c’mon, that’s not what you’re here for. Fatale is a perfect comic book for people that don’t like generic superhero comic books. It’s going to be a huge story (in the back-up Brubaker says it’s already going to increase from the 12-issue plan to 15), and I still can’t quite explain what’s happening. There’s a shady lady who is surviving throughout time and ruining the lives of one family, there’s shady other people also trying to hurt this family, and there’s a guy who’s trying to figure out what the hell is happening to his family. It’s enjoyably good stuff, and I can’t wait to see where it goes.

And now the quick hits! 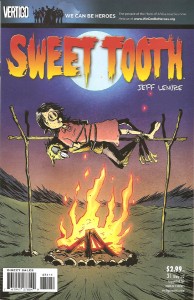 Sweet Tooth #31 Writer/Artist: Jeff Lemire: This freaking book. This is without a doubt some of the best material Vertigo has put out in years. Great Stuff.

Venom #14 Writer: Rick Remender Artist: Tony Moore: Moore’s art is so pretty, and this whole Venom Circle of four story has been pretty enjoyable. A nice little month-long story that ended this week.

Night Force #1 Writer: Marv Wolfman Artist: Tom Mandrake: The return to the darkness with the reboot of this odd DC title. It’s ok, and worth it along just to look at Mandrake’s art. 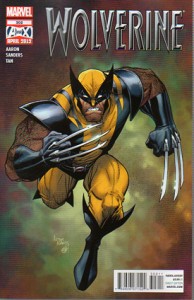 Wolverine #302 Writer: Jason Aaron Artists: Billy Tan & Steve Sanders: Aaron’s run is rapidly wrapping up and everything is hitting the fan. It’s great fun, and will hopefully all work in the end.

Avengers Academy #27 Writer: Christos Gage Artist: Karl Moline: Worth noting because if you read comics in the early 2000’s you might remember both Runaways and Sentinel, who have both made their comebacks in this book, and that’s awesome.

And that’s the week! Until next time, I am me, you are you, and at this point I’m just rambling because I don’t know how to end it!

This entry was posted in Reviews and tagged Age of Apocalypse, Defenders, Fatale, Image Comics, Terry Moore, The Boys. Bookmark the permalink.