The latest and (Mostly) Greatest #43

And we’re back! Here comes the latest round of reviews for this week’s books! 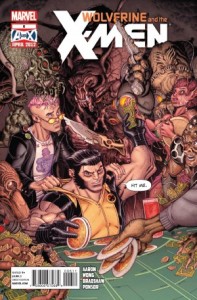 Holy Moly this is a weird book! As Beast and students have to kill the Brood growing inside of Kitty Pride, Kitty has to dodge the actual Brood attack going on at the school. Out in a separate galaxy, Wolverine and Kid Omega are gambling to get money for their school. The chaos going on in this book is perfectly rendered by Bradshaw who channels a “smushed face” Art Adams style. Every issue of this has been accurately described as fun, and this latest piece is no exception. Aaron is making crazy stuff happen, and it’s leading to the most fun I’ve read in an X-book in a while. 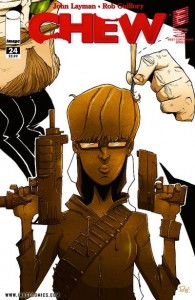 We don’t talk about Chew enough. After it’s ridiculously hyped and priced first issue, things have settled down, and this has just been one fantastic series. I always start to wonder if Layman is just making up the words that he uses to describe people’s talents. This issue involves a dude who can make things out of chocolate that are actually workable (as in weapons and stuff like that). But it turns out that he’s not really the focus of the story. There’s also still the main character being tied up and forced to eat dead baseball player body parts to tell another guy about their sexual exploitations. Let’s just leave that out there and not say anything further… 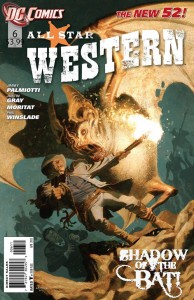 Moritat is just killing it on this book! He draws amazing creatures doing ridiculous things, and crazy people in crazy situations. This book is without a doubt been one of the highlights of the New 52, and what did you expect after the Jonah Hex comic having been so great? Up next, I believe the artist will change and we’ll go to New Orleans, but don’t quote me on that. The back-up story introduces the Barbary Ghost. It’s not especially good, but it’s fun to see Winslade getting more work. I expect to see Jordi Bernet popping up on this title again sometime soon. 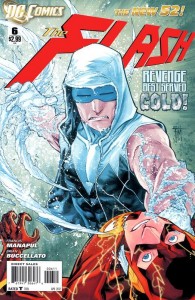 I won’t lie, I’ve been completely surprised by the quality of this title. It’s actually been way better than the past 13-issue series written by Johns with art by Manapul. This is the beginning of a new story introducing Captain Cold to the New 52. Long story short, he is not happy! After much of the past five issues had shown how the Flash maneuvers around, it’s fun to see him put more effort into the ice aspects. I’m weird, so at the end when Flash yells out a very concerned “Patty!”, I kinda laughed, but that’s just a personal problem. This is such a pretty comic, and worth it even for a casual flip-through.

Every time an issue of RASL comes out, I get upset. I love everything about it, but I spend half the issue trying to remember what happened during the past issues. It drives me crazy because I know this has been an incredible comic, but trying to keep track of all the Tesla talk will start to drive you crazy. But guess what? This is still a fantastic comic. It looks great, the plot moves along at a steady pace, and everything makes sense. Jeff Smith has proven that he knows how to tell a story (read Bone) and he’s also proven that it takes a while to release it. I’ll just keep waiting for each issue and complaining. That’s what I do.

So this may be the first comic that genuinely creeped me out. It’s a weird little tale where the character on the cover introduces you to three different horror stories, and they are just so above and beyond strange that it puts people like the Luna Brothers to shame. The last story had me actually extremely uncomfortable as I sat and read it. However, the ending seems to imply that a full story will be coming from this, as a character from the last issue makes a brief appearance. This is what good “indy comics” are really made of. It’s bizarre, fun… and slightly unsettling. 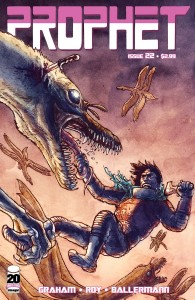 Ultimate Spider-Man #6 Writer: Brian Michael Bendis Artist: Chris Samnee: Worth it for the Samnee art, not so worth it for the Bendis dialogue. Still good stuff.

I, Vampire #6 Writer: Joshua Hale Fialkov Artist: Andrea Sorrentino: This comic is still interesting, but they messed up a huge piece of art in this issue, as in a decapitation that didn’t work right at all. That’s me complaining. That is all. 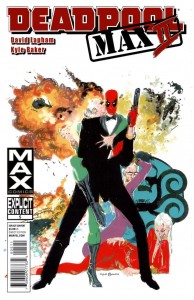 Deadpool Max II #6 Writer: David Lapham Artist: Kyle Baker: This comic is still awesome, but about to be canceled. You guys have failed me again.

Aquaman #6 Writer: Geoff Johns Artist: Ivan Reis: This issue actually turned me off from this title. It was boring, and Mera was just a horrible person for the whole thing. No incentive to care about her as a character.

The Savage Hawkman #6 Writers: Tony Daniel & James Bonny Artist: Philip Tan: Oh Man I hate this book! On top of everything that sucks, they’ve decided to effectively ruin Gentleman Ghost. I hate to say this, but maybe Rob Liefeld will make this book better.

Batman: The Dark Knight #6 Writer: Paul Jenkins Artist: David Finch: Ugh. This is a book that will make your brain bleed. Do you want your brain to bleed? No. Then don’t read this book.

And that’s it! I’ll try to be back as ever with more when I can. So… I’ll see you then!