The Latest and (Mostly) Greatest #36 by Dan!

Back again! Now that Phil’s stopped reviewing every DC title I’m gunna take his lead and go back to the regular amount of laziness. Let’s do this! 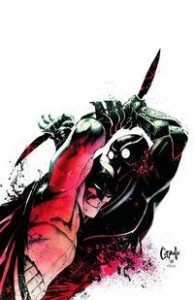 So Batman has been a surprise. I knew coming from Detective that Snyder had a grip on the Bat-family, but his first real work with Bruce as Batman has been amazing. What’s really been the surprise of the whole thing is Capullo. I’m gunna be totally honest here, his work on Haunt was dreadful, but I think that’s because he had Todd McFarlane inking him (‘inking’ could also mean ‘ruining’ in this case…) Since going out of that area and having Jonathan Glapion inking him, it’s just become pretty. I love everything about it. Snyder’s picking up some threads from his Gates of Gotham mini, and the Owl theme is working beautifully. It’s absolutely stellar and I don’t think I can possibly recommend it more. 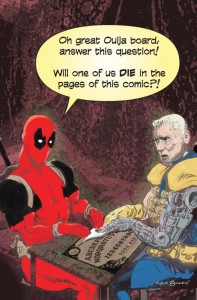 I should hate this book, but I just love it so much. Lapham is being his Laphammiest (that’s not a word) mixing Marvel characters that are familiar with his crazy concepts, and Baker’s art is fully embracing his new digital style. What’s odd is that I really hate that style that he has now, unless it’s on this book. This book is the exception to the rule, and Lapham and Baker are just killing it. I don’t see this book lasting much longer (it’s probably another 12 issue maxi-series), but I’m gunna enjoy the hell out of this ride while it lasts. Won’t you come ride the crazy train with me? 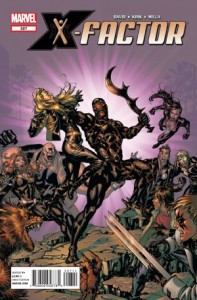 David is still taking this book in directions that you don’t expect. Everything from the hangman last issue is picked up here, with a little demon action added in. David knows exactly how to use Layla Miller effectively, and has had the voice of Jamie Madrox down for the entire time he’s been writing the series. This is, by far, the best X-men book month in and month out, and that’s because it barely counts as an X-book. They never bog David down in crossovers, they never make him go along with the latest trends, it’s just X-Factor being X-Factor and that’s absolutely flawless. Why can’t all the X-books be independent like this? 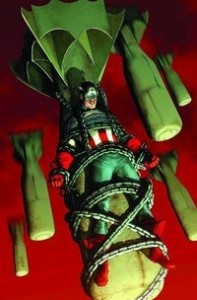 Just because McNiven drew Old Man Logan means I’m gunna love him for the rest of my life. And it’s not like this is bad stuff. It’s just exactly what you expect from a team like this. Cap is stuck fighting someone from his past (How many people can there really be left from his past, Jeez…) but Brubaker takes it in a different direction with altered realities and more. This is exactly what you want from a Marvel comic, in that I’m wondering what’s coming next, and looking forward to the next installment. Sounds like one more McNiven issue, then an Alan Davis arc, which is just as awesome, in my opinion. 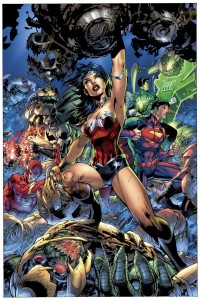 I won’t say much about the Jim Lee art; it is what it is. Some of you will love it, some of you will hate it, I find myself just sitting there going, “meh.” But after three issues, how’s the story coming along? The correct answer is… slowly. It takes until the last page to finally get every member from that first issue cover to actually show up in the comic, and they aren’t even a true team yet. Johns is embracing the slow burn, but it’s actually working. After a lackluster first issue, I’ve felt like the second and third have been much, much better. The story is moving along at its own pace, and it doesn’t make any apologies about it. Johns is telling his story his way, and I’m enjoying every minute of it. I never thought I’d actually buy a Jim Lee book, but here ya go… 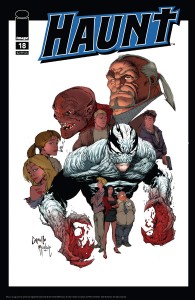 So Haunt hasn’t gone off the rails, but only because it was never on the rails to begin with. This is the final issue of what was supposed to be Kirkman/Ottley/McFarlane together, and it ended up barely having the last two in it. The story was OK, but nothing to really draw you back in. I only really bring it up because the next issue is done by Joe Casey and Nathan Fox. No seriously, that team is taking this book. It feels like Milligan-Allred on X-Force. You know it’s going to be amazing, and no one is going to buy it, but man, they really really should. Hell, I might even buy it depending on what happens!

Incredible Hulk #2 Writer: Jason Aaron  Artist: Holy Crap, that might be more than Haunt had…

This is a terrible comic for a multitude of reasons. It’s Jason Aaron at his worst, meaning it’s just average. On the other hand, the art is just terrifying. But when you check the credits, there’s 3 pencilers, 2 pencil assists, one finisher, and 5 inkers. Do I really need to elaborate on how that’s going to be a problem for any company? You bring in “Image’s Own” Marc Silvestri to do this comic and he doesn’t even make it past issue one without help! For God’s sake, Rob Liefeld and Jim Lee have put out 3 straight comics ON TIME in this day and age! Ditch Silvestri, make a choice on who your artists are, and fire them if they can’t pull it off. Don’t put out dreck like this and expect us to eat it up…

Now I’m gunna do something new. I’m gunna throw out one or two sentence reviews of the other stuff. We’ll call this the “Not a lot to say, but Still Something” section 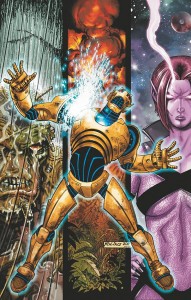 My Greatest Adventure #2 Writers/Artists: Various: This anthology comic is pretty much awesome. The Kindt-Kolins story is still the highlight for me, but you might like the Tanga stuff…

Fear Itself 7.3 Writer: Matt Fraction Artist: Salvador Larroca: This is just an extension of the Invincible Iron Man series which means that it’s just fine.

Butcher, Baker, Candlestick Maker #5 Writer: Garth Ennis Artist: Darick Robertson: This latest section of the Boys has been way better than the other two mini-series. So good, so so very very good. 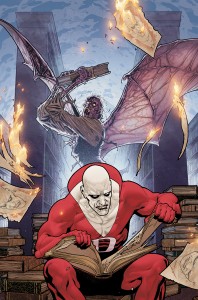 DC Universe Presents #3 Writer: Paul Jenkins Artist: Bernard Chang: I’m still not sure I like this, but it’s very pretty to look at, and it’s only like a 6-issue story. Worth sticking around for

Northlanders #46 Writer: Brian Wood Artist: Declan Shelvey: As Northlanders comes to an end, I know I’ll be making millions in a couple years by having every issue. Kidding, but it is really rad Viking violence, so there’s that.

Wonder Woman #3 Writer: Brian Azzarello Artist: Cliff Chiang: Chiang is just so good that it carries this book. He’s off after issue 4, so we’ll see if the story holds up after that…

And that’s it! You guys know the drill by now, I’ll be back on Sunday with even more comic goodness. Whoo!