Alan put this book out as my contribution to the “Pick Hits” wall for the week without even asking, because he knows how much I love Dorkin and Thompson’s spook-chasing critters, and this crossover with Hellboy (with Mignola providing the Big Red Demon’s dialog) doesn’t disappoint: same clever bits, same effective characterization, same refusal to go for the easy cuteness, same wonderful, award-winning art. If you’ve never encountered Beasts of Burden before, this is a great intro, and a perfect Hallowe’en present; if you like it (and who wouldn’t?), then check out the Animal Rites hardcover: almost 200 pages of these guys’ former appearances, in full color, for just a penny under $20. It came out in the spring, and remains the best book of the year. 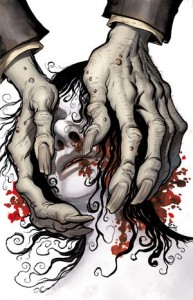 Powell does the writing on the main story, while Hotz supplies the art; that’s a good match, since Hotz has much the same fondness for the grotesque and the shadowy, and Powell’s humor is still able to come through. It’s Billy the Kid and circus freaks vs. Jack the Ripper in Victorian London (if that wasn’t obvious from the 12-word title), and since there’s also a six-page chapter of a Goon serial by Powell, a good Hallowe’eny time is had by all; this plus the Beasts of Burden book should get you in just the right mood for all those trick-or-treaters tonight. 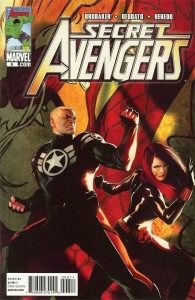 Ed Brubaker is, apparently, writing every Marvel book not by someone named Bendis, and this week features three of his contributions. Incognito is his creator-owned, out-of-continuity superhero noir, with bad guys trying to go straight, deadly dames, betrayals and grit; he and Phillips by now are a well-oiled team, and this first issue of a new story is smooth, compelling storytelling. So too for Cap, a book he’s now been helming for… geez, over five years now, quietly building, month in and month out, one of the most consistently entertaining casts of characters in comics. This issue starts an arc about Bucky-Cap’s arrest, as his crimes as the Winter Soldier have been exposed, and offers a good place for new readers to jump on the sleek, dependable train that Brubaker’s built. Finally, there’s Secret Avengers, which is also starting a new tale; this one features Shang-Chi, and looks to be an affectionate callback to all those Moench/Gulacy/Zeck Master of Kung Fu books from the ’70s and ’80s. Steve Rogers, the Black Widow and Shang-Chi against an army of ninja assassins bent on resurrecting the deadly Fu Manchu, all drawn by Deodato: that’s pulpy goodness at its best, and just the kind of thing at which Brubaker excels. 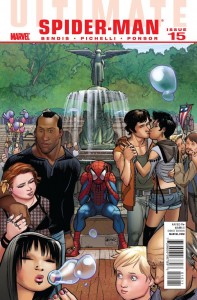 Speaking of Bendis…. Avengers ends its first arc, a time-travel/future Avengers/Kang/Ultron/Immortus deal that drops lots of hints about future plot developments, destroys and rebuilds New York a couple of times, and probably stuffs more plot into its pages than is comfortable; still, watching Romita Jr., Janson and Palmer illustrate it is a hoot, and there’s all the typical Bendis character interplay and snark to keep things rolling. Ditto for Ultimate Spider-Man, although there instead of centuries-spanning galactic warps we get high-school soap-opera (if my high school had had Peter Parker, Mary Jane and Gwen, Iceman and the Human Torch all going there — plus assorted other super-characters — it would have been a lot more interesting), as Peter deals with the angsty aftermath of the last big plot; it’s one of those quieter, conversational small stories in between the larger arcs that Bendis does so well. Pichelli’s cartoony art wouldn’t work very well on, say, Avengers, but it’s a good fit here; she makes you believe that these kids could be 15 or 16 years old, and that they’re worth caring about: no small feat. 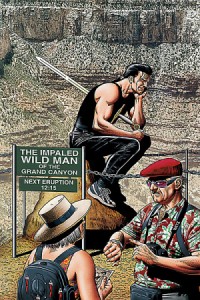 Just a mention that this title is moving toward a big climax, as the titular Jack is a dragon in a cave, hoarding gold and other treasure, while his son (also named Jack), plus the mechanical owl, plus the three sexy-but-deadly librarians, plus Raven and a bunch of Oz fables, are all converging there to either kill or defend him. If you haven’t checked in on this in a few months, see what you’ve been missing?

Stuff I bought but don’t have anything new to talk about, so look up old reviews of these titles in the archives if you want to know about them: 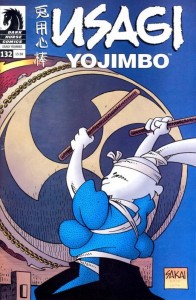 Stuff I didn’t buy, but wanted to talk about anyway:

This one might be of interest because Lex has a long conversation with Death (yes, the

Goth-chick DC version), and Neil Gaiman wrote/consulted on her dialog. Paul Cornell continues to do surprisingly well at playing the Lex-but-no-Superman hand DC editorial has dealt him; if I cared even a little bit about Lex Luthor, I might be buying this (oh, and there’s a nine-page Jimmy Olsen backup, but even though it’s surprisingly readable, too, I can’t think of anyone in the world who would care about it, either. That’s just what it means to be Jimmy Olsen…).

Millar and Dillon do vampires: fluffy and colorful as cotton candy, and with exactly as much nourishment. Hard to believe that the X-Men vampire thing is actually more compelling and readable (which, yes, is damning with faint praise, since I’m not buying that one either), but there you go.

Not by Straczynski; that’s a whole three issues before they had to go to a fill-in, if you’re counting. So, how’s a hastily-created fill-in to a story that wasn’t that compelling to begin with working out? Just as forgettably and badly as you’d expect. If you pick this up, check out the 13th page of the story, and look at the cake sitting on the plate on the counter. See it? Marvel at its demonstration of perspective and realism: that may be the worst-drawn item in any DC comic this year.

With 40 years of experience in comic reading, collecting and reviewing, English Professor Phil Mateer has an encyclopedic mind for comics. Feel free to ask Phil about storylines, characters, artists or for that matter, any comic book trivia. He will post your questions and answers on the AABC blog. His knowledge is unparalleled! He is also our warehouse manager, so if you are looking for that hard to find comic book, ask Phil!
View all posts by Phil →
This entry was posted in New Comics, Reviews and tagged Action Comics, Avengers, Beasts of Burden, Bendis, Billy the Kid, Brubaker, Captain America, Eric Powell, Evan Dorkin, Goon, Hellboy, Incognito, Jack of Fables, Jill Thompson, Kyle Hotz, Lex Luthor, Master of Kung Fu, Mike Mignola, Millar, Neil Gaiman, Sean Phillips, Secret Avengers, Superman, Ultimate Avengers, Ultimate Spider-man, vampires, X-men. Bookmark the permalink.