The Latest and (Mostly) Greatest #68 by Dan!

All right folks, I’m back in action! It’s time for another round of “I don’t know what to say, just buy it!” Let’s do this! 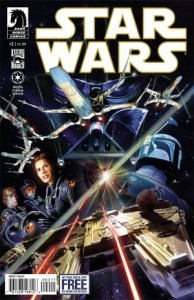 So this book is shockingly good, but then when you stop and think about the team involved in it, it begins to make more sense. Set between Star Wars and Empire Strikes Back, we all know where the story is going to lead, but the actual telling of it is what matters, and with that, Wood knocks it out of the park! D’anda’s got one of those styles where he draws cartoony but almost hyper-real, and it actually works well with this book. The aliens look like aliens, and the people look like people (which is surprisingly high praise). It’s a very fun book that’s had a solid first two issues. I’d recommend picking it up now before it completely sells out. 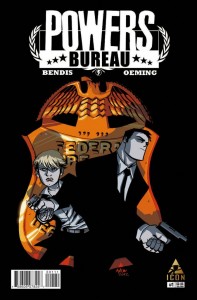 This is on the other side of the spectrum. If you have invested in Powers at this point, there’s about 15 trades to get before trying this out. Powers has never been very user friendly, but it’s a chance for Bendis to use his overly talkative writing style to an advantage. Every issue is just another episode of a procedural (just ask FX about that), but it becomes hard to follow when you haven’t read an issue in about 6 months. I want to love this book. It’s exactly the kind of thing that Bendis should be doing, and each page Oeming draws is perfect, but the erratic schedule (along with a 5 page letters section of apologies) is just very off-putting and upsetting. 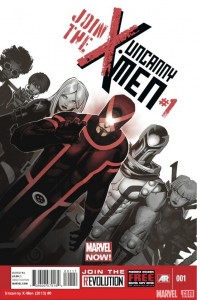 The good part about this? Bachalo’s art style has grown on me enough that I like it now. It’s a nice-looking book as long as you like Bachalo’s style. The bad part? It’s Bendis not writing Powers. The weird part about this book more than anything is how much I don’t remember about the plot while reading it! I actually had to reflip through the book to remember what exactly what was going on. Basically Cyclops is recruiting, and someone is going to try to stop him. It’s not very good content-wise, and it’s not very memorable, so I can’t really say much about it overall. 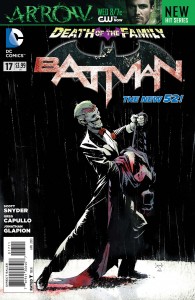 Bear with me folks… this one will be a little ramblin’. DC has built to these two finales (Swamp Thing should have been out last week, but shipping errors blah blah blah) for quite some time and it’s interesting to me because they both fail but for completely different reasons. I won’t spoil what happens in Batman, but there’s really not much there to spoil. It was a pretty unsatisfying end to what had been a stellar series. Capullo has absolutely killed it on the art, but the direction the story takes just doesn’t work. Also worth mentioning is that Snyder had Bruce Wayne do something 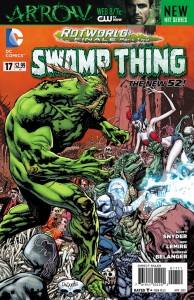 so colossally stupid, that I can’t even take it!

Now Swamp Thing had built with Animal Man as something that could be very interesting. This whole Rotworld crossover had been pitched as everything that was built was finally coming to an end. Some pieces did come to an end, but overall, it was all set up to the “Next big thing” and that just made me burnout even harder. But don’t worry! It’s to be continued! But that’s really not enough for me to stay even remotely interested in the future of the title. It’s too bad because ALL these storylines just had so much potential. 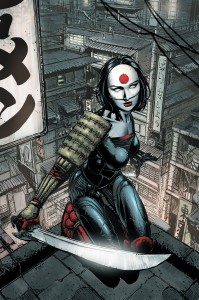 Two big debut issues that aren’t nearly as important as the publishing companies think they are. Katana is a well-writen story that is just, for some inexplicable reason, absolutely hideous. I don’t care too much about the actual story, but at the same time, it’s not bad. Go figure. It’s tied into the new Justice League title, so if you’re interested, get on that. Secret Avengers is actually pretty good, but a bit predictable. It’s building a ‘big’ secret that I’m not sure I’m ever going to care about, as the new Nick Fury that they’ve forced in is so stupid that I can’t handle it. 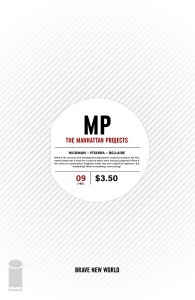 Cable and the X-Force #4 Writer: Dennis Hopeless Artist: Salvador Larroca: This book has so much potential, and seems to be moving toward it. I actually am growing to like it a lot, but we’ll see.

Demon Knights #17 Writer: Robert Venditti Artist: Bernad Chang: I’ve actually liked this book since it started. It’s a lot of fun with goofy characters that don’t get as much recognition as they should. Very good stuff. 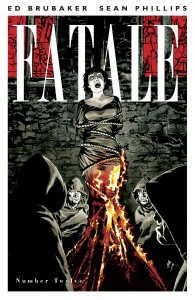 Fatale #18 Writer: Ed Brubaker Artist: Sean Phillips: A very strange one-shot story for this title, but it’s Fatale, so you know it’s not going to be bad. It’s just a weird tone shift for a title normally in a noir setting.

Fantastic Four #4 Writer: Matt Fraction Artist: Mark Bagley: I want to like this book, but Bagley’s art has started to bore me to no end. The story itself is very, very good, but I just can’t commit to it when it’s boring to look at.

America’s Got Powers #5 Writer: Jonathan Ross Artist: Bryan Hitch: This has been a fun little mini-series with no tie-ins to anything else. It’s just a good old fashioned hyper-political story about screwed up kids.