The Latest and (Mostly) Greatest #63 by Dan 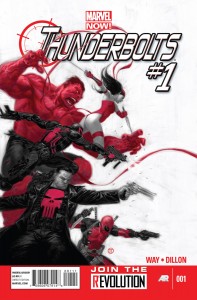 This introduction to the all-new Thunderbolts is your traditional team-building first issue, but laid out in a different way. The Punisher is tied up with a collection of mobsters ready to close in, as General Ross gives him a very lopsided ultimatum. There’s info about every single character put into place in a pretty violent way, and I can only imagine the dark twisted pieces of this comic will not disappoint. It’s like the early run of Deadpool for Way, and that was some of the best. Dillon’s at his strongest when his basic art gets a little kick of the ultra-violence, so he shines in this issue. A good first set-up that has me wondering where we’ll go from here. 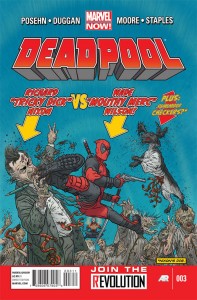 Seriously though, 3 issues in six weeks? This is a bit ridiculous. But it’s worth it for this title. So far in the Marvel NOW! relaunch, this has been the absolute best of the bunch. Posehn and Duggan know how to put a laugh in almost every panel, but still advance the plot. This issue, Dr. Strange comes in to help, giving Deadpool a very plot-device heavy sword, and Gerald Ford goes down in a pretty fantastic helicopter-related way. If the writers can make this book like 20-30 issues on the plot of jokes about killing presidents, I will love them forever. Moore’s art is stellar, but I’m always paranoid he’ll bail out after six issues. We’ll see, but right now this is the best of the relaunch. 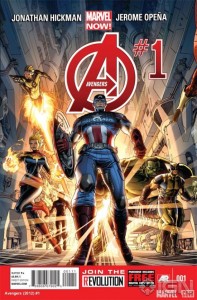 An enjoyable first issue that has every reason you’d ever love or hate Hickman in one little ball. This is going to be a high-concept, slow-burn type of story that will actually lead to a fair amount of punching, but you have to give it time. It’s the kind of book that you’ll have to commit yourself to for the long haul, so it’ll be interesting to see how the sales last. The art is very modern, in terms of heavy shadows and big action scenes. This issue sees the traditional Avengers get the crap beat out of them, which leads to a new team needing to come around. It’ll be interesting to see where this goes, and overall this first issue was enjoyable enough. 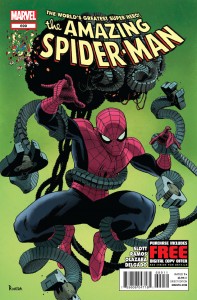 This issue follows up immediately where the last one left off, with our dying “Doc Ock” laying in his hospital bed contemplating just what he can do. Last issue’s big reveal was freaking fantastic, and this issue doesn’t let up on the fun from the past. Slott keeps things moving in a way that you can’t ever quite predict, and that makes it completely fun. It’s a Spider-Man comic, so we all know that Peter Parker’s going to win and save the day, but Slott has made it so you can’t predict quite how that’s all going to happen. I look forward to seeing the 700th issue and what the future holds for the Webslinger. 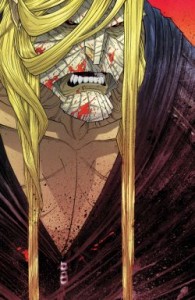 So this is the sequel to the Strange Talent of Luther Strode. The first series was about a weakling discovering a secret to make him all powerful. Then EVERYTHING went wrong for the poor guy, now he’s a hulking crazy superhero with excessive amounts of violence. This series picks up right where the last one left off, and doesn’t even remotely bring down the violence a notch. It’s a super intense first issue of a super intense series, and I enjoy everything about it. It’s one of those types of series where nothing is sacred, everyone’s going down, and you never know what’s coming next. Near perfection. 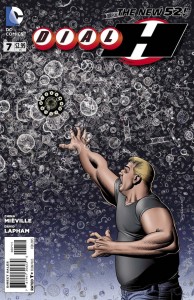 So apparently Lapham’s on this series for a while now, as this is his second consecutive issue, and I feel like his clean style works as a complete opposite of what we were dealing with in previous issues. Things are a bit calmer now, but that could change at any moment, so Lapham’s old school art style fits perfectly. I’ve really enjoyed this story from the very beginning, and the way that Mieville has adapted the 70s concept to hold in a modern setting has been one of the highlights of this new wave of DC books, I feel like this needs to get tied into the DCU in some way soon, or else it’s just going to feel like an independent Vertigo book and it’s going to lose it’s audience. Buy this book! 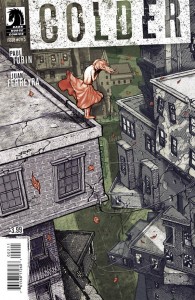 Colder #2 Writer: Paul Tobin Artist: Juan Ferreyra: Much creepier in this second issue. The art is absolutely beautiful, and the story is catching up in quality.

Hellboy in Hell #1 Writer: Mike Mignola Artist: Mike Mignola: Mignola draws and writes the hell out of this issue, and it has plenty of twists and turns as Hellboy goes to… Hell. It’s a lot of fun to say the least.

All New X-Men #3 Writer: Brian Michael Bendis Artist: Stuart Immonen: The story finally gets put into place in the third issue of this series, as Bendis’s traditional slow burn comes along. It’s enjoyable, good… not great, but I am wondering what’s next? 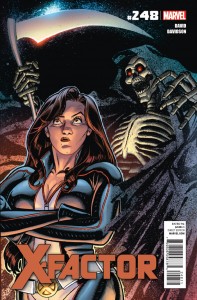 X-Factor #248 Writer: Peter David Artist: Paul Davidson: Guys. This just in. X-Factor is really really good. This is follow-up to issue 246 and it was well worth the wait. As usual, things are coming together, and that’s dangerous for X-Factor

I Love Trouble #1 Writer: Kel Symons Artist: Mark A. Robinson: An interesting little Indie book about a girl who figures out how to teleport. Things are put in place that aren’t bad, but overall it’s a meh. We’ll see if it gets any better.

Fury #7 Writer: Garth Ennis Artist: Goran Parlov: Only so many ways to love this book. I think it’s one of the best on the market. Great stuff 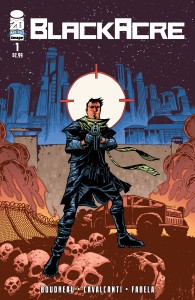 BlackAcre #1 Writer: Duffy Boudreau Artist: Wendell Cavalcanti: This is an interesting concept (America in the dark age) but I’m just not sure yet. It’s ok, but I won’t go much further than that.

Detective Comics #15 Writer: John Layman Artist: Jay Fabok: So contrary to it’s cover, this has barely anything to do with the Death of the Family story, and that’s not a bad thing. Layman’s killing it on this series.

Daredevil: End of Days #4 Writer: Brian Michael Bendis Artist: Klaus Janson: Speaking of Bendis’s slow burn, this series should probably be 6 issues. It’s good, but not quite great. But it does have some beautiful Sienkiewicz painting in it that more than covers the price of admission.

And that’s the week! Spoiler alert, I’ll be here next week too… be afraid, be very afraid…