The Latest and (Mostly) Greatest #61 by Dan!

All right folks, it’s a big week with lots of things worth noting, so why not check out some of the best (and possibly worst) of the week. Let’s do this! 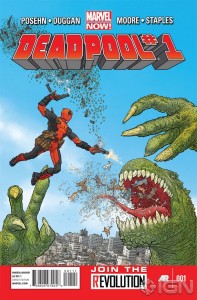 This is a book full of political assassination jokes; do you need to know anything else? You do? Oh…Well, alt-comedian Posehn’s dark comedy style is clearly injected into this piece and that makes it surprisingly hilarious. Where Daniel Way was relying on the multiple narrators in Deadpool’s head to crack all the jokes, Posehn and Duggan put them all out on the table and out loud, coming from everyone in the story. It’s a good book that doesn’t even remotely try to take itself too seriously, and it’s probably the most fun you’re going to get from a Marvel NOW! book.  Fun stuff. 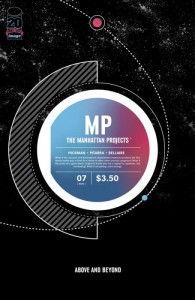 Holy guacamole, I love this pretentious book. This book is probably the most ridiculous, high-concept, interesting book on the market, and I absolutely love it. The big reveal this issue is literally that a dog talks, and that things might not be what you think they are. Hickman’s been building this story for every issue, and I’m wondering how long the world-building is going to occur. Hickman talks about his recent issues with scheduling in the back of the book, and I appreciate his honesty. I guess we’ll pretty much never see an issue of Secret again (or at least not for a while), but it never hurts to have a writer let the audience know what’s up. 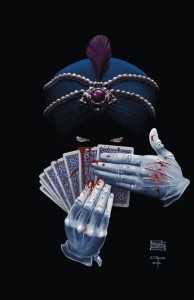 Boy, has this whole series gone off the rails or what? Straczynski has talked about how he got to write this two-issue mini because he had turned in all his scripts first, and I of course have to wonder if he shouldn’t have taken a little more time with them. The problem in this series is that this isn’t the Moloch character I know. Straczynski has been one of the biggest advocates of this project, and he seems to be writing his own stories, almost completely ignoring the original material. It comes out as complete drivel drawn by really fantastic artists. It’s pretty, but it’s drivel, and there’s only so much you can shine up a piece of crap… 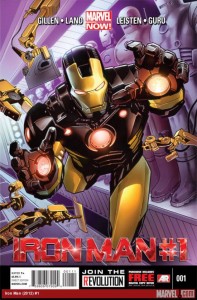 And if this ain’t just the exact opposite of Moloch, Greg Land’s static tracing habits almost completely kill this book. He’s lucky that his Iron Man looks pretty or this would be unreadable. Gillen’s story has a lot of potential, and I’m actually interested to see where it goes, but my goodness Land’s art is just awful. Gillen has a complete grasp over all the characters already, and I’m excited to see where he goes with the Stark-Pepper Potts relationship. There also bringing back the Extremis armor to remind you about it before a movie comes out, but I can live with it. Hopefully some kind of art style changes though, because this first issue was rough. 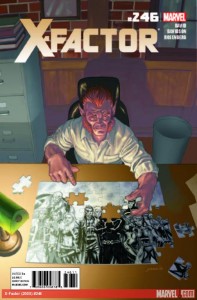 I knew it was coming. I knew the punchline of this issue was coming. It felt like it was telegraphed the entire issue, it builds up almost perfectly to that moment. I knew it! And it still completely floored me. This is another dark issue in a run of unfortunate circumstances for the X-Factor team, and I just can’t believe David is blowing things up as much as he is. Everything changes, and these latest few issues have really hammered that point home. This was a slightly predictable issue, but the journey was well worth the expect conclusion. Everything is kinda going to crap for the team right now, but I trust David enough that it will be cool. 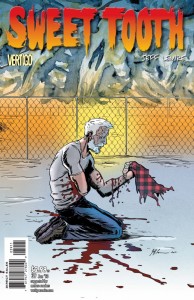 Hoo boy, I guess we can officially say that Jeff Lemire knows how to draw a hell of a compound fracture. This penultimate issue of Sweet Tooth is about as dark as it can get. Everything is coming to a head and coming to an end, and actually this issue would have worked to finish the series, if you aren’t a fan of closure. Issue 40 is going to be the epilogue that wraps everything up nice and calmly, but this issue really put everything into place and finished it all up. Sweet Tooth has been a series that has amazed me for every single issue, and I wish it could stick around longer. I’m glad Lemire has made it more mainstream because his work is just the best. 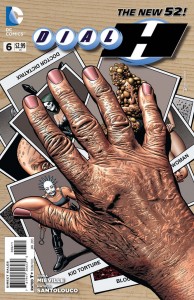 Dial H #6 Writer: China Mieville Artist: David Lapham: Contrary to the cover claims, this is Lapham on art. That means this book gets immediately better. Such a great issue.

Animal Man #14 Writer: Jeff Lemire Artist: 3 people & Swamp Thing #14 Writer: Scott Snyder Artist: Yanick Paquette: Both parts of the larger Red-Green-Grey saga keep moving along. This story has been going on for quite a while with no real resolution in sight. I worry this might wear down the audience, as it’s already wearing me down…

Daredevil: End of Days #2 Writer: Brian Bendis & David Mack Artist: Klaus Janson: This is going to be  slow-moving helluva thing. It’s not bad, but it’s not great, so the long wait and slow plot aren’t helping it’s case at all. 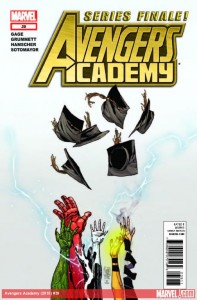 Avengers Academy #39 Writer: Christos Gage Artist: Tom Grummett: The final issue of one of the best things to come from Marvel in the past five years. It’s setting things up for the next younger people series, and that’s fine, but I’ll sure miss the quality of this series.

Defenders #12 Writer: Matt Fraction Artist: Mirco Pierfederici: What the hell happened to this book? Oh. None of you bought it so it’s cancelled. The End.

And that’s the week! See you folks next time,