The Latest and (Mostly) Greatest #41 by Dan!

Oh boy, changes are ahead. We’re figuring things out, doing that whole social networking thing and bringing you the best blog-type things we can do. That means “Fresh Eyes” has officially been retired, and we may be coming up with something new for me to do (we’ll see). In the meantime, your new comics reviews will continue! Let’s do this! 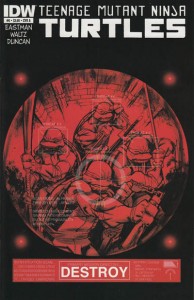 So within this whole DC 52 reboot, there’s been another reboot over at IDW. The Teenage Mutant Ninja Turtles reboot has been nothing short of fantastic. When I was a kid, I didn’t really read the comics, but I had the toys (there’s still a party bus with rockin’ Ninja Turtles up in my attic!)  This Turtles comic is treating everything as if it’s brand new, and actually rebooting the entire saga. All the characters are coming along and it’s taking it’s time. It’s been wonderful work, and I can’t wait ’til they pull in Shredder. But that’s another thing! They’re taking their time to introduce everyone and not jumping the gun. So great! 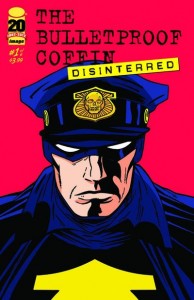 Raise your hand if you actually expected this to get another mini-series. Raise your hand if you actually read the first volume of this. OK. You’re lying if you raised your hands for both. This is quite possibly the oddest story that’s being published in all of comics, and in a world of Grant Morrison stories, that’s saying something. The story picks up slightly similar with the same retro characters, but turns this into more of a murder-mystery plot. As was the case with the first series, you find yourself thinking “hold on, What?” a lot throughout the series. We’ll see if this is as much of a parody as the first series was. 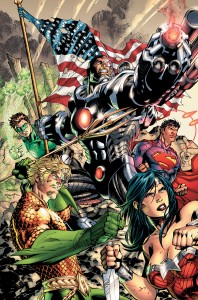 Holy deadlines Batman! After being bumped a week, you can clearly see why there was a delay with this issue of Justice League. The story is still solid, but my God it looks like the inker threw up all over the page to cover for the fact that Lee wasn’t ready. Are you surprised? On the other hand, Hawkman hasn’t missed a deadline yet, but it’s starting to look really weird. I’ve never seen what rushed Tan art looks like, but here it is. I feel like the more rushed your art is, the more real it is. And in this case, I actually like this art better. The story is crap, but that’s not the point. I’m not dying when I look at Philip Tan art, so that’s progress! 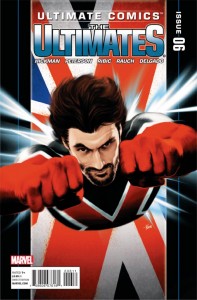 OK, you’ve re-suckered me in Ultimate line! Hickman is always going to go for a grander scale, and it works in most cases. But half of the battle is finding the right art style to accompany it. It’s a lot like Grant Morrison stuff, where it relies on the quality of the art, so ya don’t want Marc Silvestri drawing it (New X-Men burn). This book has been fairly solid and had a lot of action, but this issue has shown Hickman to slow it down and try to work out different pieces. I don’t mind that the Reed Richards of this world is all screwed up, it’s actually interesting, and I look forward to seeing what Hickman does with it. 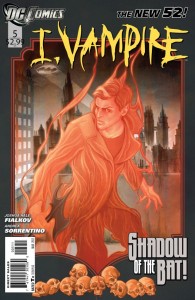 I’m still not exactly sure how this all fits into continuity, but hey! here’s Batman! He shows up this issue and joins the now 4-person team out to stop the vampires from taking over the world. Why didn’t they bring in Superman to just vaporize everyone except the one that the main character loves? Or why not call the Justice League? Or hey! It’s vampires, so Justice League Dark? Yeah, I’m nerd-ranting, but there’s practical solutions here to a problem that I’m not quite figuring out. I like looking at it though, so I’ll keep reading. 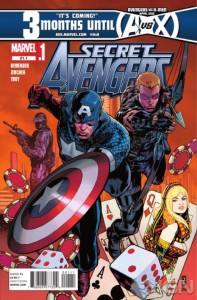 So Brubaker put together the basic ideas of what they were fighting against, Nick Spencer tried to kill it in three issues, and Warren Ellis took it to absolute bat-$#!} crazy. Now Remender takes this .1 issue to rearrange the team and dial it back to what Brubaker was trying to do. And it’s interesting. If you like generic, normal spy stuff, this is the kind of story that will work for you. It hits all the points it needs to, and sets everything in motion for future issues. I’m intrigued to see how this all goes, so Remender has effectively done his job. Don’t expect it to be a continuation of Ellis’ style, but it’s going to be its own thing.

So the new 52 is at a strange transition point, stories are coming to an end, books are being cancelled, and everyone is trying to keep up their momentum. These are three books that are hitting their marks. Aquaman is a one-shot with him facing the long joke of being stuck in the desert. Johns has been playing this completely straight, and it leads into whatever the next story is. Flash and JLDark both bring their first stories to an end. Flash planted some seeds for later stories, but hit main points and wrapped everything up. Dark ends its story but sets everything in motion for all the future issues. They are all very good stories and different attempts, so it’s worth checking out.

And that’s it! Have a good week, and I’ll be back in two!