It Came From the Back Room #12 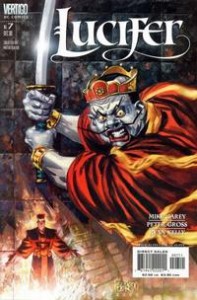 Standard recap: I’m slowly going through AABC’s one-million-plus back-issue room, restocking the boxes on the sales floor and pulling stuff to sell as discount/overstock/special items. I’m going through the alphabet backwards (don’t ask), and at my speed (even with school on holiday break right now), this amounts to a two-year project. This week, I’ve managed to finish “M” and get started on “L.” As it turns out, there are no Marvel “L” regular series (well, Logan’s Run, which lasted seven issues, but that’s under “Marvel Movie and TV Tie-ins”), so it’s all indy and DC titles for the time being. Here’s what’s now out on the discount racks:

We have two of DC’s iterations of this title available; the first is the 1988 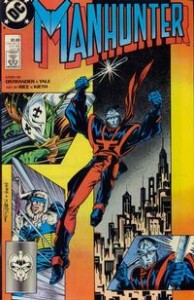 series that ran for 24 issues. It’s a decent-enough black-ops genre book, primarily due to the writing, by the dependable team of John Ostrander and Kim Yale (who had married each other just the year before; Yale, tragically, died of breast cancer in 1997).  The art is serviceable but mostly forgettable, although a few issues are by Pablo Marcos, and inking in some of the earliest ones is by Kelley Jones and Sam Kieth. If you like stuff like DC’s Checkmate, these are worth a look, especially since they’re only $1 each.

The other run available is the most-recent one, with West-Coast attorney Kate Spencer as the title character; this one survived 38 issues, with scripts by Marc Andreyko and art by Jesus Saiz (at first) and Javier Pina later, with Michael Gaydos on the last few issues. The fact that I remember almost nothing about the title’s three-year existence is, in itself, a review, I suppose…. 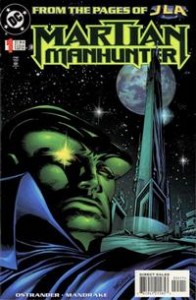 This is Ostrander-written, too, starting in 1998 and running for 38 issues, and has more going for it than the adjectiveless Manhunter, since its headline character is one of the oldest DC non-Golden Age characters, with opportunities for lots of JLA guest stars. Even better, it’s got Tom Mandrake on the art for most issues, and his moody, well-designed, Gene Colan-ish style and easy rapport with Ostrander (they’d worked on The Spectre for years together) elevates the stories considerably. Throw in a couple of decent fill-in artists (Bryan Hitch in issue #11, Tim Truman in #21, and Doug Mahnke in #24) and you’ve got an often-overlooked little pleasure. 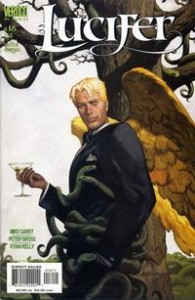 We actually don’t have any of these on the discount racks, but they’re now restocked on the main floor, and I couldn’t let the opportunity pass without recommending this title, one deserving of being on the top-ten list of the decade (it started in 2000, and ended in 2006): Mike Carey and Peter Gross (and sometimes Dean Ormiston) offer a 75-issue, self-contained run that’s worthy of Vertigo titles like Preacher and Transmetropolitan, and offers cosmological sweep, dozens of memorable characters, and a carefully-constructed story that can be read as single issues or as one big novel (since events that occur in, say, issue #7 echo and refract and become important again in, say, issue #74).

Try the first or second trades, or grab a single issue (#33, which doesn’t even have the title character in it, is a good example of a compelling, stand-alone story), and see if you aren’t hooked. Processing this title took me much longer than it should have, because I kept stopping to read through individual issues, rediscovering how good they are. Even today, almost five years after its conclusion, I keep buying X-Men: Legacy in the hope that Carey will write something this addictive and pleasurable again. So far, no, but hope springs eternal….

The Main Man is an acquired taste, but you can’t go wrong with the Keith Giffen/Simon Bisley issues: the first mini- 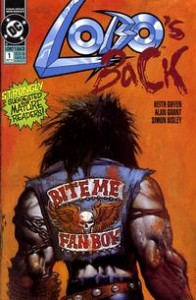 series, the second (Lobo’s Back), and the Paramilitary Christmas Special, especially; the most recent mini, Lobo Unbound, with Giffen on the script and Alex Horley on the art, isn’t bad either.

This is the current Dynamite series, an unexpected… well, not quite “hit,” but it’s lasted much longer than anyone thought, and in today’s market that’s an endorsement. There’s a nice feel for the open range in the art, and it’s a decent take on the character, although the story tends to move v..e..r..y  s..l..o..w..l..y…. 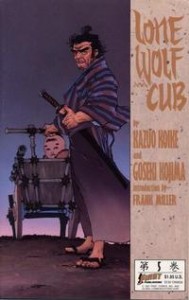 This is the series that introduced manga to most Americans (well, OK, Robotech too…) back in the ’80s, and its influence on artists like Frank Miller, Matt Wagner and a host of others was enormous. No wonder: Kazuo Koike and Goseki Kojima’s sprawling historical adventure, involving a samurai assassin and his infant son wandering the countryside of feudal Japan, offered 9,000 pages of interlocking story (although each issue was also, remarkably, able to stand on its own); gorgeous, detailed art that made both its historical era and the natural world spring to life; and a moral seriousness, even grimness, that American audiences who had just experienced Maus, 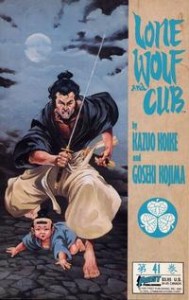 Watchmen, and The Dark Knight Returns within the previous 18 months were ready to embrace. If you’ve never read any of these stories, then here’s AABC’s holiday gift to you: over a dozen of the original First Comics editions, in the larger American comics format instead of the current manga-digest form (so that the art really pops), at their original cover prices of $1.95 and $2.95 each. You’ll never find a better gift for yourself, or a better way to relax during that leisurely break between Christmas and New Year’s Day — and, after reading about Itto Ogami’s trials, your own life and job in 2011 will already seem a lot easier.

With 40 years of experience in comic reading, collecting and reviewing, English Professor Phil Mateer has an encyclopedic mind for comics. Feel free to ask Phil about storylines, characters, artists or for that matter, any comic book trivia. He will post your questions and answers on the AABC blog. His knowledge is unparalleled! He is also our warehouse manager, so if you are looking for that hard to find comic book, ask Phil!
View all posts by Phil →
This entry was posted in Comics History, DC, Reviews and tagged Dean Ormiston, Goseki Kojima, Kazuo Koike, keith Giffen, Kelley Jones, Lobo, Lone Ranger, Lone Wolf and Cub, Lucifer, Manhunter, Martian Manhunter, Mike Carey, Ostrander, Peter Gross, Sam Kieth, Simon Bisley, Tom Mandrake. Bookmark the permalink.