The Latest and (Mostly) Greatest #96 by Dan!

All right folks, while it was a lighter week, there’s still plenty of good stuff to check out this time around. Let’s do this! 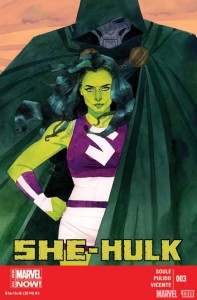 I hate feeling like I have to take a bet on when Pulido bails on this book, but I know it’s coming soon. But that’s a conversation for later; right now we should just enjoy this book for what it is. Embracing the recent success of Hawkeye and Daredevil, this book helps bring the street level lawyer She-Hulk into a more realistic setting. It helps that Soule writes the crap out of all her lawyering and conversations, so the book becomes more than just pretty pages. By the way, those pretty pages are INSANELY pretty. Every layout is perfect, every panel is awesome, and it’s a fantastic book. Sooooooooo good! 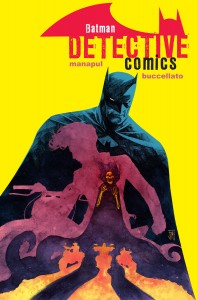 The closest that DC is going to get to that shocking fun and light-hearted style that Marvel has been putting out is that recent Flash book by Manapul and Buccellato, but that’s over now. They’ve moved onto Detective, and this first issue shows that they’re taking that tone to the Dark Knight. The layouts, as they were in Flash, are masterful, with a ton of acting sliding through every panel of every page. The story itself isn’t exactly the best, but it’s an excuse for Manapul to draw some motorcycles and set some people on fire, so it can’t all be bad.

A surprisingly competent Top Cow book, what world are we living in?! This first issue reads like a cross between Kill Bill and Mr and Mrs. Smith. It’s surprisingly interesting. A bride gets crossed by her future husband and he abandons her at the altar. She decides it’s time to get her revenge. But he’s also an assassin, and more people are in on it than you think. It’s a surprisingly action-packed, well-crafted first issue. It’s very, very good stuff. After reading it, you’re genuinely left wondering what is coming next. It’s exactly what you want in a first issue of a new comic. 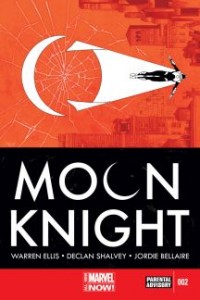 The second issue of Moon Knight carries itself a lot like the first, and I’m starting to wonder what Ellis’s plan is. Both issues have revolved around a single person acting out at the powers above him, with Moon Knight defeating them. This issue is a lot more heavy-handed, dealing with straight commentary about banking and money and how it affects people at war. I’m sure that Ellis has a long plan, but if it ends up just being single issue with his brand of social commentary, this would still be a perfect book. 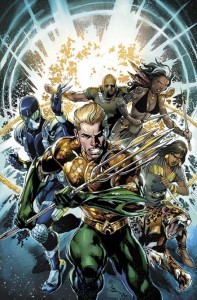 Aquaman and the Others #1 Writer: Dan Jurgens Artist: Lan Medina

These books are both setting up events, but they seem to be going in completely different directions. Aquaman is more about the team-building, with a last page reveal that shows pieces of the coming World’s End storyline. It stands alone as a perfectly good Aquaman book, and it mixes pieces of things to come. The art fits in nicely with the DC style, making this a perfect book for people interested in getting involved in the next big crossover. 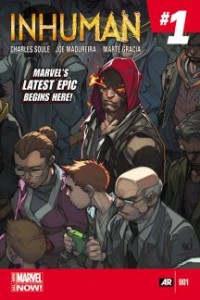 Over on the other side of publishing, we have a mess. Inhuman was supposed to be written by someone else, but we have Soule on it now (who we know can write, see my She-Hulk review), and quite possibly one of the most inconsistent artists in the history of comics. Joe Mad is so slow that this first issue was already delayed, and it’s trailing off trying to introduce as many characters as possible without any clear plan. This is the kind of book that drives out new readers, and prevents growth of a franchise. It calls itself the “Latest Epic” and it doesn’t earn it. You’d think a straight up Inhumans book would kill on the market right now, but instead we get this, full of murder, bad art, and lameness. Yeah, I ran out of words, so I just went with lameness. That word is still better than the entire first issue of Inhuman. 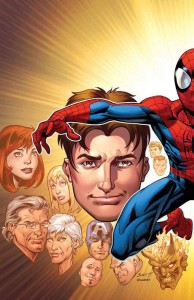 So apparently we’ve renumbered this book to hit an anniversary issue, huh? While I’m clearly not the biggest fan of Bendis’s books, he’s at his strongest when he has people sitting around talking. And that’s what this anniversary is. Two years after the death of Peter Parker, the Ultimate crew gets together, to mourn/celebrate his life. Bendis nails almost every character moment, giving everyone something to say, and setting up a bunch of two-page splashes for a multitude from past artists. Overall, it gets a little tedious, but most of it is a fun read.

I’m being super positive about a Bendis book? Maybe I should lay down… OR it’s time for Quick Hits!

Secret #7 Writer: Jonathan Hickman Artist: Ryan Bodenheim: Fighting for that spy title is Secret, which is finally coming out consistently, so we can finally see how well put together it is. Very good, consistent stuff.

Veil #2 Writer: Greg Rucka Artist: Toni Fejzula: This is going to be a slow-moving book, but that’s fine. Rucka is one of the best writers in the biz, so I’ll wait for this to really get moving before I’ll pass a full judgment. 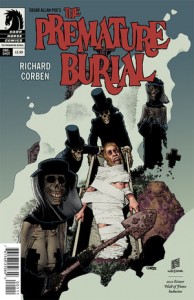 The Premature Burial Artist: Richard Corben: If Corben is just going to do Edgar Allan Poe stories in comic book form for the rest of his career, we’ll all be better off for it. These are just amazing.

Starlight #2 Writer: Mark Millar Artist: Goran Parlov: This is going to be a slow-moving, but very pretty book. At least the back of it doesn’t tell you the entire story this time… 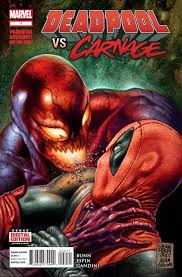 The Field #1 Writer: Ed Brisson Artist: Simon Roy: This is an odd book. It’s a normal “man wakes up with amnesia” book, but it gets super violent super fast. It’s OK, and I’m wondering what’s next, but I’m afraid it’s going to be very generic.

Caliban #1 Writer: Garth Ennis Artist: Facundo Percio: A debut issue about a lost band of travelers that accidentally meld with an old alien ship. Lots of concepts floating around, but you can trust Ennis to deliver something good.

And that’s the week! Let us know what you liked in the comments!